Allele is an alternative forms of a gene .

This sentence look similar that we learned in our classrooms.

But in yesterday’s discussion i got a clear idea about what alleles is!!!.

Sometimes the chatshala discussion makes me goosebumps,yesterday was one among that day .

The beauty of Science comes where the concepts got cleared . 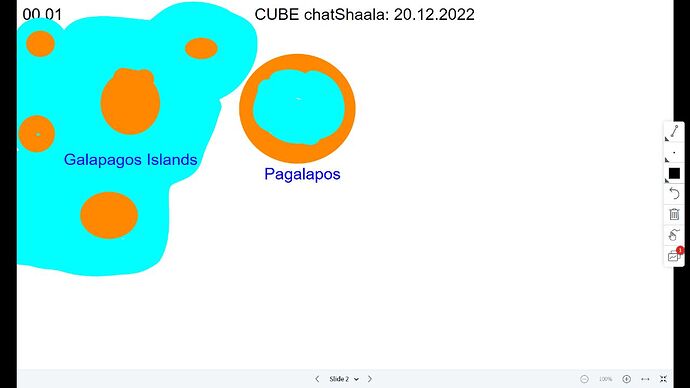 Discussion was started with the follow-up discussion of yesterday’s Pagalapos.

Where is actually Galapagos !!!

The Galápagos Islands are a chain of islands, or archipelago, in the eastern Pacific Ocean. They are part of the country of Ecuador, in South America.

Do Darwin meet his finches unexpectedly !!

Later we came to the topic where how we can connect Galapagos and Pagalapos .
Galapagos is a group of lsland that is surrounded by water,come to Pagalapos that is group of depressions on Manhole cover,surrounded by land .

Why we are Considering Rotifer as our Finches !!!

So there could be less chances for Variation !!!

But there are rotifers with variations are found !!!How !!!
May Bacterias are eaten by Rofiters later through bacterial reproduction (Transformation 'Transduction ,Conjugation )somes genes are incorporated to Rotifer !!!

We also saw a awesome video about rotifers . Later we discussed about a reference ; Bdelloidea /ˈdɛlɔɪdiə/ (Greek βδέλλα, bdella, "leech") is a class of rotifers found in freshwater habitats all over the world. There are over 450 described species of bdelloid rotifers (or 'bdelloids'), distinguished from each other mainly on the basis of morphology. The main characteristics that distinguish bdelloids from related groups of rotifers are exclusively parthenogenetic reproduction and the ability to survive in dry, harsh environments by entering a state of desiccation-induced The... 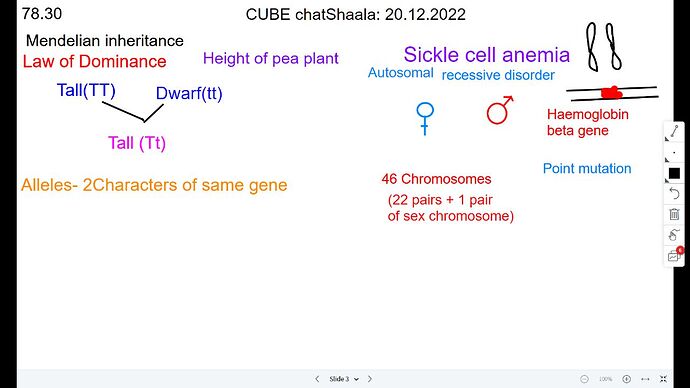 What is actually mendelian inheritance!!

@Shalini tried to explain About the Allelic segregation in Law of dominance .

What we understood by this Autosomal resistive disease!!

Coming to Chromosomal number in humans there are of 46.22pairs are of Autosomes ,1 pairs is for sex chromosome .

Sickle cell anemia is a mutation happening in the beta chain of heamoglobin . 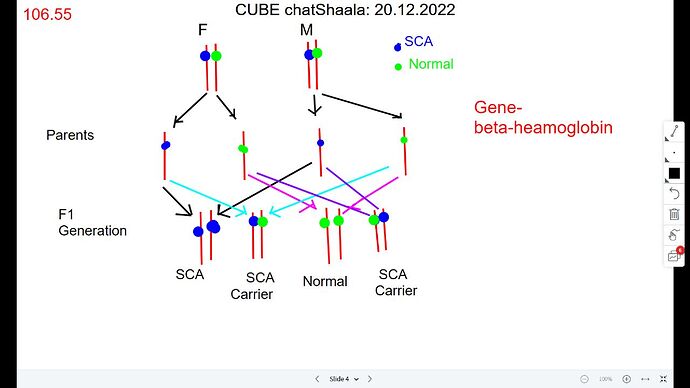 Later we tried to understand the mendelian inheritance using Sickle cell anemia!!
As per the diagram
we made a cross between carrier male and carrier female (carrier- they are carrying the gene for Sickle cell anemia/SCA but are not diseased).

So allele can produce protein !!
Allele is the alternative forms of a gene !!!