Devil is in the Detail

@Archita15 explained about how she was culturing moina at Ratnam college, she explained the process of culturing moina, she and @sakshiconsultant2002 took 25 moina from @Dhanraj’s fully filled 500ml bottle, and added them to her two bottles each. She added 250ml dechlorinated (DC) water in 250ml bottle. 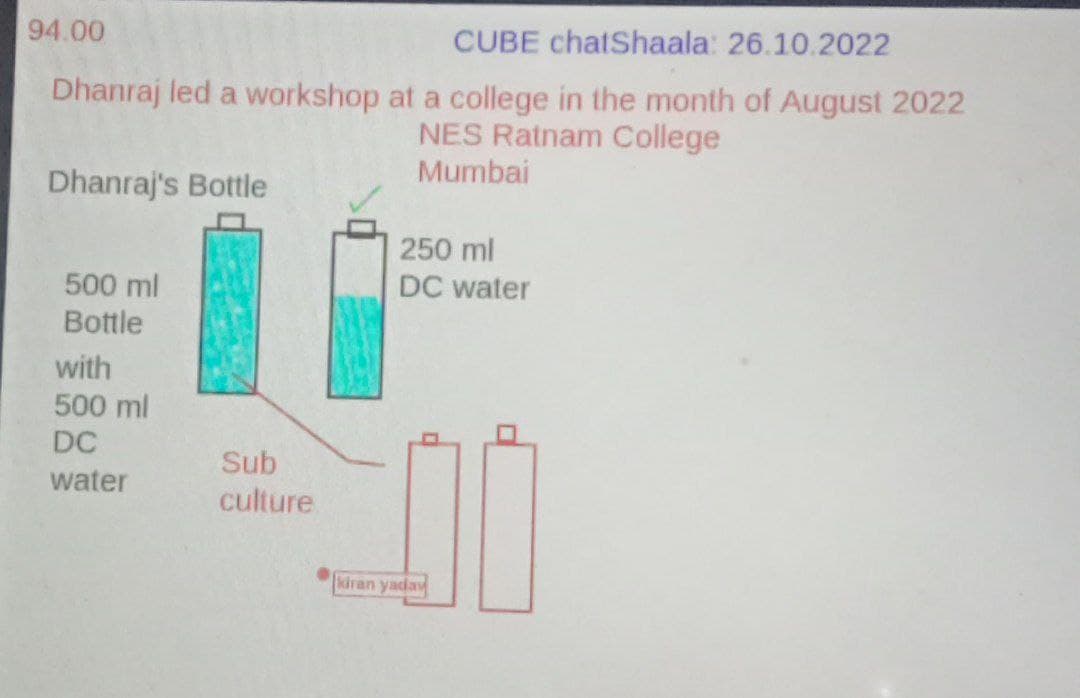 Do we think the bottle should be filled completely? How it will be beneficial or harmful?

@Archita15 also later explained when she added 25 moina in 250ml DC water in 500ml bottle the number of moina increased in good numbers, and she said she doesn’t get the odour from the bottle after 1 week time. And number of moina doubled.

It was explained that we need 250ml DC water in 500ml bottle as Moina will need enough space for oxygen to get diffused and survive.

Can we check when do we get odour in moina bottles? which setup will work better for culturing moina among these?

The bottles were left unfed for 1 week, the assumption was the moina may die, but can they also undergo sexual reproduction when unfed?