Looking forward to your participation.
Thanks☺️

36 CUBists from 33 centres joined the webinar. 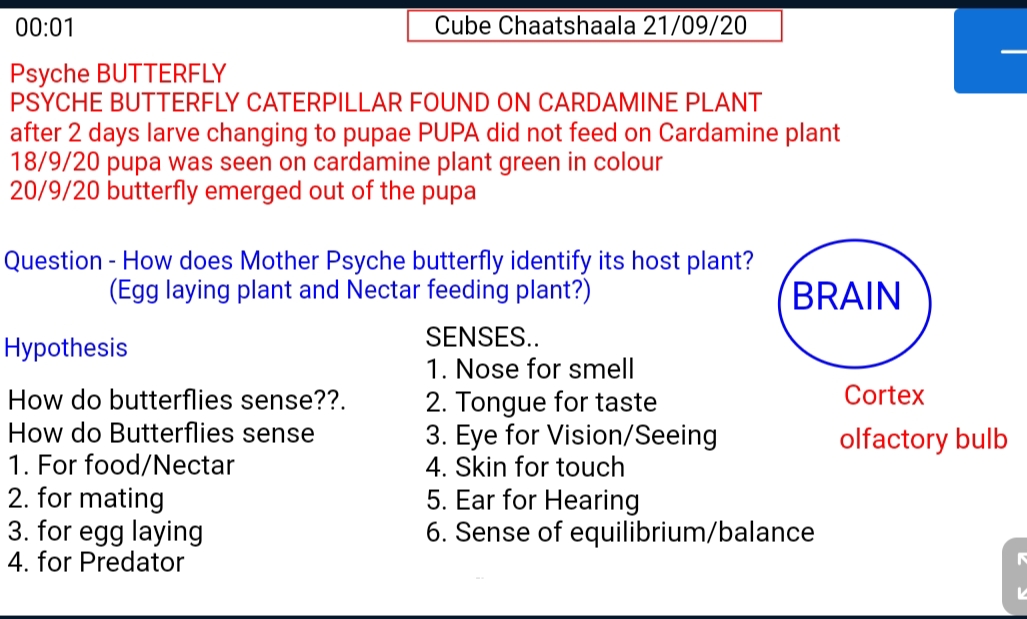 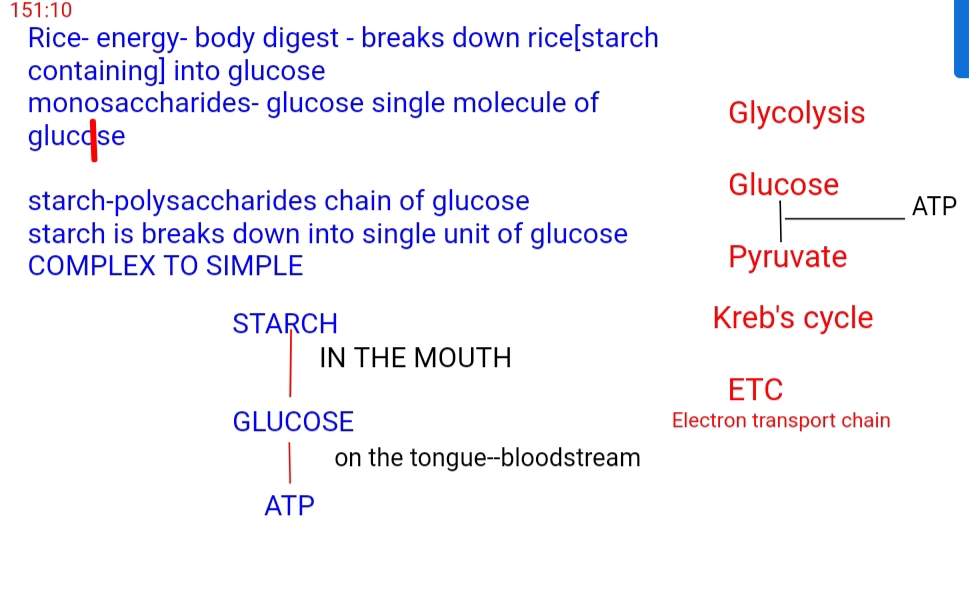 In yesterday’s CUBE Chatshaala, we were discussing how butterflies find there host plants? What sense organs do humans have? So apart from the 5 sense organs - eyes, ears, nose, tongue and skin, we found there is also a sense of balance. Proprioception - a new word for me which means the sense that lets us perceive the location, movement, and action of parts of the body.
https://www.sciencedirect.com/topics/neuroscience/proprioception
We also discussed how we get energy from food. Like, if we eat rice then how the starch in rice gets digested and converts into glucose to get energy.
@⁨Arunan HBSCE⁩ @⁨CUBE⁩ @⁨Arunima SN Nattika Cardamine⁩ @⁨Aswathy⁩

Summary of discussion by Anshu kadam

For food /Nectors
for mating
host plant for egg-laying
predators

Pupal colour variation and survival techniques in the environment. one pupa has a brown colour and one pupa got from the green environment having green colour how this butterfly sensing.and how humans digest their food.

How the starch-containing rice giving energy.starch is breaking down its simple units like glucose.rice is broken down into sugar and enters your bloodstream .

Cardamine: Lepidoptera possesses variations of the basic body structure which has evolved to gain advantages in adaptation and distribution. The head is shaped like a capsule with appendages arising from it. Adult mouthparts include a prominent proboscis formed from maxillary galeae and are adapted for sucking nectar.

They may have reduced mouthparts, while others have them modified for piercing and sucking blood or fruit juices.

Adult Lepidoptera has two immobile, multi-faceted compound eyes, and only two simple eyes or ocelli, which may be reduced. The three segments of the thorax are fused together. Antennae are prominent and besides the faculty of smell, also aid navigation, orientation, and balance during flight.

The wings, head parts of thorax, and abdomen of Lepidoptera are covered with minute scales, from which feature the order Lepidoptera derives its names, the word lepidos in Ancient Greek meaning “scale”.

Summary of yesterday CUBE webinar discussed about what are the all senses we human have and which organ is responsible for which sense . This is one of the topic we discussed .

5 sense are already started we know when we are child. Any other sense organ which we have other than this 5 .

Proprioceptor - a sensory receptor which receives stimuli from within the body, especially one that responds to position and movement.

6.Sense of Balance - Give the body balance

To view the recording of CUBE CHATSHAALA discussion, follow the link below: