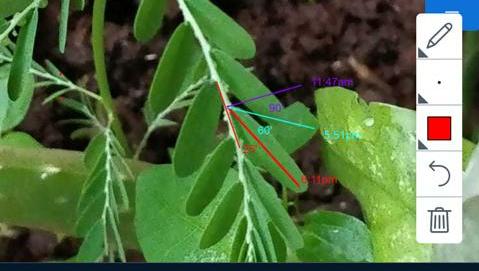 An attempt to titre the sleep of a Phyllanthus plant from Mumbai during the CUBE ChatShaala.
Questions raised:
i) How do we know that the plant is fully sleeping/awake?
ii) When should we start taking photos in order to titre the sleep?

Online software to measure the angle between leaves and stem of the branch was introduced to everyone.
Here is the link: https://www.ursupplier.com/tools/angle_measurement/
It is free and easy to use. 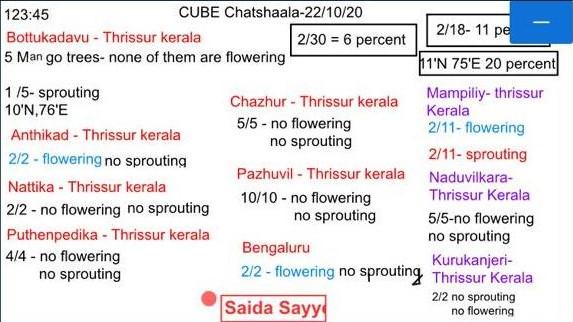 Whiteboard image from yesterday, 22nd Oct CUBE ChatShaala.
A summary of the Mango Tree Flowering survey was given by @saswathy679, @arunimakunju99 and @04872621705.
It includes the number of trees surveyed, whether flowering or not alongwith the location and overall percentage of flowering from that area. 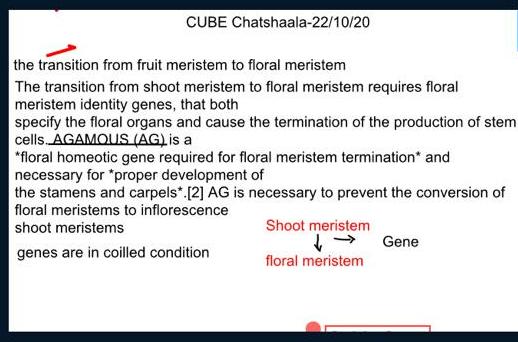 Relation of Moina with Mango Flowering!
We drew a relation of Moina with the current mango tree flowering studies and found out that both are related through a similar field of research called Epigenetics.
If we go by the definition, epigenetics is the study of phenotypic changes (heritable) without actually changing the DNA sequence.
Environment can influence these phenotypic changes too!

When the water flea Moina (colourless) is subjected to a low-oxygen condition, it starts producing extra-haemoglobin (an oxygen-carrying protein) in order to survive in that condition and appears coloured to us. Further, when we keep the same coloured Moina in conditions where the oxygen levels are normal, then it will stop the production of extra-haemoglobin and will turn back to colourless.

Coming back to the Mango Flowering, as per @saswathy679’s data, only 2 trees out of 29 Mango Trees are flowering. The rest 27 are not flowering. @arunimakunju99 made a hypothesis that Mango Trees will start flowering in a month.
How come?
Epigenetics!!
Factors such as daylength, temperature, etc, play a role in regulating the flowering in Mango Trees.

To regulate flowering, there are various proteins involved. To make proteins we need genes or indeed DNA.
What is happening to the genes responsible for flowering when the tree is not flowering?
An analogy with the Haemoglobin genes of Moina was brought up involving the process of Histone Acetylation/Deacetylation. 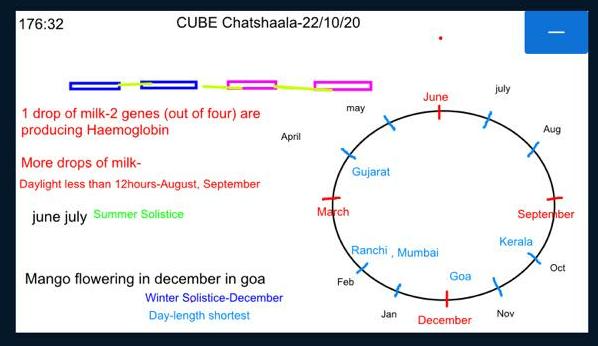 In the end, we drew a round 12month calendar wherein we listed all the months and major landmarks taking place in the respective months with respect to Mango Flowering. For example, Mango Trees have started flowering in Kerala in the month of October. But in Goa, Mango Trees start flowering during the November-December period and in Ranchi, Mumbai, mango trees start to flower as late as February-March!

We also emphasised on the effect of Summer Solstice as well as Winter Solstice on the daylight/daylength across the country and ultimately its (epigenetic) effect on the Mango Tree Flowering.

Genetic and Epigenetic Understanding of the Seasonal Timing of Flowering

The developmental transition to flowering in many plants is timed by changing seasons, which enables plants to flower at a season that is favorable fo…


Reference shared by @Arunan to draw a relation of Moina with Mango Trees Flowering under the banner of Epigenetics.

Photos credits for all the photos: @saida786110

35 CUBists from 24 centers joined the webinar.