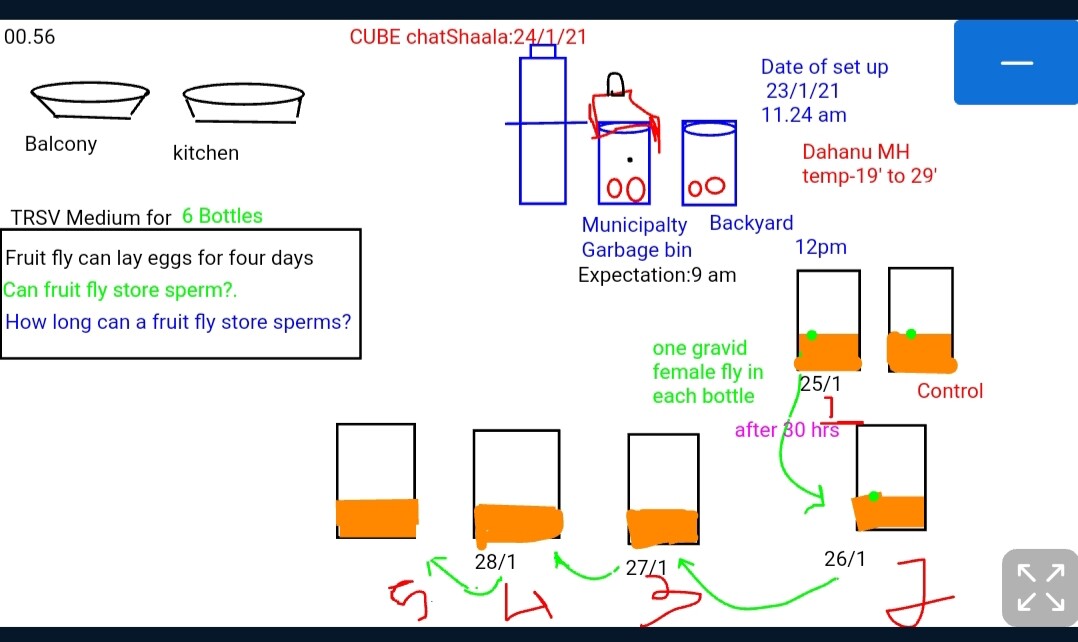 These were the questions were asked and Sachin from Dahanu Maharashtra is also interested in varify that do female fruit flies lays egg every day?.

We had also discussed further plan of Sachin…

It has been seen as per Aswathy’s experience tha Gravid female fruit fly will lay egg with in 24hrs. That’s why 24hrs will be given to the fruit fly to rest in individual bottles.

We had also discussed what are the gaps in this design… 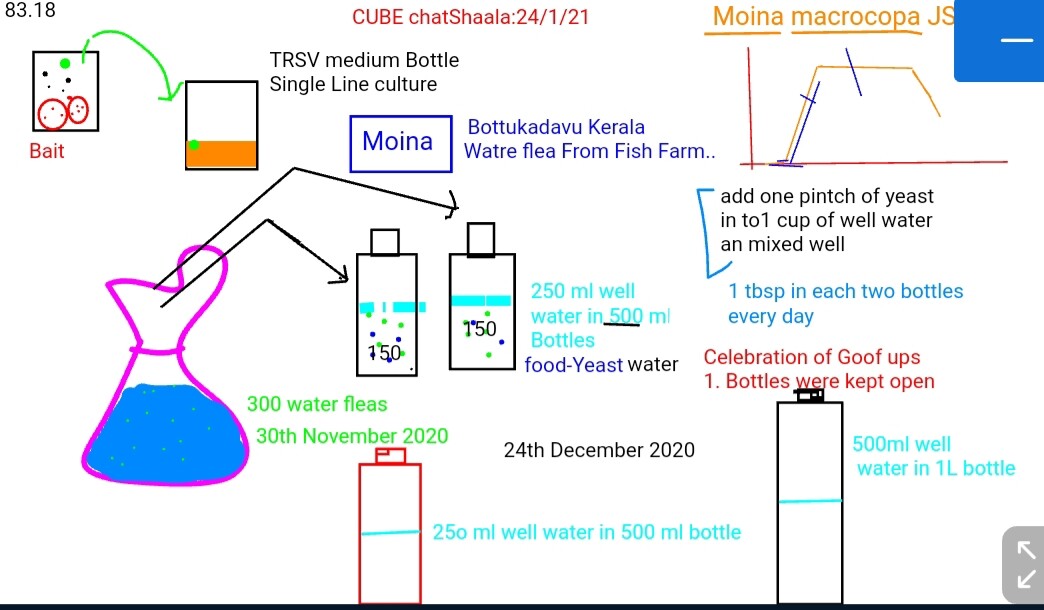 Moina another model system of CUBE, we haven’t discussed for so long about Moina.

Approx 300Moina’s were brought by Aswathy from Fish selling shop.

How to get Red Moinas?.
Why moina is turning red in low oxygen level?.
How.do.they sense the low oxygen?. 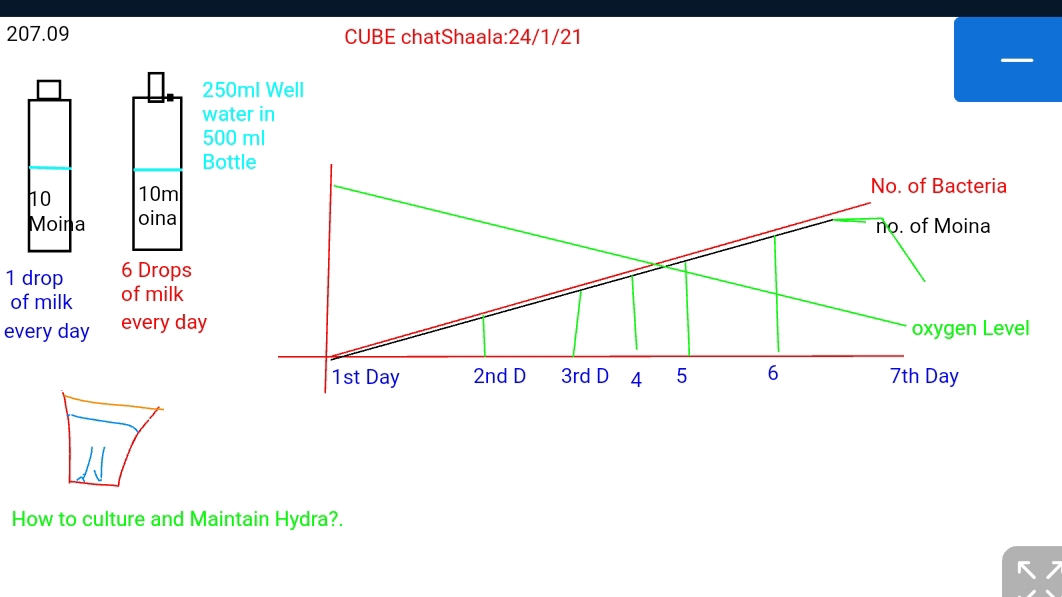 Do Moina change color gradually or does the colour change is sudden?.

So a graph was made in order to understand how do they turn red. From 1st day to 7th Day.

Bacteria in the culture bottle will be reproduced and hence no. Will increase and on the other hand also Moinas will also be reproducing and Level of oxygen will be reduced.