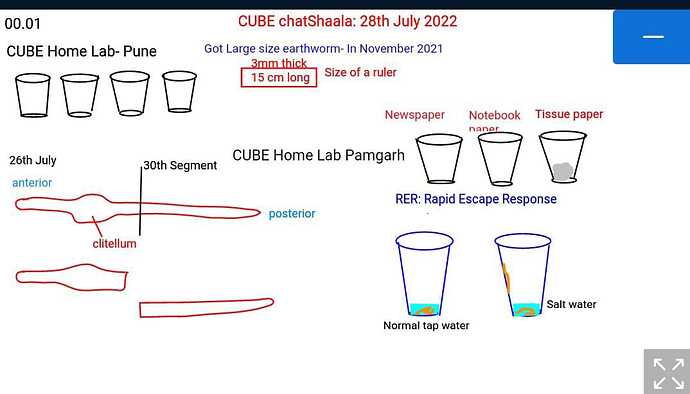 Then Thikan Sahu from Chaitanya College, Chattisgarh had also joined
Thikan has also done an experiment with earthworm-
On 25 July Thikan found earthworms in her garden after rain.
She didn’t dig the garden looking for earthworm the earthworms just came on soil surface after rain. 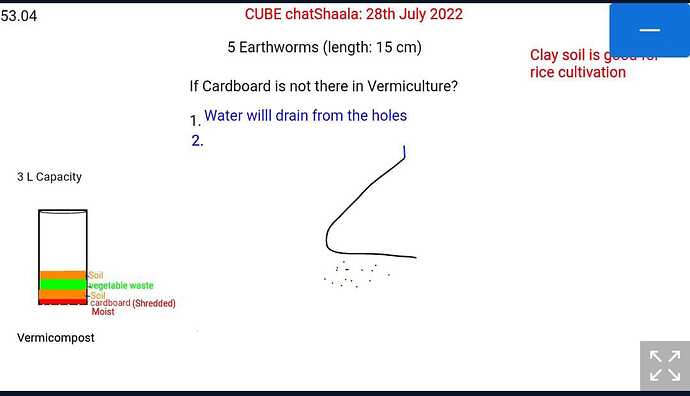 Can earthworms be a Context to Understand Respiration?