You have been invited to join CUBE ROOM using BigBlueButton. To join, click the link above and enter your name.

Looking forward to your participation 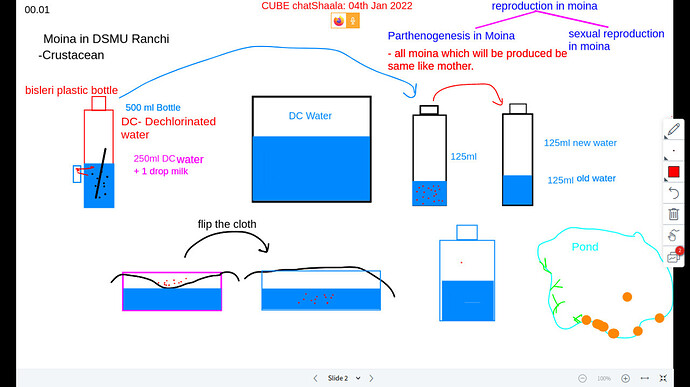 In yesterday’s discussion we focused on, how do we culture Moina using milk, the idea being

milk will be a nutrient source for the bacteria to grow and Moina will feed on bacteria.

Do you still have moina @Abhijith Vinod and how are you currently maintaining it.

by increasing the water level and distributing in more bottles, diluting the existing medium.

or the easiest way suggested by @Dr. MC Arunan is taking 5-10 Moinas and starting a new culture basically adding Moina in 250ml of DC water and feeding it 1 drop milk. 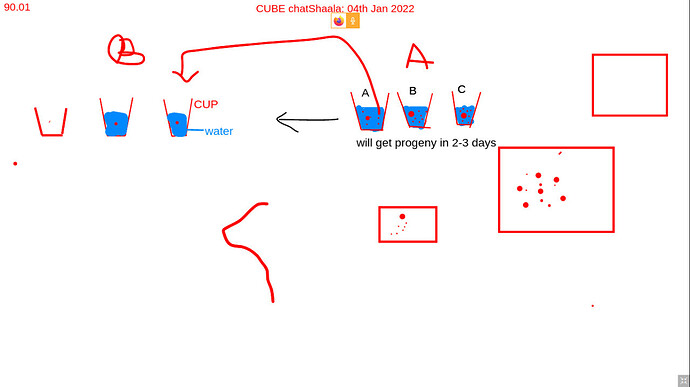 Interestingly Moina reproduces asexually by laying its progeny (viviparous) and in harsh conditions, Moina changes its mode of reproduction to sexual by laying eggs(oviparous). Males and females both are found in the culture.
Can we use this model to understand reproduction? we developed an experimental design to find out if Moina reproduces asexually.

we also discussed similarities and dissimilarities between daphnia and Moina and why it is called crustacean. we also discussed the characteristics of phylum arthropods.
From a mixed culture of the pond, if we isolate 1 single Moina and see whether that single Moina can give rise to more progeny (There can be a question that Moina was pregnant, then how do we know that are reproducing asexually?) Once we get baby Moinas from a single isolated Moina the same day we isolate that baby Moina in another culture, and then if the number of Moina increases then we can conclude that Moina reproduced asexually because baby Moina cannot be pregnant!
Group photograph of the participants 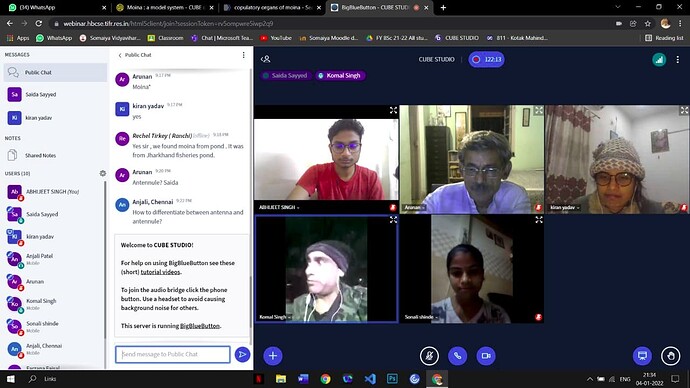 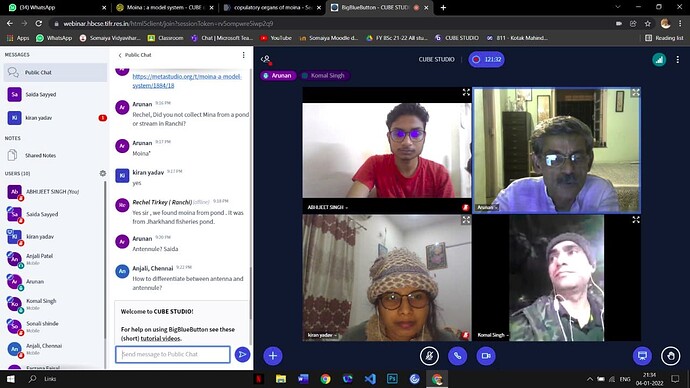 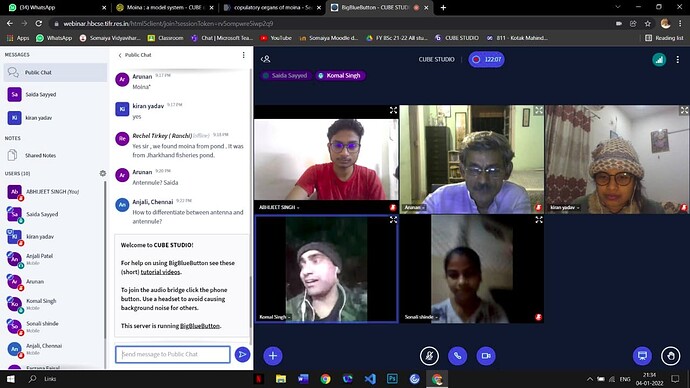 image1280×720 86.4 KB
Please join CUBE chatShaala to get falvour of the discussion