Can we find moina in La - Campala lake near Miramar, Panjim? 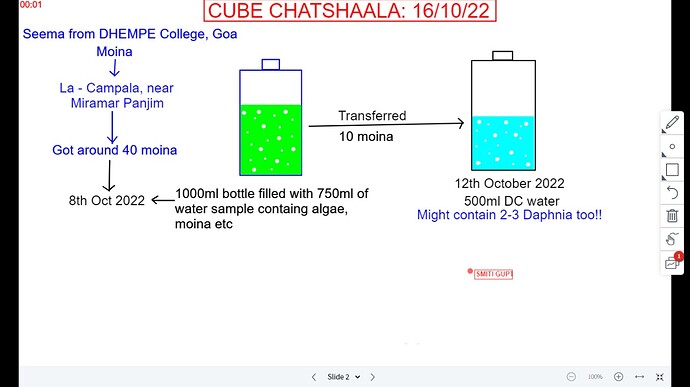 Today we discussed about moina that seema found in La - Campala lake near Miramar, Panjim

On 8th October seema got water sample from that lake in a 1L bottle, it was 750ml of green color water

It was green in color due to presence of algae

On 12th October @_Seema_11 transferred 10 moina in another bottle containing dechlorinated water and she suspect there there will be 2-3 daphnia there in that bottle too. 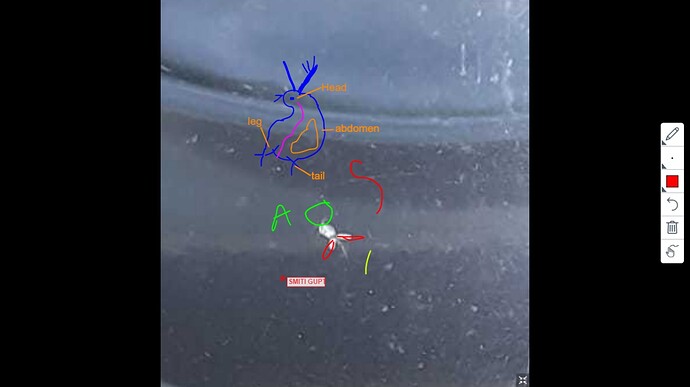 According to @_Seema_11 that white thing was moina. So, to compare I made a rough diagram of moina there with blue color 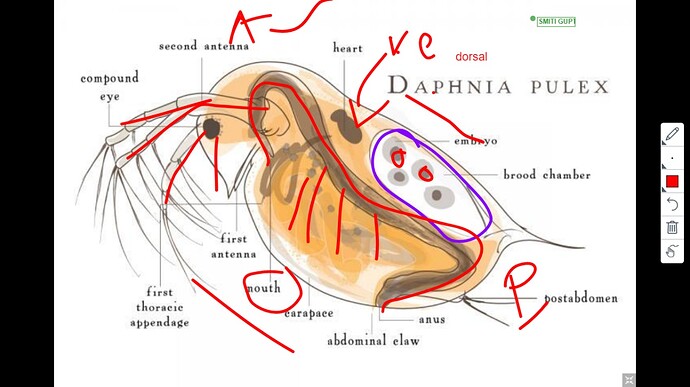 We discussed all about the body parts and their position

What is anterior, posterior, dorsal and ventral side of daphnia then in moina

The heart is at the top of the back, just behind the head, and the average heart rate is about 180 bpm under normal conditions. 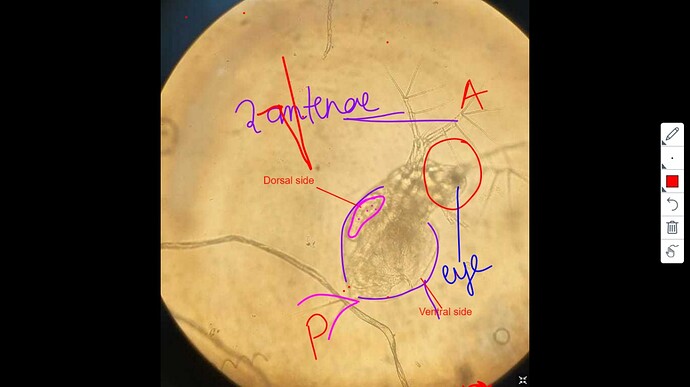 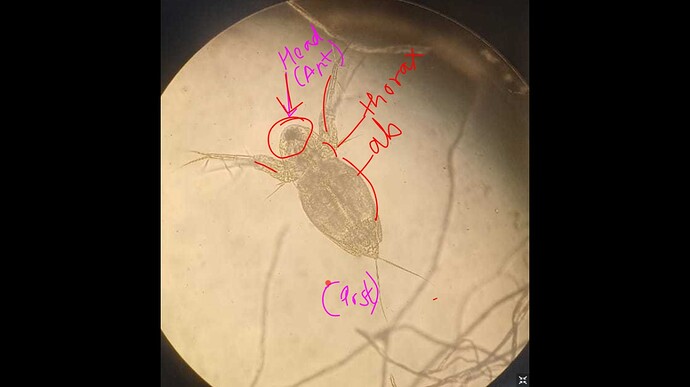 So now we know that seema has moina in her culture, with some other organism like Copecod

Can we find out what is special about copecods?
What other organism seema might have in her water sample?

Isn’t that simple water sample like a treasure for us to get those different tiny organisms that we can use to address basic questions like we do with moina!? (Studying how hemoglobin carries oxygen and how hemoglobin is formed from hemoglobin gene and how is that gene transferred, leading us to big spectrum of epigenetics!)

Also can use this water sample to study evolution? {Can moina, daphnia and Copecod be related to each other? Did they have same ancestors!?}

There’s a lot to explore!.. Thanks to seema that she noticed such tiny things and made us think and question

Excellent. Let’s continue this discussion with Seema joining in.

Yes, let’s find out what studies can be done using copepods!!