@Shraddha276 along with other Cubists made an abstract in the context of plant & butterfly interaction for ISEB Conference . 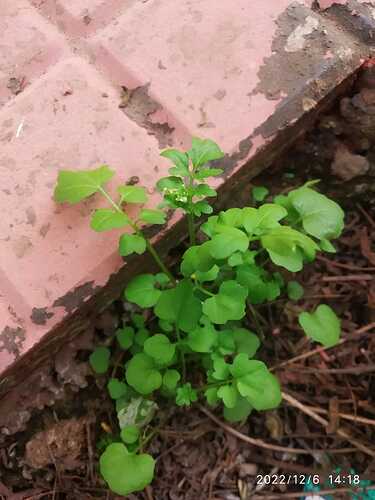 Cubists were discovered cardamine as a host plant for Psyche butterfly !! 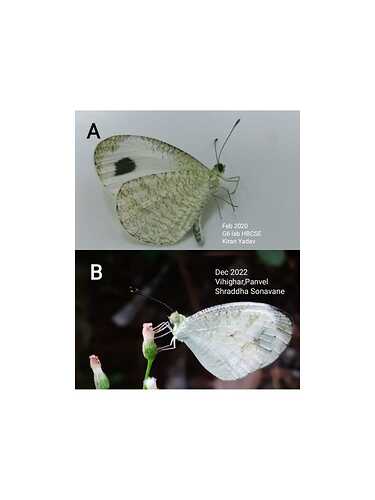 Here in this abstract @Shraddha276 & others introducing a new research question including the host switching & Glucosinolates activities in them . 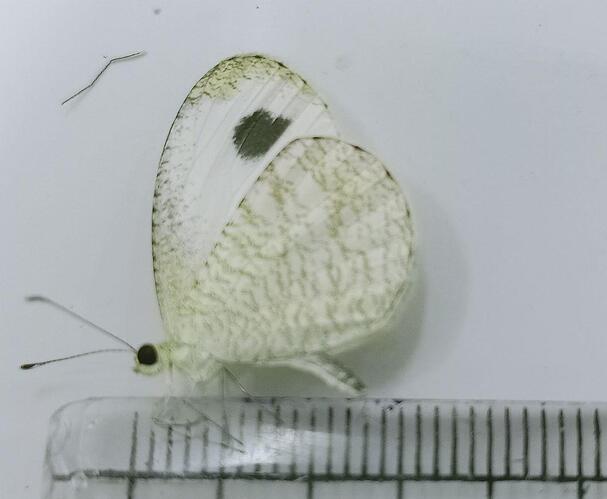 Do Non-Native plants can grow in India . 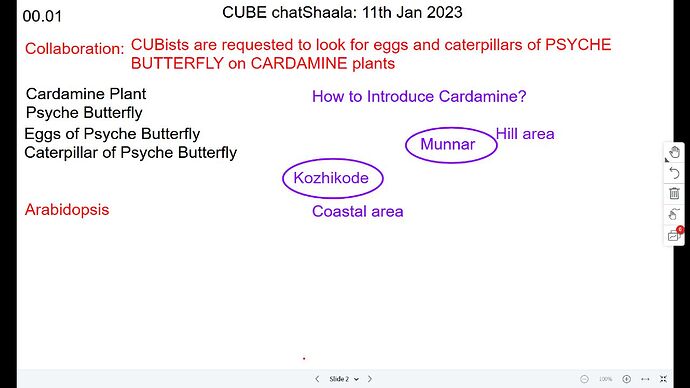 Yesterday (11/1/2022)the discussion was started with @Shraddha276 about Cardamine in connection with Psyche butterfly .

@Shraddha276 Introduce cardamine by saying cardamine is commonly available in every where in India .

Then we discussed about how Cubists got cardamine plants .

Arunima got cardamine from Hilly area in Idukki ,Kerala .

Is there any differences in the area to which plant is growing .

The ecosystem in coastal area & Hilly area posses any differences !!

Where is the sourse of Cardamine plants !!

@Theertha (Me), @Lakshmy @saswathy679
, got cardamine plants from plant nursery . 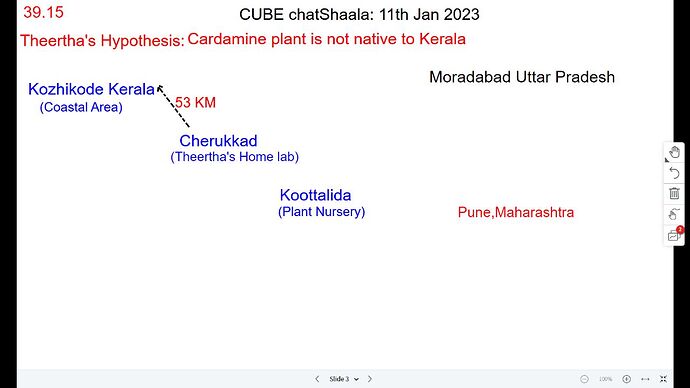 Do cardamine is a costly plant that sell through plant nursery !!

No plant nursery is having different varieties to plant ,in which cardamine is growing as weed .

From where this cardamine got transferred to pot !!!

Is there any evolutionary relation to which plant adapted to area to which they are introduced !!!

Later we came across the abstract that made by Cubists for ISEB Conference ,About the host switching in cardamine .According to that abstract, due to less availability of host plant (including cloeme )psyche switching cloeme to cardamine .

How we are going to present this concept !!
What are the other research question that we are addressing !!!

Fabulous Observation- Cardamine is host plant for Pysche Butterfly. Has anyone made this observation before? @Theertha @Shraddha276 @shalinisharma98 @sakshiconsultant2002

Drishya and Dr.Binumol from SN college, Nattika,Kerala published on April 2022.

Chemical behaviour of Leptosia nina in host plant selection and the GCMS...

Specialist butterflies are specific in their host selection. Leptosia nina (Pieridae), the Psyche butterfly is an insect which feeds on closely related host plants such as plants belongs to Cleomaceae and Capparaceae. The present observation was...