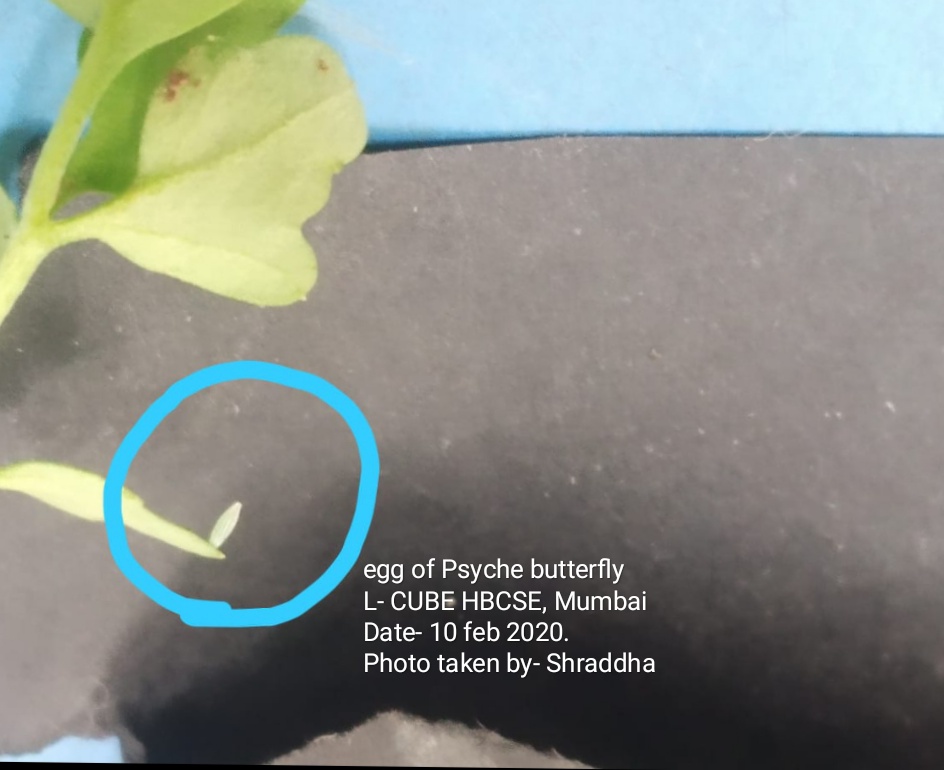 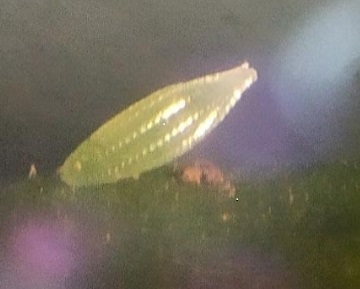 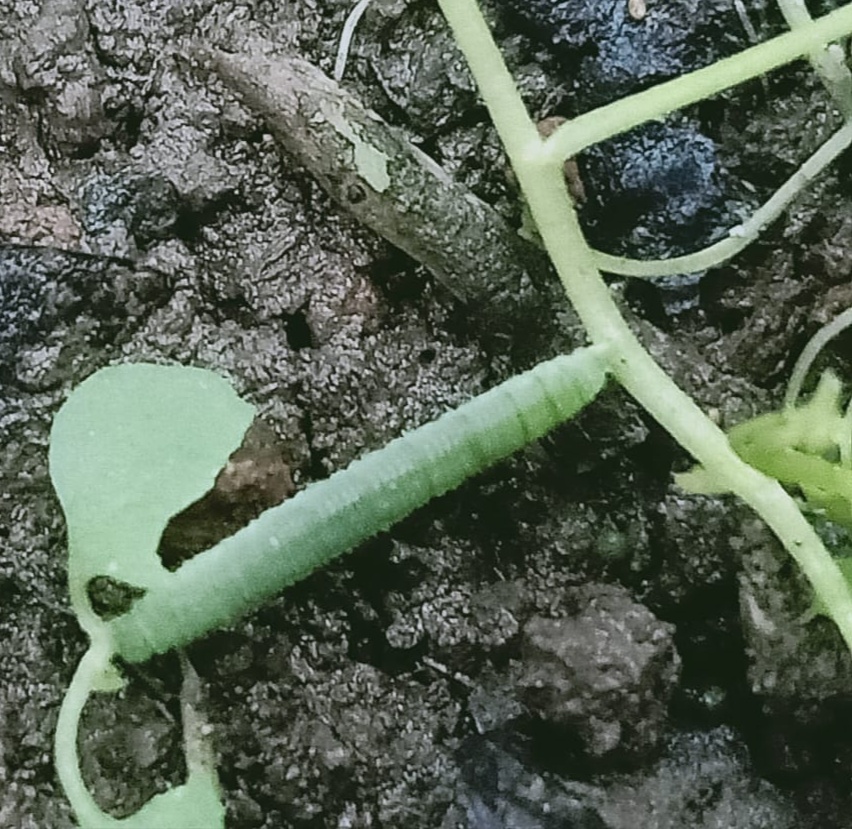 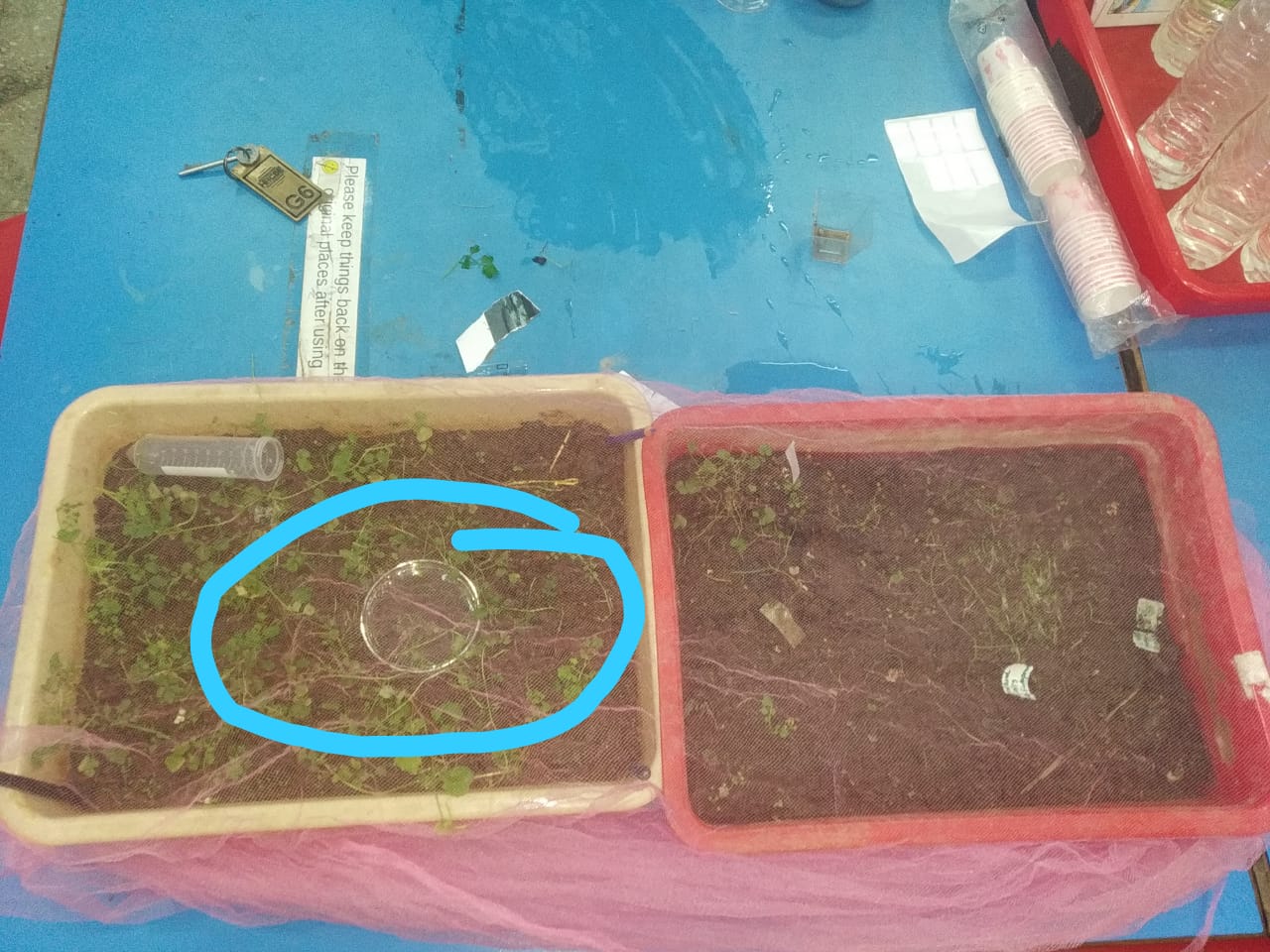 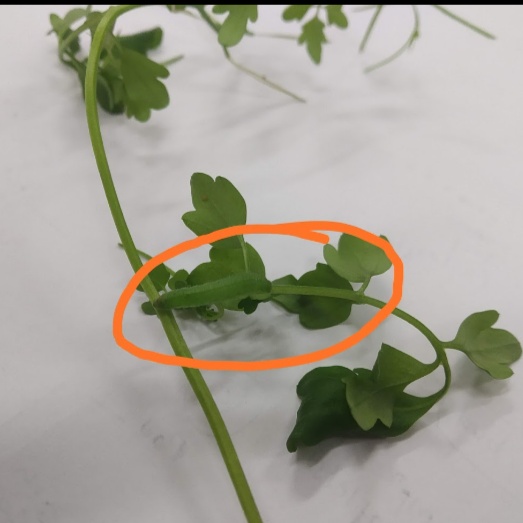 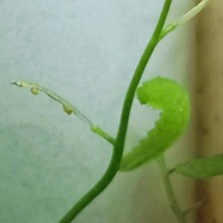 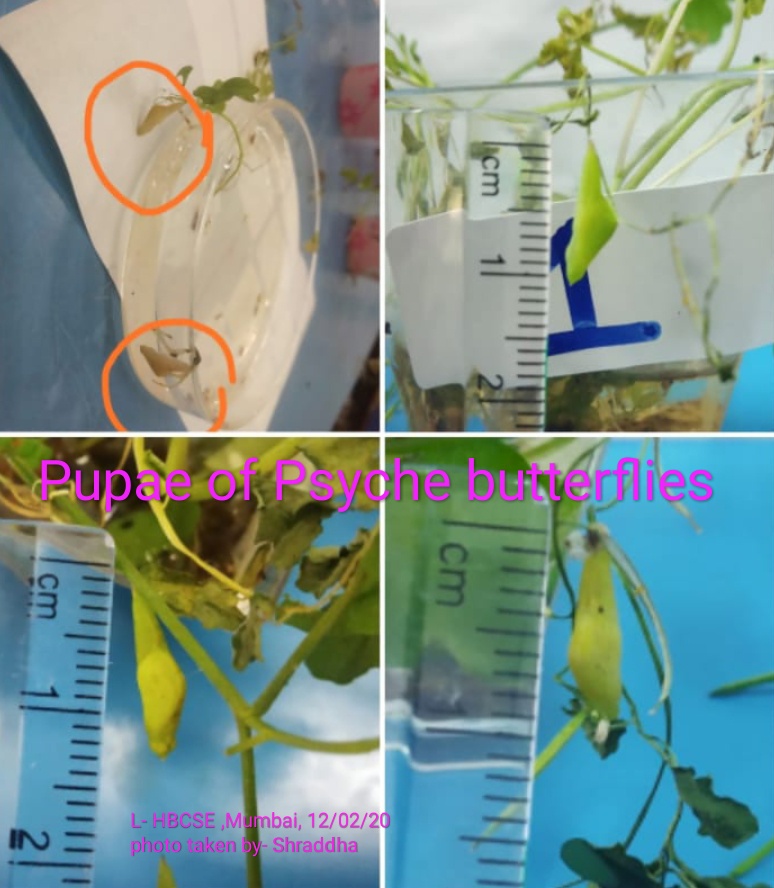 Collage of Pupae were found on Cardamine plant inside set up.
2 different colour of pupa were observed in set up -1.Green
2. brownish white/Creamish yellow 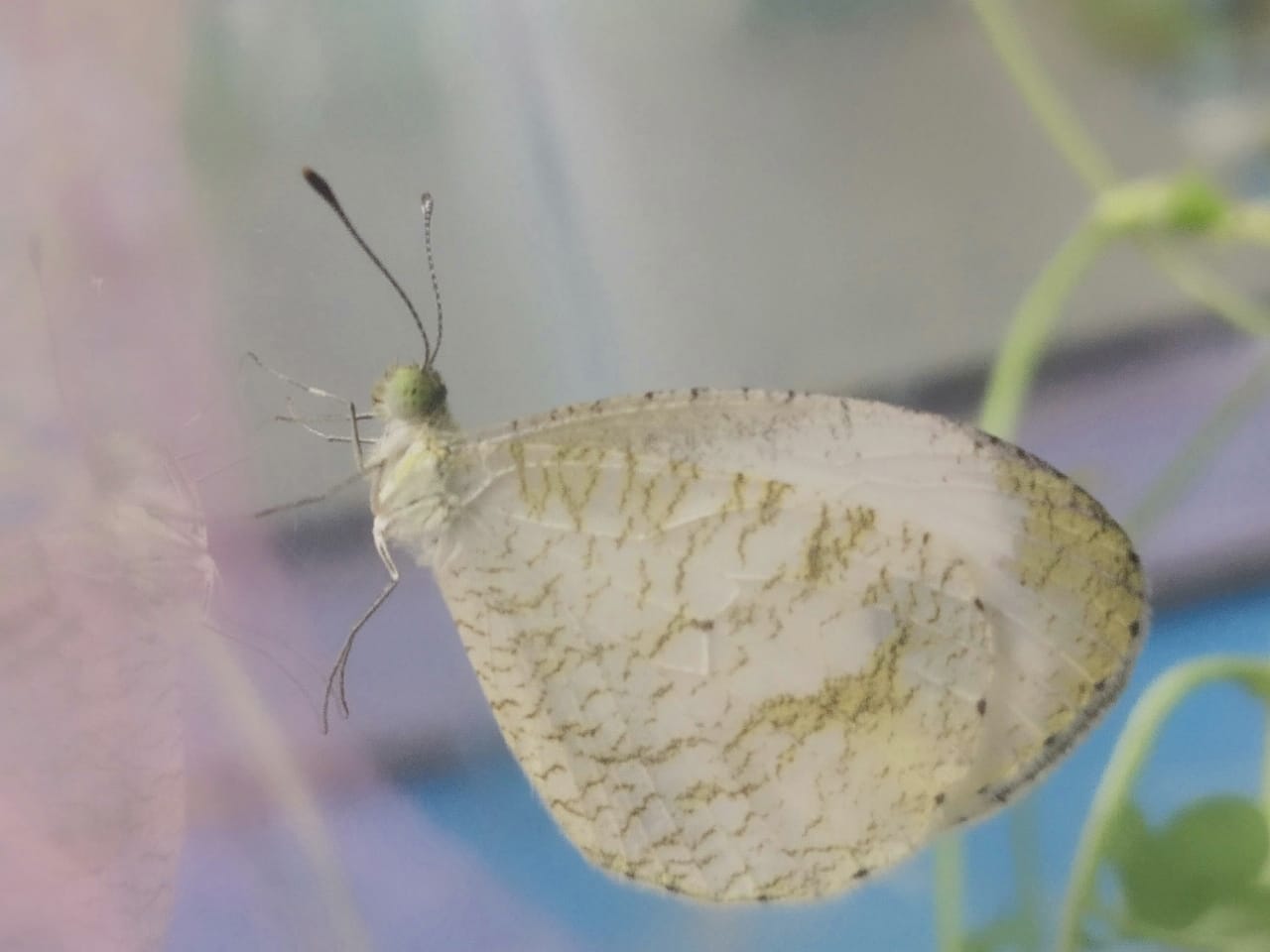 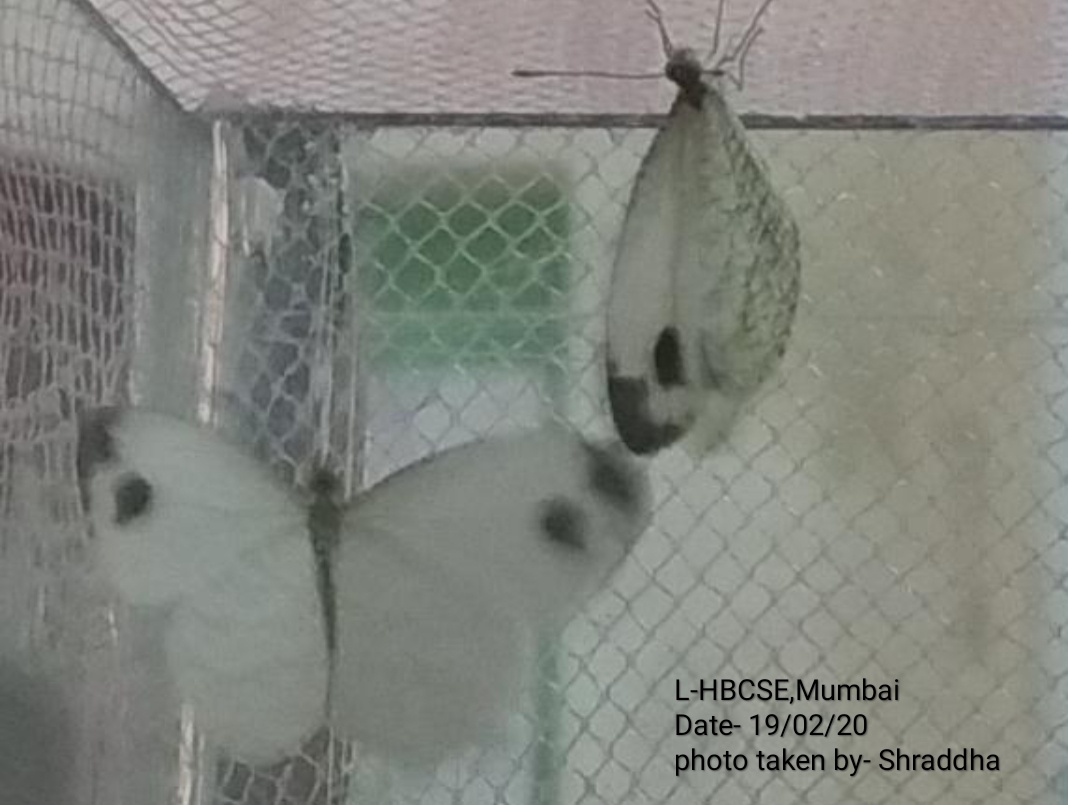 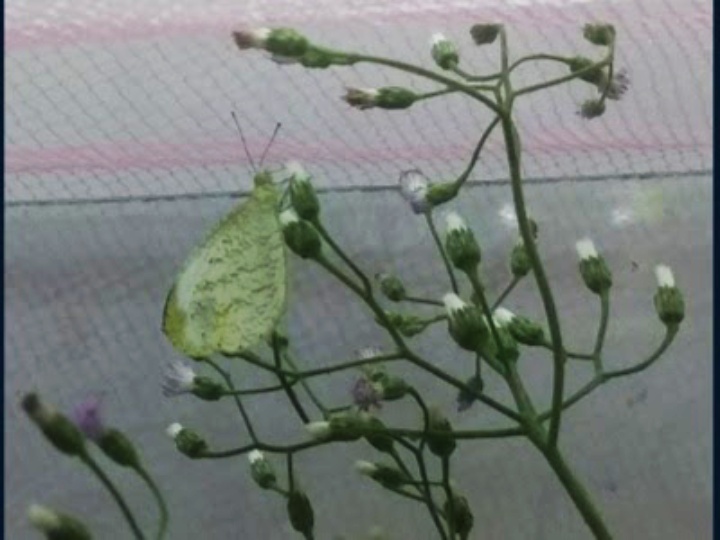 newly emerged Psyche butterfly was feeding on Nectar plant- Vernonia sp. inside the set up
February 19, 2020 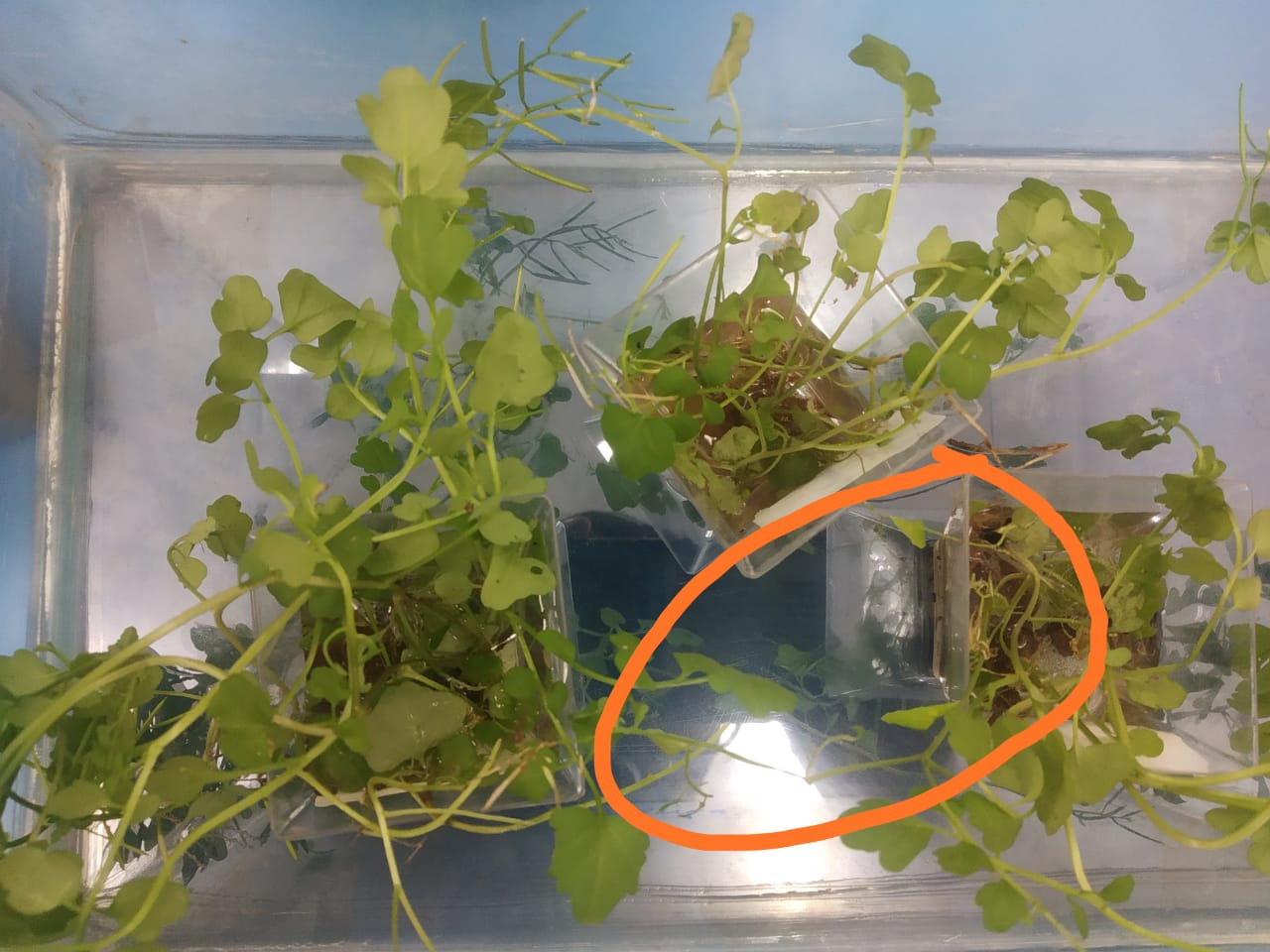 set up- Cardamine plants (without Caterpillar as food ) & along with caterpillar was kept in small containers in such way that all roots of Cardamine plants dipped inside the water & then these containers were kept in the tank. mouth of tank was covered by tightly packed net with help of rubber band.
Set up was made by- @Shraddha276 & @KiranyadavR
set up was made to study life cycle of Psyche butterflies inside the lab (G6 lab ), CUBE HBCSE Mumbai.