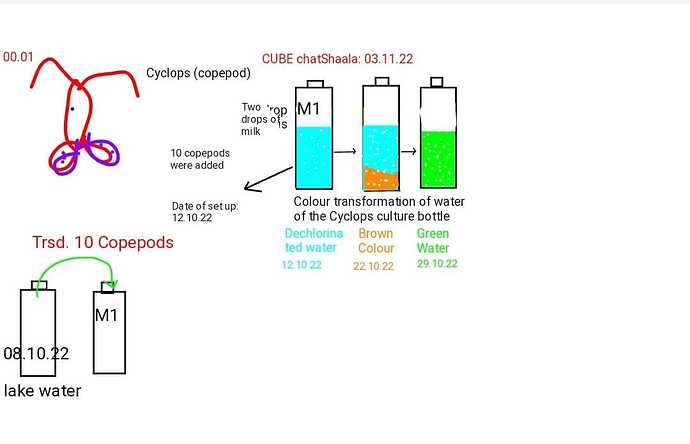 Culturing Copepods as a source of food for Hydra :CUBE Homelab Panjim,Goa @_Seema_11

Yesterday the discussion was started with @_Seema_11 she collected the water samples from a pond in Panjim.

Her prime objective is to make cultures of moina for a feed for Hydra .

The hydra kit is waiting to eat those zooplanktons ,because those hydras are not being fed for a month .

So her objective have great Aim.But currently @_Seema_11 didnot find any moinas instead of she got Cyclops from that pond .

On 22th October the colour of the water samples changes to brown, later to green . 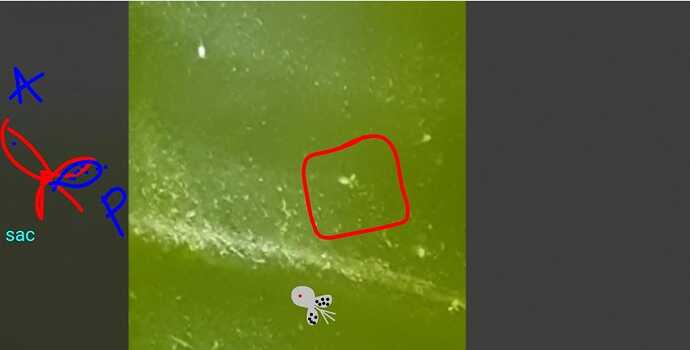 *Later we came across the structure of Copepods * .

Cyclops has 5 pairs of legs. The long first antennae, 2 in number, are used by the males for gripping the females during mating. Afterwards, the *female carries the eggs in two small sacs on her body *. Cyclops is one of the most common genera of freshwater copepods, comprising over 400 species. Together with other similar-sized non-copepod fresh-water crustaceans, especially cladocera, they are commonly called water fleas. The name Cyclops comes from the Cyclops of Greek mythology, as they have a single large eye; in Cyclops, the eye may be either red or black. Cyclops individuals may range from ½–5 mm long and are clearly divided into two sections. The broadly oval front section comprises... 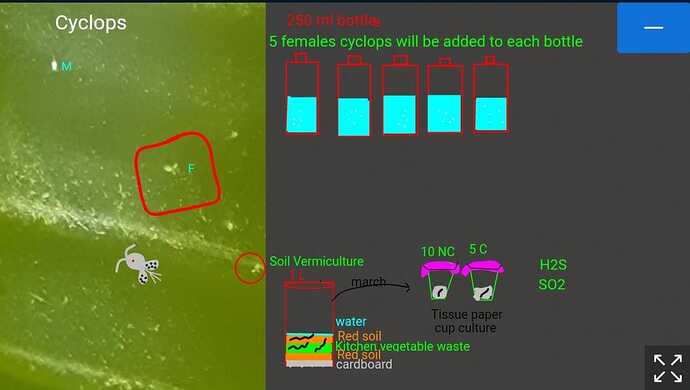 How can we make good *culture of Cyclops by using these 30 female cyclops * .
we made a set up for that ,

we can take 5 bottles of 250 ml capacity ,filled with 100ml dechlorinated water .

~30 female cyclops are there, so we can fill bottle with 5 cyclops each.

Also we can provide them with 2 drops of milk .Milk is not only for bacteria but also a sourse of energy .

Later we came with day before yesterday’s discussion . 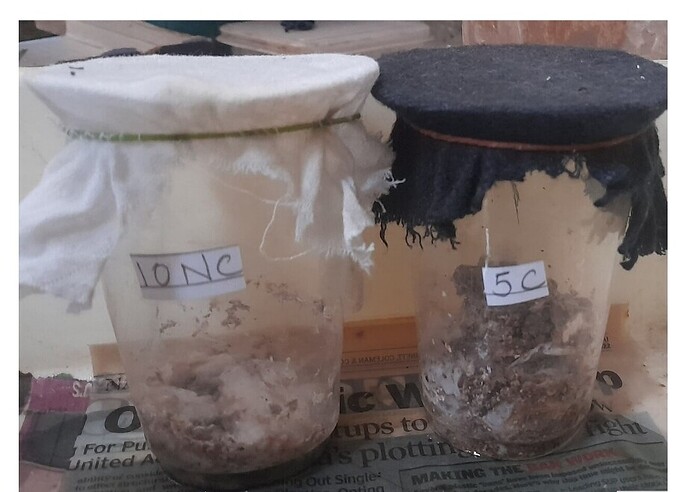 We are struggling with the sourse of earthworm of that @Misbah 's tissuepaper cup culture .

So @Misbah ⁩ explained that she collected those earthworms from soil vermiculture .

In her home they were made a soil vermiculture set up .In which carboard kept under the container followed by layer of kitchen waste ,soil .

From this culture she transferred the earthworms in to cupculture.So this might be the sourse of other nutrients that present in cupculture .

Also we discussed about if there any possibility of hydrogen sulphide &Sulfer dioxide in that culture .later we concluded that no such stinking smells are there ,probably the culture is well aerated .

@Misbah @_Seema_11 @SaraKalamudeen and others