Do Bacteria have just 1 Chromosome?

From moina to Amoeba…
So the discussion started with Tanvi from Goa group as she discussed about moina that her teacher showed here, we were discussing about how moina feeds on bacteria. Bacteria, those are feeding on milk and from here we went to curd and from there to Curd streaking on potato slice, which tanvi performed in her last semester I guess. As we were discussing how 1 bacteria transferred from curd will divide and grow in number as it forms a colony, also bacterial colony will grow accordingly.
But how do this bacteria divide?
As we were about to discuss, tanvi told it’s binary fission and othe similar types and I told binary fission is seen in amoeba which is a bacteria too… No it’s not a bacteria, a unicellular organism… To be continue… 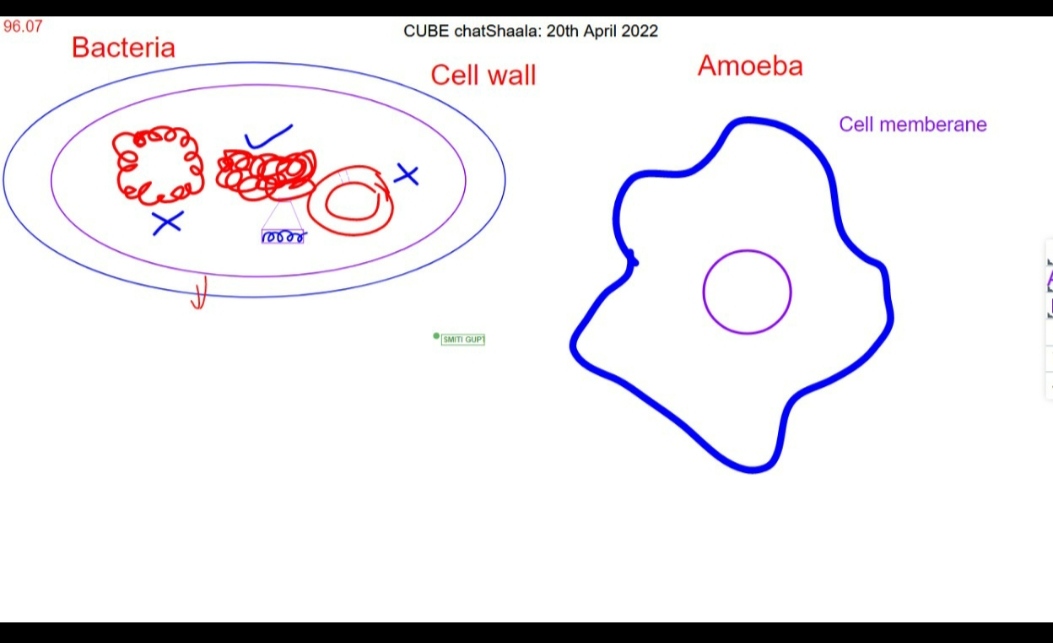 Something I never knew before!!
As I got confused between bacteria and amoeba,* we discussed their structure in detail
I never knew that bacteria will have just one chromosome
So major difference we disused about were

Reference…
Most bacteria have a genome that consists of a single DNA molecule (i.e., one chromosome) that is several million base pairs in size and is “circular” (doesn’t have ends like chromosomes of eukaryotic organisms).