Effect of Starvation on Hydra Viridissima 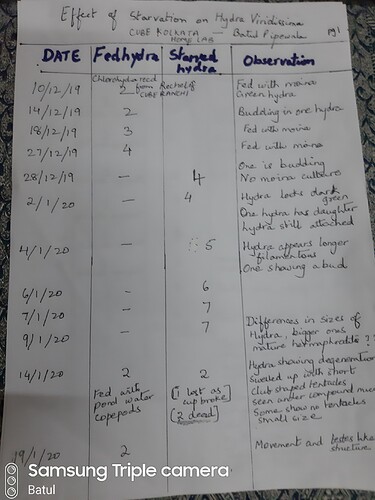 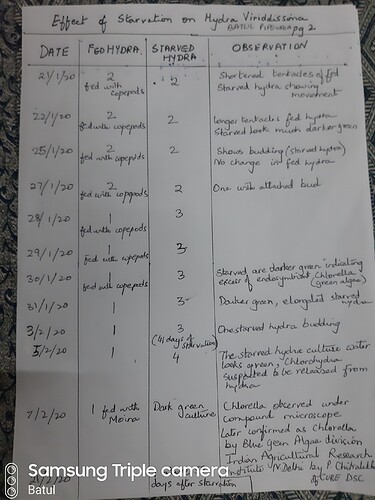 What does this data tell us?

What does this data tell us? Why such an old data is not updated? @magpie

Have been busy responding in CUBE WhatsApp and moina project, Drosophila circadian rhythm and classification too.
Besides the App is difficult compared to WhatsApp, How do I load my hydra pics, and references

Where do I type an introduction.
I also want to add pics and references kindly give the steps to do the same.

At the bottom of this post, there is a reply option.
You can click on that after which a message window will appear from where you can type as well as attach photos. 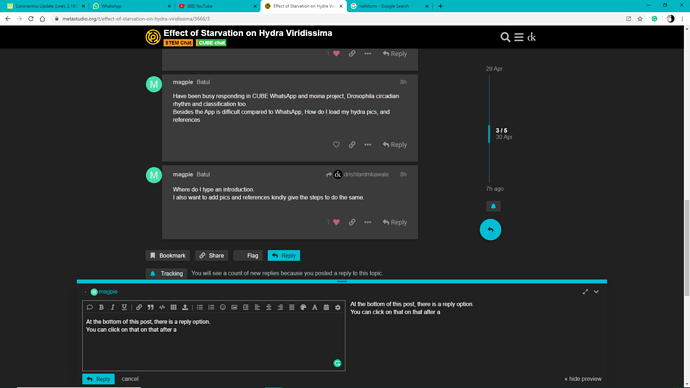 Please update us with the study behind this experiment!!

Chlorohydra survived without external feed when kept in sunlight but not in direct sunlight for eight weeks due to its endo symbiont Chlorella after which the unicellular algae was released in the water too.
BREAKING NEWS​:clap:t2:

That the algae was indeed Chlorella was confirmed with the help of CUBE DSC Chitralekha who got it tested at Blue- green algae department of Indian Agricultural Research Institute New Delhi by Dr Abraham and his colleagues. One of the controls had hydra fed with copepod containing pond water followed by Moina from CUBE Ranchi whose absence was the reason the hydra was starved accidentally. The fed control chlorohydra was seen last on 9th march. Photosynthetic control that had chlorohydra in the dark survived only two days.

Since starvation induces sexual reproduction in hydra,I am hoping that the culture has some hydra eggs which will develop into young hydra in a few months. 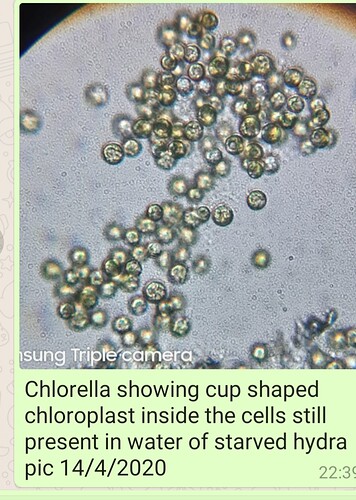