The present experiment was prompted by @ravi31 who asked certain questions regarding effect of various conditions on the pitch of a flute made out of a straw or paper.

However, I thought of creating this thread to share my experimental observations (not very scientific though) with other and prompt them to do something similar which could help us to come to a conclusion.

“DON’T TRY THIS WITHOUT ADULT SUPERVISION”

Aim: To prove the assumption that thermal expansion would affect the pitch of Guitar more as compared to a Bamboo Flute and a homemade Steel Flute.

Apparatus: A Guitar, a Bamboo Flute, a homemade Steel Flute, some clay, a mobile phone, a hammer, a screwdriver, a hand drill, a steel pipe to make the steel flute, a measuring tape, a hacksaw and a hair dryer. 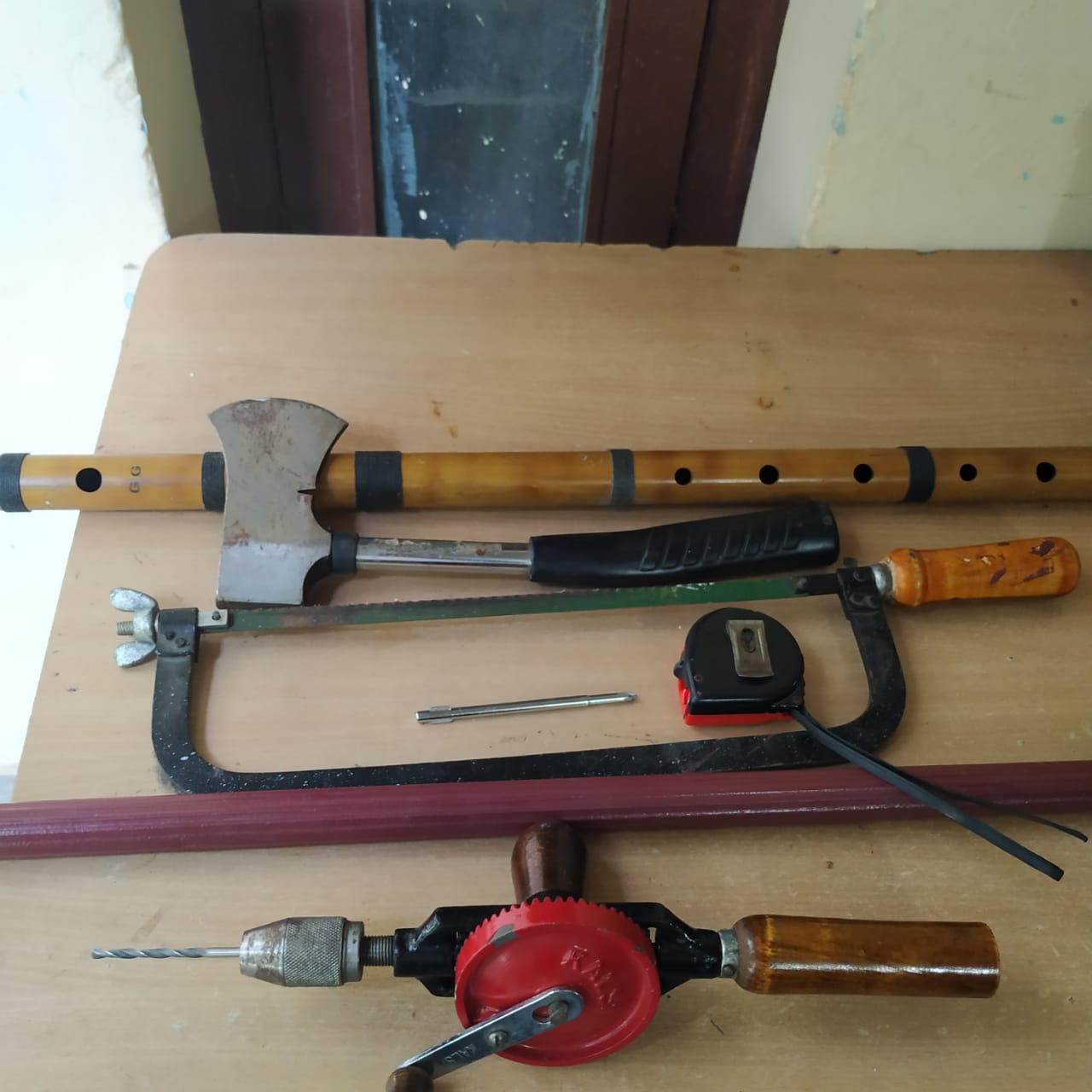 , it would work as a hammer as well. 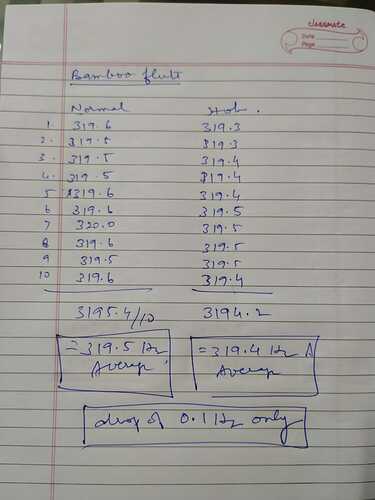 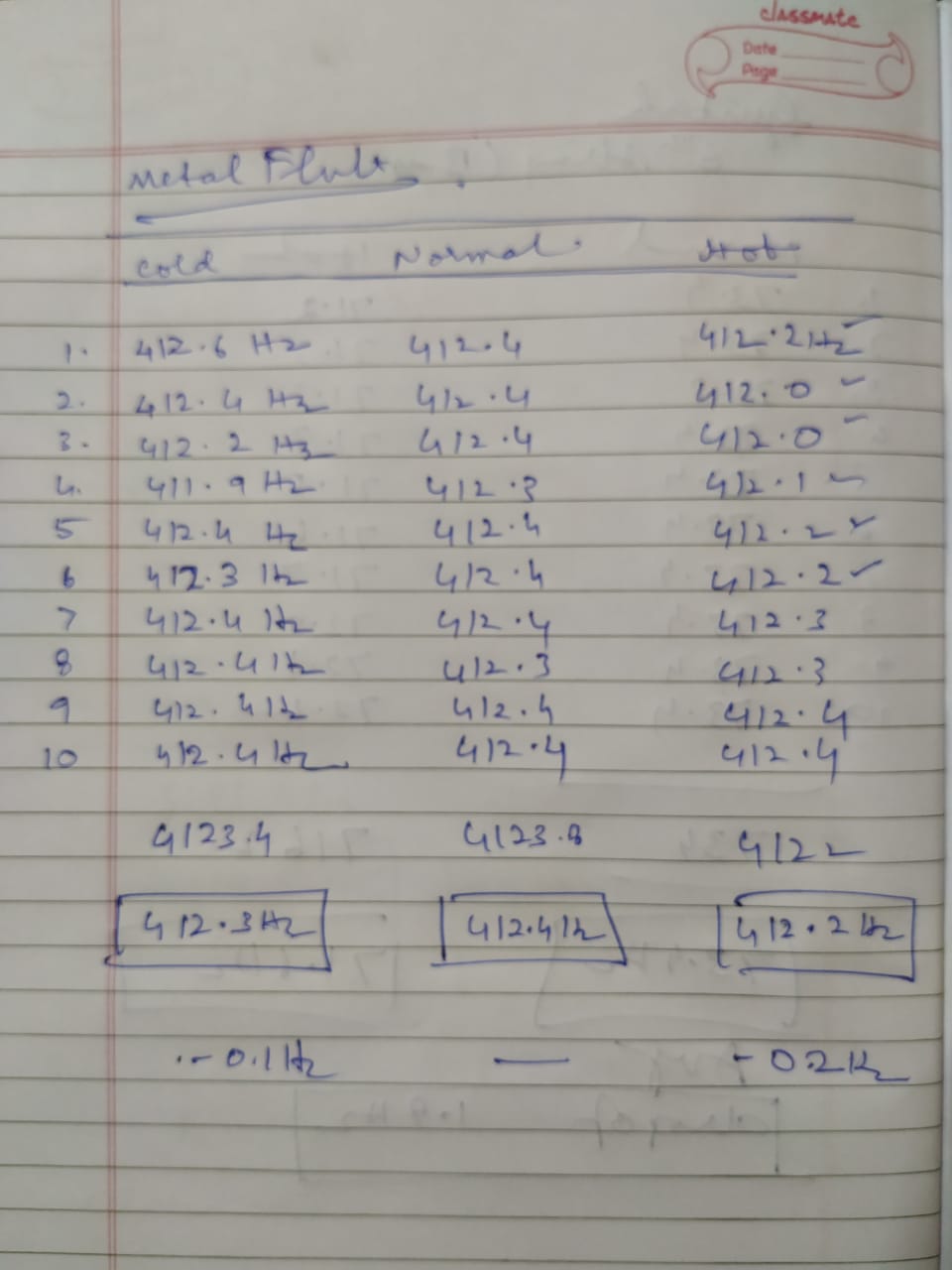 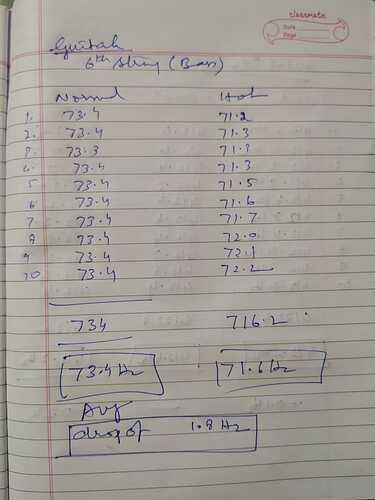 Bamboo Flute: Hardly any noticeable change in the pitch. Just a drop of 0.1 Hz only.

Steel Flute: Marginal change in the pitch. It’s so minute it cannot be perceived by the human ear. A drop (instead of increase which it should have) of 0.1 Hz while frozen and a drop of 0.2 Hz when heated.

Guitar: Clear change in the pitch. A drop of almost 2 Hz. It may not be perceived by an average person but an average guitarist or any average musician can easily tell the difference.

Q.E.D. Thermal expansion will have more effect on a stringed instrument that a Straw/Bamboo/Steel Flute.

“DON’T TRY THIS WITHOUT ADULT SUPERVISION”

This is a very inspiring effort! Thanks for sharing your notes and observation. Also, the results are quite intriguing.

Q.E.D. Thermal expansion will have more effect on a stringed instrument that a Straw/Bamboo/Steel Flute.

This also pushes us to explore what could be the possible explanation for this.

This also pushes us to explore what could be the possible explanation for this.

It’s quite simple though

The steel flute may show a similar results if it’s length vs diameter ratio is same as the string.
You see, considering the string has a diameter of about 2mm and length of 1 m.
The ratio turns out to be
1:500

That means if we need to have a similar effects, the flute should have the same ratio. Considering the diameter of flute to be 20 mm, it’s length should be 20×500 = 10000mm = 10m!
It would not be possible to play such a flute😢!

Hence , the effect of variation of temperature will always be more on stringed instruments.

We can try this with Sitar, Tanpura, etc that have metal strings. Violins, cellos, happen to have organic or synthetic strings. They will produce different results.