Extraterrestrials Truth or just a Myth

Back after a long period of time, I am here to start new topic which is very unusual topic. Extraterrestrials

whenever I see the sky I think that is there any another planet like earth. Where life exist, In ancient world the people made drawings carvings of objects that come from the sky and showed them a right path to how to live, how to eat and gave them knowledge .
https://www.google.co.in/imgres?imgurl=http%3A%2F%2Fwww.sussexvt.k12.de.us%2Fscience%2FThe%20History%20of%20the%20World%20Secrets%20of%20the%20Ancient%20Past%2FMesopotamia%2FThe%20Sumerians_files%2Fimage004.jpg&imgrefurl=http%3A%2F%2Fwww.sussexvt.k12.de.us%2Fscience%2FThe%20History%20of%20the%20World%20Secrets%20of%20the%20Ancient%20Past%2FMesopotamia%2FThe%20Sumerians.htm&docid=BiZg0JJC5E0R-M&tbnid=WPZxxJsG84tAvM&vet=1&w=455&h=350&itg=1&bih=635&biw=1360&ved=2ahUKEwjO0sSC4YDrAhXV4XMBHcf3AikQxiAoCHoECAEQLg&iact=c&ictx=1

Here is an image of world `s oldest known civilizations called ‘The Sumerian civilization’ . As we can see in the image there is a person sitting on a chair who is much bigger in size then the people in the image. it can be clearly said that he is not an human.

Now let`s start the conversation on this topic. Here we can share some of the information about UFO sightings, extraterrestrials. What about @karnamdpdurga, @Arunan.

As we can see in the image there is a person sitting on a chair who is much bigger in size then the people in the image. it can be clearly said that he is not an human.

How did you jump to the conclusion that there is no artisitic licence in the image, ie the artists attempt to depict a larger than life personality.
The Sardar Vallabhai Patel statue is several 100 feet. Therefore a person 2000 years in the future should conclude that Sardar Patel is a giant alien?

The person in the image is not an ordinary person he is a Sumerian god. And the disc shown in the image is the way to contact with the god. The manuscripts of Sumerians state that these gods were not from earth they come from the star in the sky . So it clearly states that the Sumerian gods were extraterrestrials. Now watch the following video. 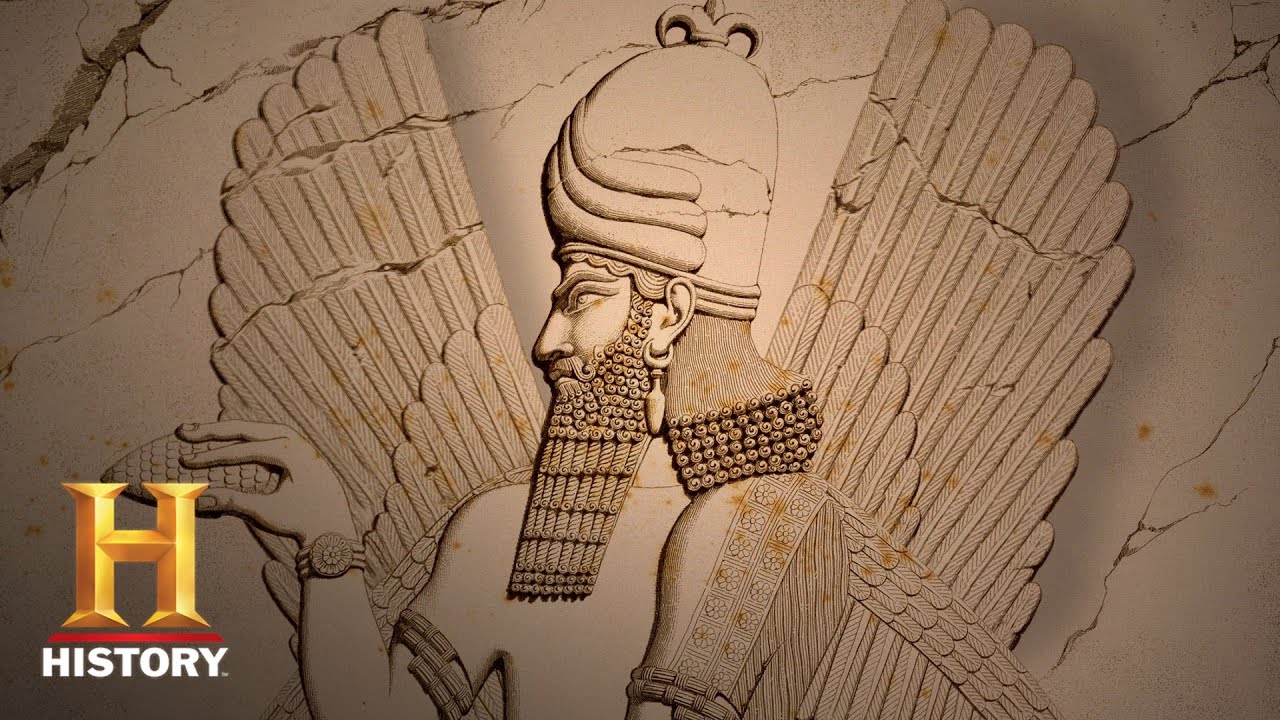 The person in the image is not an ordinary person he is a Sumerian god.

This is merely an assertion without an iota of evidence. I can claim that my pet cat is god and landed in a space craft on my terrace.
I have made thre statements, one about origin, the second about abilities and the third about an assumed existence of a god.
Without evidence of a space craft my first statement is unscientific gibberish.
Without the cat showing extraordinary abilities of cognition and abstarct thinking my second statement is unscientific gibberish.
My third implied statement about “god” has no evidence or definition at all and is rooted in my current cultural understanding of the term, which would have an utterly different meaning in another persons culture.
Now, a cat does show extraordinary motor and sensory abilities relative to us humans. But so does every other cat in the world. Some humans too show extraordinary abilities - Usain Bolt, Vishwanathan Anand, Lee Sedol, Albert Einstein, P Dirac, Alan Turing. The last person totally revlutionizing our abilitity to think about thinking machines. Does any of that allow us to make an inference about an omnipotent, omnipresent, omniscient creature of extraterristerial orgins?

The History channel video and the inferences does not stand the simpliest scientific or logical sctrutiny. Even as there are a thousand other simpler and mundane reasons to explain the larger than life engarvings and poetic licence in the text.

Here is a list of litreature, many made into movies, that make very entertaing fictional claims.

This is a list of fictional cats and felines and is a subsidiary to the list of fictional animals. It includes a limited selection of notable felines from various works, organized by medium. More complete lists are accessible by clicking on the "Main article" link included above each category. For fictional large felids such as lions and tigers, see List of fictional big cats. This section deals with notable cat characters that appear in literature works of fiction including books, comics, lege...

To draw an analogy with your opening statement assume I have Alice in Wonderland book and movie kept on my bookshelf. Someone 2000 years in the future digs out both. Voila “irrefutable evidence” in the form of text and a movie about talking cats and bunnies. Same goes for SiFi Books and movies, 2001 a Space oddesey, Close encounters of the third kind, Ex-Machina, Star wars, ET etc.

This heavily referenced book, Early Indians, by Tony Joseph, a recent collation of research into the origins of human life and civilisation in India, also has some interesting insights into the supplanting of ‘animistic’ or ‘shamanic’ philosophies by ‘religious’ substitutes.

Basically, recent archaeological research into pre-Harappan (pre-Indus Valley, or any other label, all fall short of describing the actual geographical spread of the civilisation of that period) townships shows that, for many thousands of years, these civilisations in India were organised on civil and pragmatic grounds. Meaning, there is no evidence of cities being constructed around central vistas of large temples or statues. What structures have been found, where it is possible that some kind of worship took place, are totemic.

Later civilisations appear to have actively destroyed much of this evidence, and replaced it with townships organised around temple structures.

Social organisation may therefore be inferred to have moved towards the concept of ‘gods’ from nature worship, and taken on a more central role.

This early period overlaps with the early Sumer civilisation, and the two almost certainly had much contact, in terms of trade. However, from the perspective of religion, their attitudes remained apart.

The point here is not to compare one civilisation with another, but to note that the move from wild agriculture to organised farming, that brought about a shift from primarily nomadic life, to the development of permanent towns, took different forms in different places.

Where the concept of gods dominated, it is reasonably obvious that a class of persons who associated themselves with the gods also took over control of commerce and civil structures, extracting taxes and subjugating all other occupations. Ultimately, they conferred legitimacy on the governors of those early groupings, whether it was hereditary or by tribal/community choice — hereditary eventually became the succession route of choice, as secondary sources, like the books of the Hebrew Bible, inform.

Therefore, it may not be correct to infer that the friezes and statues of very early civilisations always represent the gods of those people. It will be linked with the structures in which those carvings and representations are found, and the prominence of the location of those structures, vis-a-vis the layout and organisation of the township.