Found a potter wasp stuffing a paralyzed caterpillar into its nest

Potter wasps are parasitoid wasps that prey on other insects and spiders. The female makes a mud (or other material) nest shaped rather like a pot and lays a single egg in it. Then it provisions the nest with food for the newly hatched larvae by collecting caterpillars, spiders and other insects and stinging them so that they are paralyzed. The live, but paralyzed insect is left in the nest for the larvae to feed on after it hatches. 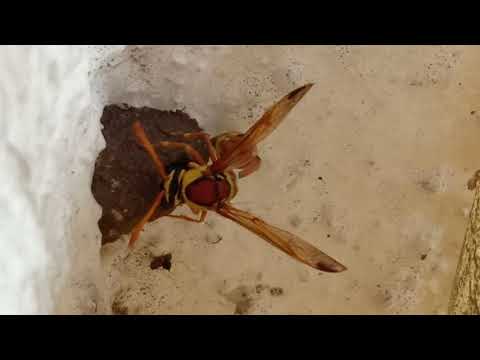 This is cool. Do they pupate separately or within this nest?