Fungus which turns Ant into Zombie

Today we had a very interesting discussion on Zombie-ant fungus. Ophiocordyceps unilateralis is a fungus which infects ants, when it infects ant attacks their immune system and leads to their death. The fungus further grows in the ant’s body, and its stalk emerges out of ant’s head giving an appearance like a zombie. The spores further spread through dispersion. The ant due to the infection shows behavioral alterations, and moves out of its trail to climb on vegetation and leaves.

We discussed this classification of fungus, there are various divisions under fungi such as ascomycota, basidomycota, etc. Most of sac fungi belong top Ascomycota division.

The interesting thing is certain illnesses can be treated with zombie-ant fungus such as Hyperglycemia, Hyperlipidemia.

Here is picture of whiteboard showing details on zombie-ant fungus and the classification of this fungi. 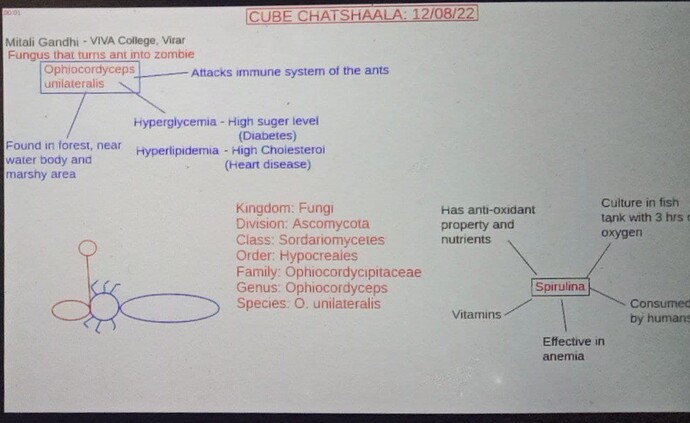 Here is the image which shows Zombie-ant fungi emerging out of backside of ant’s head. 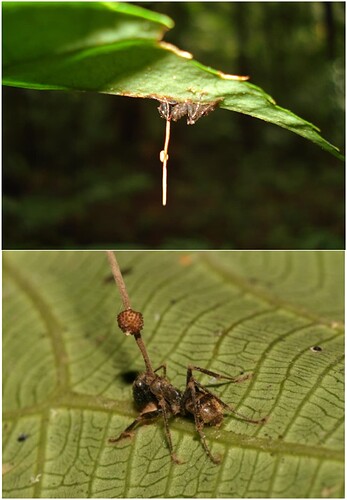 Do O unilateralis really attack immune system of Ants ?
If yes then how?
Do specialized immune cells of Ants are also involved in this fungal infestation?
Why do Ants go bonkers after this fungal infection?
@jaikishan @Mitali Gandhi