Gravity : The Forces Of Spacetime And masses

Ever wondered what is Gravity ? The theories from Scientist Issac Newton and Sir Albert Einstein ? The Solar System’s Stability ? Black Holes ? Neutron Stars ?
If u Did , Then You are at The Right place , Today i will Be telling u about The Logics Of one Of the Fundamental Forces of the Universe : Gravity

So Basically There are 3 Logical theories of Gravity :

Today we will be looking into Einstein"s General Relativity

" So what is pushing this Newton didn’t know So , Newton simply through his hands up and said I don’t know so I’m going to invent something called gravitational pull And Einstein said no this theory can’t be right. He’s in his office at the patent office looking out at the window and he imagined a man working on a roof and he begins to wonder what would happen if one of those men were to fall off the roof . He had a vision. The man will not actually be feeling his own weight , you would be weightless And then he imagine If you’re an elevator and somebody cuts the cord. What happens to you , You fall But the elevator falls at the same rate you do so you are weightless inside the elevator So , then Einstein got it . There is no such thing as gravitational pull The earth has curved the space. A surround me and space is pushing me into this chair space itself can be curved. Why does the earth go around the sun? Most people would say well. The sun’s gravity is yanking the earth toward the sun in a circle wrong. The earth is going around the sun because the sun has warped the space around the earth and space is pushing the earth toward the sun. He had a new theory of gravity. A new theory of the universe , General theory of relativity is one of the greatest achievements of the human mind. It is beautiful and simple and profound and all the best theories of the universe are just that " - Michio Kaku { American physicist } , Neil deGrasse Tyson { American astrophysicist } And Another Speaker

What if i say Gravity is not a Force ?

First of all , Let us see what is Spacetime :
In physics, spacetime is a mathematical model that combines the three dimensions of space and one dimension of time into a single four-dimensional manifold. In simple words , it’s the three dimensional World with Length , Breadth And Height but also Including a Very specific property of our Universe , Time . The physicist Albert Einstein helped develop the idea of spacetime And imagined it as a Sheet of any Fabric across The Universe .

Now imagine the case , if There is a Heavy Yellow Ball on the sheet : 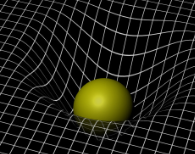 Now imagine the 2nd Case , If there is a Less Heavier Orange Ball

Case 3 : Since There is only 1 Spacetime continuous Fabric Along The Universe , What will happen ? 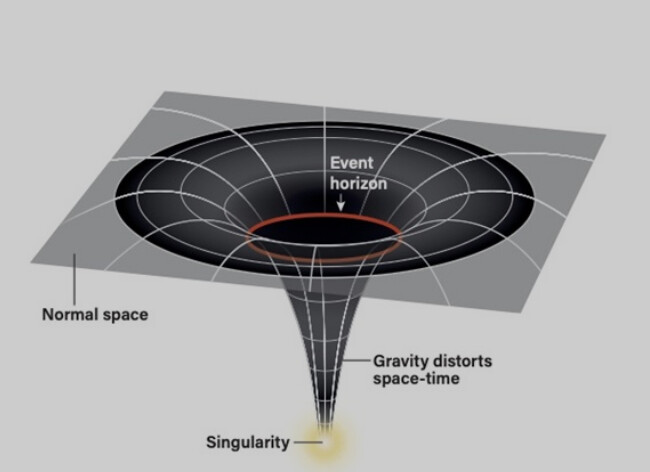 This Diagram May Help .

Answer : The Two Balls Will Crash At center Because The curvature is Making The Present Objects On the Fabric Fall On the Center , The most Fallen Point of The fabric . Like in this video :
Ball Falling into The point of Highest Mass
Conclusion :
Gravity Is Not a force , It is A Curvature in Spacetime .

Thank You For reading my Research , Have a nice day

It’s a consequence of distortion of space and time.