Keen Observation made by @Ichha on her phyllathus plant connecting the recent investigation on molecular biology and evolution .

@Ichha observed her Phyllanthus plant are got infected by Whitefly .Later the discussion on context to curriculum whatsapp group we came to know about the first known gene transfer mechanism occured between plant and Whitefly through horizontal gene transfer .Thanks to @Himanshu @rakesh @Ichha . 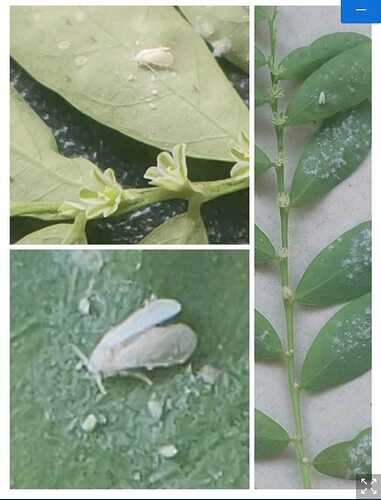 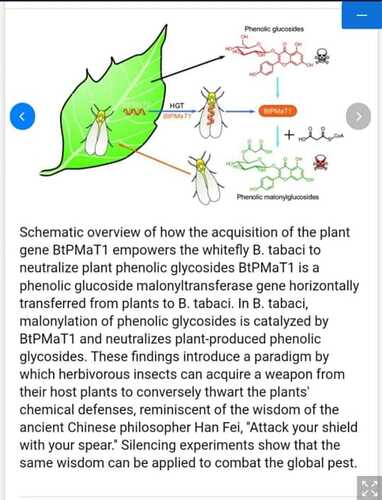 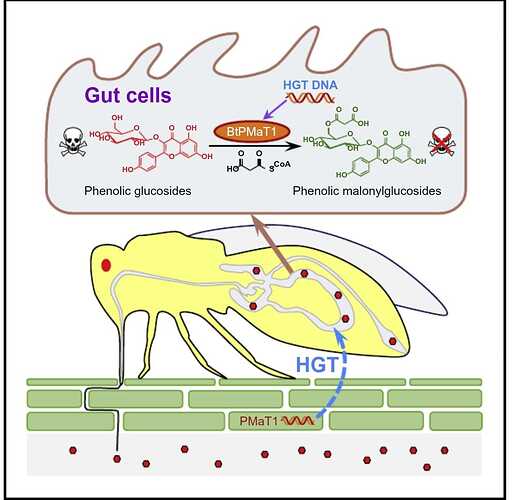 BtPMaT1 was most highly expressed in the abdomen and especially in the gut, which indicates that it is a gut-specific gene that plays a key role in detoxification pro cesses.
(So the detoxification occured in Gut). 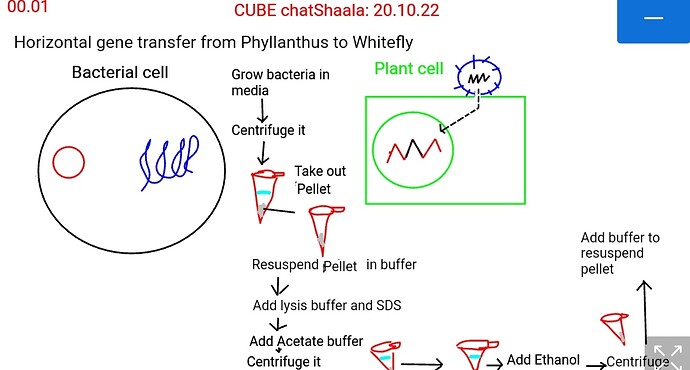 Today the discussion was started with @batul ,mam was very interested to know about How the horizontal gene( BtPmaT1) transfer occured between plant and Whitefly .

Later @Ichha @shreya joined and explained about her hypothesis that ,may be virus get inserted it’s genome to plant and later new progeny will emerged out with BtPmaT1 gene .(Viral multiplication )

@Batul mam came up with a crucial question that how we can ensure this gene is present in Plant or insect .

How can we seperate this BtPmaT1 gene from Plant !!!
Discussed about Electrophorosis. Seperation of charged particle under the influence of electricfield.
Here Agrose gel is used as a solidifying agent ,also the suitable buffer along with charged electrodes on both sides .

Later sample is mixed with ethidium bromide and applied on it.

Then we can analyse the bands .
Explained about the the different type of plasmid DNA.

Later the discussion was about the great observation made by @Ichha on her Homelab connecting the first known gene transfer that occured between Whitefly and plant .

How we can Check if the BtPmaT1 gene is there in our extracted DNA.
@Arunan sir is also gives an idea about hybridization .
Iam not even bothered about the southern blotting .
later @lakshmy introduced that can we do a southern blotting here .

I thought that we can choose a whole genome sequenced plant or else we can sequence .So then we know the position of BtPmaT1,so we can trap the enhancer and locate the gene .

Keen Observation made by on her phyllathus plant connecting the recent investigation on molecular biology and evolution .

Through these past 3 days i think we all learned a lot collaboratively .In our text book also we studing about the resistant mechanism of plant against insects.This was the new thing to me . insect acquired a resistance mechanism against plant by taking a gene from plant ,remembering the quote from Chinese story Attack your shield with your spear.’

From noticing a whitefly from my infected phyllantus to exploring and understanding the aspects of molecular biology, some that i had heard about but never knew ; the take home message I’ve learnt is the importance of how one keen observation can lead us to some very interesting studies…thanks to @Himanshu sir for pointing hgt out

Great!
Very interesting…
The point raise by @jaikishan about the role of RNAi in Horizontal gene transfer from plants to animals is still not clear…
I think this requires some clarification
Over to @jaikishan