Few days ago , I saw a film “The Ghazi Attack”. So I saw a submarine in that film. Then suddenly an idea came in my mind that it is possible to make a periscope which is present in a submarine.
![

Then I watched some videos related to the topic and made it with the things that were available in my house.

S1> Take a piece of cardboard and cut it in different measurements like 28x8,16x8,8x8. We want two sets of each measurements.

S2> Take another cardboard and cut it in the way so that it looks like the photo given below.Also make two sets of this cut out.

S3>Take all the pieces of cardboard and join all with the help of cellotape or fevicol on the cut out . 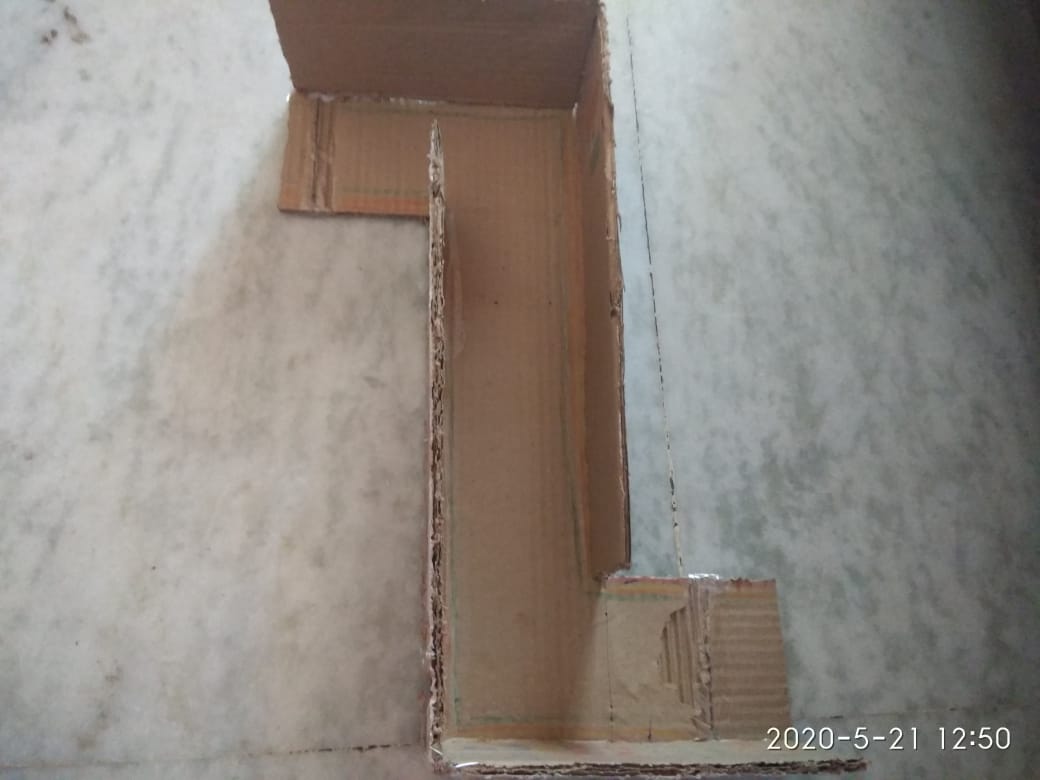 S4> Take two plane mirrors of the same size and placed them at an angle with the help of cellotape or fevicol so that it shows the image of the second mirror like the photo given below.

S5> Take the second set of cardboard and placed over the other set .You can see how to placed in the photo.

Your jugaadu periscope is ready to see anything that has been shown in second mirror.

@Suryansh what should be the angle?
Can we place both mirrors at different angles?

Angle does not matter only we have to adjust the mirrors so we can see the image of the other mirror.

I would be nice if you put pictures step wise so that it would be easy for someone to make it by following these instructions.

You can edit it.

By the way you must think deeply about the question asked by @Pritika :

@Suryansh what should be the angle?
Can we place both mirrors at different angles?

Perhaps a little study of the following link would help you to answer the questions: A periscope is an instrument for observation over, around or through an object, obstacle or condition that prevents direct line-of-sight observation from an observer's current position. In its simplest form, it consists of an outer case with mirrors at each end set parallel to each other at a 45° angle. This form of periscope, with the addition of two simple lenses, served for observation purposes in the trenches during World War I. Military personnel also use periscopes in some gun turrets and ...

Suryansh, You have done a very good experiment …

But,
According to my research of making a Periscope
You should stick both mirrors at an angle of 45°

I agree with you but only we have to adjust mirrors so that we can see image of the other mirror whether it is 45 or any other angle like the photo that is given below . 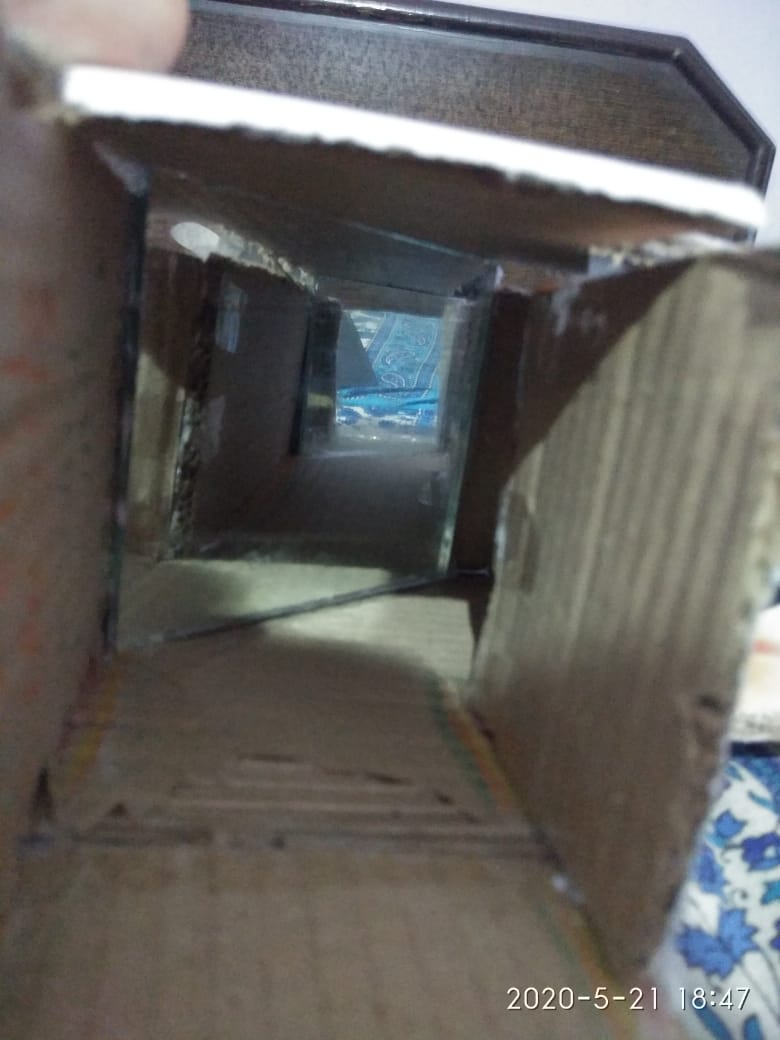 After think deeply about the question. I came to end that mirror should be placed at an 45°angle because it gives us the best image as the light strikes the top mirror at 45° and bounces off at the same angle . This mirror also at the same angle, reflects light directly to our eye.Both angles should be same as it is easy for us to see better image.

This form of periscope, with the addition of two simple lenses, served for observation purposes in the trenches during World War I.

While the reference posted discusses the use of periscopes as a war tool, and this is probably the most documented, it may also be useful to discover about the use of such tools for directing the digging/construction of underground tunnels, such as the qanats of ancient Egypt. Similar constructions are also found in India, which is not that surprising, as both regions experienced both civilisation and trade at that time.

So, give some thought to how such devices (not made of cardboard, obviously, and not using glass-based mirrors) might have been useful in tunnel construction.

And also find out what may have been parallels in the development of civilisation in such early times.