Gossip between @Theertha, @sakshiconsultant2002, @Himanshu, @Misbah and @Smiti on Dhanraj’s workshop at Ratnam college on 8 July 2022. 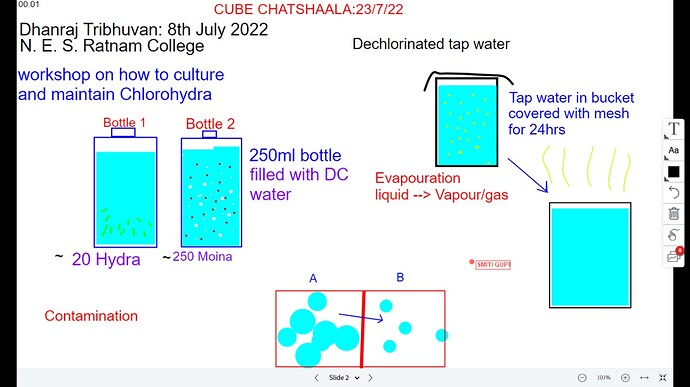 This Gossip started with the hydra and moina that’s been cultured at N.E.S Ratnam College.