Making hydrogen from electrolysis of water at home

Here are the materials I used 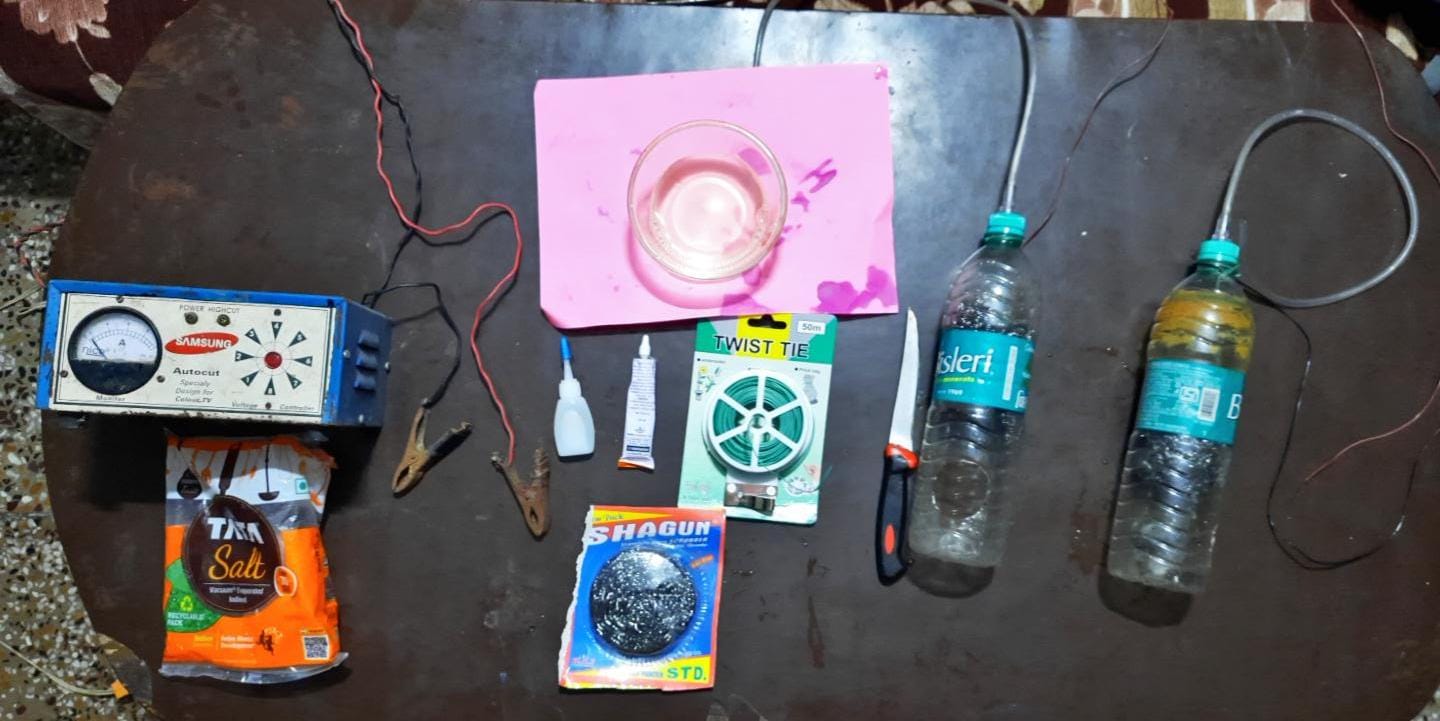 I used a car battery charger as a power supply (It supplied low electricity so I was only able to make a little bit of hydrogen), Fevi quick, glue, twist tie, knife heated on stove, water bottles, Table salt, stainless steel hand dishwashers, wires and tubes (This picture is taken after experiment so there is rust sticking on the bottle)

How it works in my case :
First the water needed to conduct electricity which I did by adding table salt in it.
Next we needed a cathode and anode. ( negative and positive)
In which I used stainless steel hand dishwashers. I tied them and connected them with wires.
Next I needed to catch the gasses differently so I used bottles with tubes on top to catch them.
Hydrogen comes from the cathode and oxygen comes from the anode. with the ratio of 2:1 respectively.
This the setup

What the other pipe makes :
Oxygen

Nice work. Keep it up.

By the way, can you tell us at which terminal (+ve or -ve) will hydrogen be released?

Why does that happen?

Did you observe any difference in volume of gases released?

I have edited the post so it also tells us that.