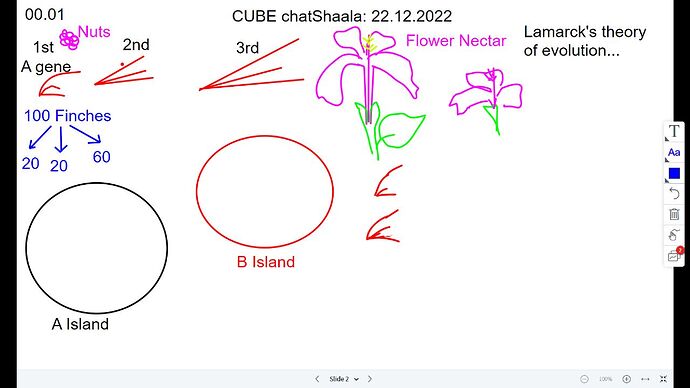 How can we define Evolution

I thought evolution is what lamarck described in its theory.

Use and disuse of an organ leads to the change in its shape later that was acquired by next generation .Like short neck girafee changes to long neck girafee.

Later on CUBE Chatshaala discussion i understood that what a wrong concept that i was having about evolution .

Later i found the same issue with @Shraddha276 @Smiti ⁩ ,not an issue but some of us understood evolution in that way .

We started discussion with how darwin finches changes its beak shape ??

In yesterday’s chatshala discussion we tried to found out our misconception regarding evolution .

2) Second was that not only the shape of the beak can be changed based on the choice, but also once such shape is chosen that shape gets inherited in the next generation

Then we understood that probably a mutation is occuring, that is leading to the variations among finches .

Later we came across how mutation is happening !!!

Later on discussion @⁨shalinisharma⁩ made a great attempt regarding how mutation in beta chain of heamoglobin leads to Sickel shaped RBC. 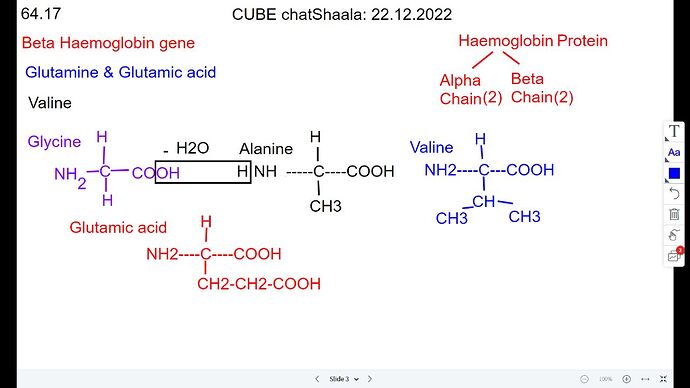 We started our discussion with Beta chain of Hb and wanted to know from where this beta has came in the story of sickle cell anemia.
So our Hb protein is composed of 2 chains of alpha and beta each.

What is this alpha and beta chain?
It is a polypeptide chain of amino acid which differs in the sequence of amino acid.

What does mean by polypeptide?

What is happening to Hb protein when there is valine (Val) instead of glutamic acid (Glu)? What is causing the RBC to become sickle shaped?