No no I am not joking

This works by a simple method…
There are two spinning barrels in the place of wings, these barrels are the things which play all the role…
When they spin, air on either side speeds up which creates low pressure area on that side and the plane gets pushed in that side. 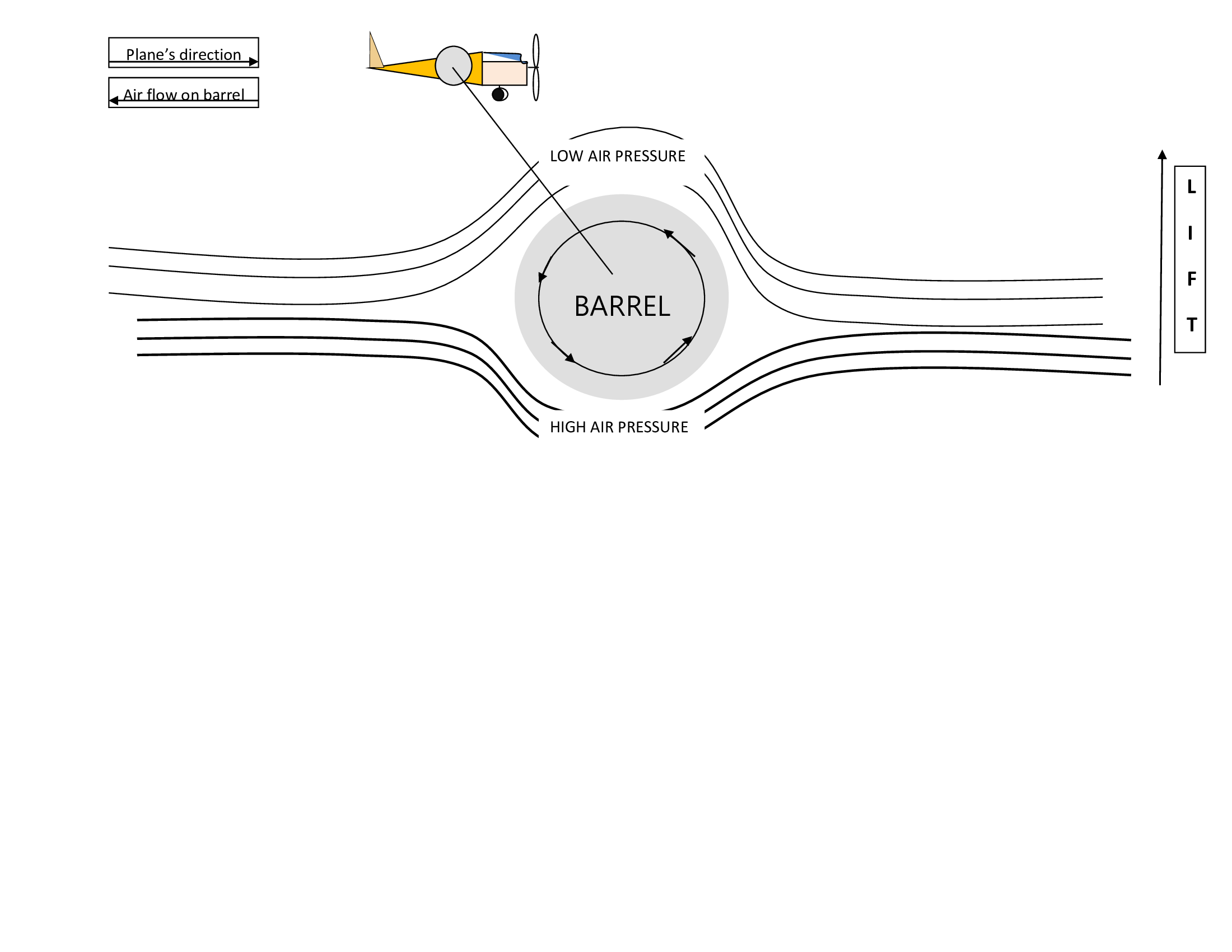 You may need to zoom in

Well, these planes need a propeller to go forward and when these barrels spin against the wind flow pressure difference is created which makes the plane lift.
By this method, some special ships such as the one given below, sail forward with the help of cylinders. 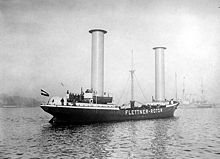 FACT
The spinning cylinders used in the ships or in these type of planes are known as Flettner Rotors. Which were named after a German Engineer -Anton Flettner.

Spin bowlers depend on the magnus effect to move the ball in the air and the seam to move it once it hits the pitch. B. S. Chandrshekar would bowl a vicious topspin that would dip due to tha magnus effect. Once it hit the ground the rotation would accelerate the ball tremendously.
E A S Prasanna did the opposite. Make the ball float and slow down once it hit the pitch.
B. S. Bedi did a mirror image of E. A. S. Prasanna since he bowled left arm off spin, effectively making it leg spin.

Yes sir, you are right

Magnus effect is used in many cases, it’s probably this effect which has changed the bowling in many sports…

There are two spinning barrels in the place of wings, these barrels are the things which play all the role

Illustrations, perhaps fanciful, of so-called ‘flying saucers’ also seem to rely on this effect. The upper side of the craft is fitted with high speed counter-rotating panels that are flush with the body. Presumably, the idea is that the spinning panels will generate sufficient lift to counter gravity.

However, even though the idea has apparently been patented (which might serve as an excellent illustration of the stupidity of the concept of patents), building a real world model is a little more difficult.

This discussion goes into a little detail about why it won’t work, at least given existing technology.

On the other hand, a successful rotocopter has flown/is flying on Mars, where the low gravity is matched with extremely low density atmosphere, so the airfoils have to spin much much faster (than needed on earth), creating new engineering problems.

Since they do, in fact, spin so much faster, perhaps the time has come to re-examine the feasibility of flying saucers using the Magnus effect.

Such a craft needs very high speed motors and bearings. Also, it needs additional drives to manage forward, reverse and side movements.

Even the barrel winged aircraft might be feasible now. The inside of the barrel skin could be lightly finned, to create a secondary airflow that pulls air in from the front of the aircraft and throws it out towards the back, giving the aircraft forward movement. At the same time, the outside surfaces will be completely smooth, in order to minimise air resistance.