Many people are familiar with the concept of a bar magnet. It is a piece of metal, or metal impregnated plastic, that, if freely suspended, will orient itself roughly perpendicular to the equator. 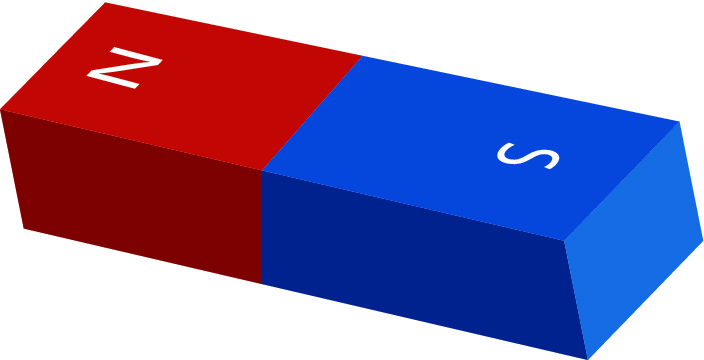 As the picture shows, we typically use the terms North and South (represented by N and S in the picture) poles to describe the longitudinally opposite ends of the bar.

Now, we also use the term North to describe one of the polar regions of the planet, and South describes the other end. In fact, we define the axis of rotation of the planet as the imaginary line drawn between the North and South Poles.

What do you think?

Lets fix which is north of which. Since we already know N and S of earth due to celestial movements on E and W plane. Then we can say, which ever side of the magnet points to the N pole of the earth is N, and the opposite S. This is my resolution. If not, my dyslexia will set in.

I’m no expert in magnetic fields but I certainly would like to see how the magnetic needle would behave if we go to the North Pole (or the South Pole for that matter) as, to my knowledge, every direction on the North Pole points towards the South and vice versa.

Unfortunately, it will merely move aimlessly, if at all.

But that isn’t really an answer to the question.

The earth itself has a giant magnetic field, thanks largely to its massive iron core, and this field is closely (but not precisely) aligned to its axis of rotation.

Is the side to which the North pole of the bar magnet points the northern pole of the Earth’s magnetic field? Is that even possible?

Quantum spin states are however…errrmm… unambiguos. Spin UP is South and Spin down is North.
My head is spinning now.

The simple science is that, any two magnet will always obey the laws of magnet, one of that is there will be atraction between similar poles and repulsion beween like pole… thats why in magnetic Compass it is said that its pole seeking side of the needle… “The earth is a huze magnet”.

I understand the opposite is in fact true, that the magnetic North is close to the polar South, and vice versa. It seems the bar magnet (or, to be generous, the historic but I should think less used magnetic compass) trumps the earth. At least in name, it is more bigly.