“A big problem I see in a bicycle PTO is stability. The stand has to be much mor than the standard already on the cycle. It would have to be independent of the cycle for weight reasons. In which case you wind up with a ready frame missing ony a crank and gear chain. Would be far easier and most likely cheaper to build the whole thing than repurpose a bicycle.
BTW what is the price of a old style bicycle?”

The quote above by @jtd is from a conversation on reusing stuff lying around to do routine things that might otherwise be outsourced at some cost, or be bought readymade as finished and probably packaged goods, thus adding in some, very real but mostly overlooked, sense, to the human energy burden on the planetary ecosystem.

In particular, it arises from a nice looking jugaad that was circulated, of bicycle parts being added to a small grinding mill. The video suggests that women who are too busy to get out and about for a walk or to the gym could thus get the equivalent of a home gym machine, while grinding the atta needed for the day.

Apart from all the questionable assumptions in that premise, it seems it’s probably a good idea to examine and create awareness of the possibility of dual usage of any such device as a bicycle, rather than proposing a design that demands dismantling the bike and using the parts to make a different gadget.

Of course, it is possible that mass manufactured items like a bicycle frame might be cheaply and easily sourced anywhere in India, and so the project might become one of repurposing rather than reusing or recycling (a word I was trying to avoid, since not many people appreciate my fondness for puns). That needs to be examined first, while creating such designs.

The engineering part of this discussion, the reason for the subject title, is that existing gadgets usually have a particular motion that is accessible, such as the rotary motion of the bicycle. The motion that is needed by the new design might be in a different axis or of a different kind, such as a pure linear motion, or an oval etc. The conversion mechanism that enables this is called a Power Take Off, or PTO, literally the accessible part of the inbuilt transmission, that can be used to extend the transmission and deliver the desired motion for the new end purpose.

It should be noted that plug in designs for bicycles to drive water pumps for agriculture have been around for decades. The bicycle is not dismantled, it is lifted and placed in a frame for the period it is needed, and can then be lifted out and wheeled away.

It should be noted that plug in designs for bicycles to drive water pumps for agriculture have been around for decades. The bicycle is not dismantled, it is lifted and placed in a frame for the period it is needed, and can then be lifted out and wheeled away.

Are they available now? If so it might be much easier to add a gear and produce torque suitable for other purposes.

Are they available now?

So, one design I had read about, many decades back, has a roller which the rear tyre propels, and the axle transfers the power to the pump. The weight of the cyclist is sufficient to ensure the slip between rubber tyre and metal roller is low.

This is diy, and ought to be quite straightforward to assemble almost anywhere that small workshops are available.

Interesting idea video popped up on my Twitter today

This implies that the electrical solution involving many batteries to be fitted in many bicycles can be rethought.

One alternate that comes to mind is a clockwork spring. A very long piece of thin spring metal might be designed as a light load to wind up over the length of a decent cycle ride. A slip mechanism is needed, so that the fully wound spring does not lock the wheel.

The counterpart, the cycle stand, would have the dynamo in it, to be powered by the unwinding clock spring, once the cycle is locked into it.

This would minimise the number of electrical generators needed, since only the stands would have dynamos/generators, and eliminate batteries entirely.

The manufacturing energy and materials consumed in making springs and the minor clockwork mechanism is also, empirically, far less than that which goes into making batteries.

As it happens, this bicycle project did not make the cut to the list of winners. And, reading the general comments from the judges about the reasoning behind the projects they did choose, it is clear that it wasn’t thought through sufficiently to become a workable project.

Possibly, if the clockwork mechanism is doable, the energy generated might be sufficient to pay for the public bicycle stand.

In some cities in India, I think it was Bengaluru, a public bicycle project was actually launched. Such a project might be a good candidate for an integrated bicycle and energy generator innovation, to find ways to make such a project become either self sustainable or to lower the cost of running the project.

Spring will have limited storage capacity without getting very bulky and heavy.
Super capacitors will be a far less polluting alternative.

Spring will have limited storage capacity without getting very bulky and heavy.

Here is a simple energy calculator, and this one provides the weight calculations (linked to price quotations from their store).

The suggested alternative, super capacitors, are not known ("One disadvantage is a relatively low specific energy") for a great power to weight ratio, according to this resource, although much safer and far more energy intensive than commonplace rechargeable batteries.

Tinkering along these lines will be a great project.

Intuitively, mechanical energy storage for mechanical use sounds less lossy than mechanical -> electrical -> mechanical. If the bicycle is for a human to ride, would the spring weight matter that much? Bicycles have gotten heavier as they have got fancier.

If the bicycle is for a human to ride, would the spring weight matter that much?

That’s an interesting point. Certainly, one of the areas where racing cycles optimise on weight is the wheel itself, on the one hand, and on the other, since that weight will be rotating around the axles, does it really matter? Not only might the spring store the energy in compression, but the additional weight itself might contribute a little to the inertia, so the cyclist has an easier ride.

Of course, all good things must come to an end, they say, so the additional inertia might not be all that useful when the cyclist has to stop.

Anyhow, it is not as though anyone would want to add more than a few grammes of weight in terms of spring metal, maybe half a kilo or so, perhaps, on just the front wheel, which will lock into the stand, where the spring will drive a dynamo/generator to take electricity to the grid, or to local storage batteries.

The advantage of electrical systems is the absolute ease of control and the energy density, both in terms of weight and volume. Despite multiple steps of conversion, the ability to easily store and restore energy between acceleration-deceleration cycles makes electricity useable. Mechanical contraptions are seemingly impossible given current availbility of materials.
The energy density of a Steel spring is .1Wh/Kg vs a LiPo battery 100-285Wh/Kg (250–693 Wh/‎L) or the supercaps 5Wh/Kg.
We have to wait for carbon nano tube bundles become available in bulk to make a mechanical energy storage device, which 11 years after the paper below have not materialised. 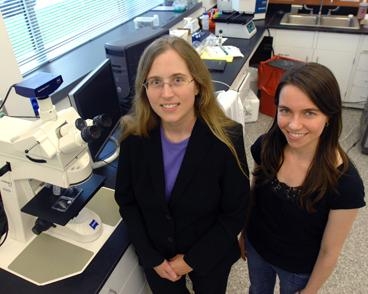 Mechanical engineer Carol Livermore and colleagues find that carbon nanotubes, used as springs, have potential to compete with batteries for energy storage.

Mechanical contraptions are seemingly impossible given current availbility of materials.

Agreed, but is this the whole picture? Wheeled bicycles are cheap and plentiful, for instance, and we’re discussing a modification of just the forward wheel hub, one that might also be created as a retrofit.

There is a need to identify a rust resistant but easily available metal to use for the spring itself, but this may not necessitate creating a completely new end to end production process.

It beats me why this particular news is posted on LinkedIn, but it points towards a greater availability of stored electrical energy capability, at, presumably, a lower cost, in India in the future.