Kindly add your place/affiliation along with your name while joining.

In yesterday’s chatshala, we started discussing with the microscopic picture which was shared by @Navneel from Kolkata. We were trying to identify that organisms which was looking very similar to Moina and daphnia.

We also discussed classification of fruit fly and moina/daphnia so that we can differentiate between them on the basis of morphological characteristics.

@Batul Pipewala Kolkata told the story of identification of moina in CUBE by @kajal.

in Ranchi we were culturing Moina since August 2019 and lost Moina in July 2021. Which was the same well studied Moina macrocopa JSK1 which was brought by Sweta and Manjuel after August, 2019 CUBE national meet from CUBE, HBCSE, MUMBAI.

Discussed about the standard protocol for moina culture , we culture Moina in container containing 250ml dechlorinated water (DC water)and feed them 1 drop of milk everyday . We feed milk drops, so that milk bacteria will grow and moinas will feed on them. 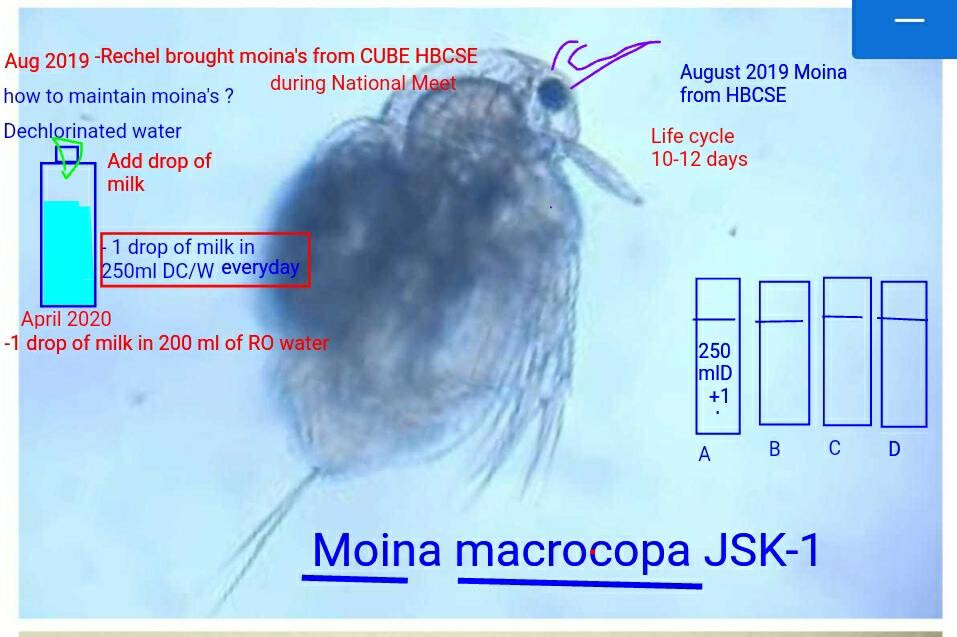 @Soumyadip from Kolkata also told that he was also having crustaceans something like daphnia /Moina when he was culturing Azola .

Then we discussed about the life cycle and life span of Moina . So in order to check the life span we tried to set up an experimental design.

according to the hypothetical experimental design to check life span of Moina, 1st we need to identify the adult gravid Moina that can give birth to baby moinas.

Then we can isolate them in a container with 250ml DC water and feed them 1drop milk everyday day. 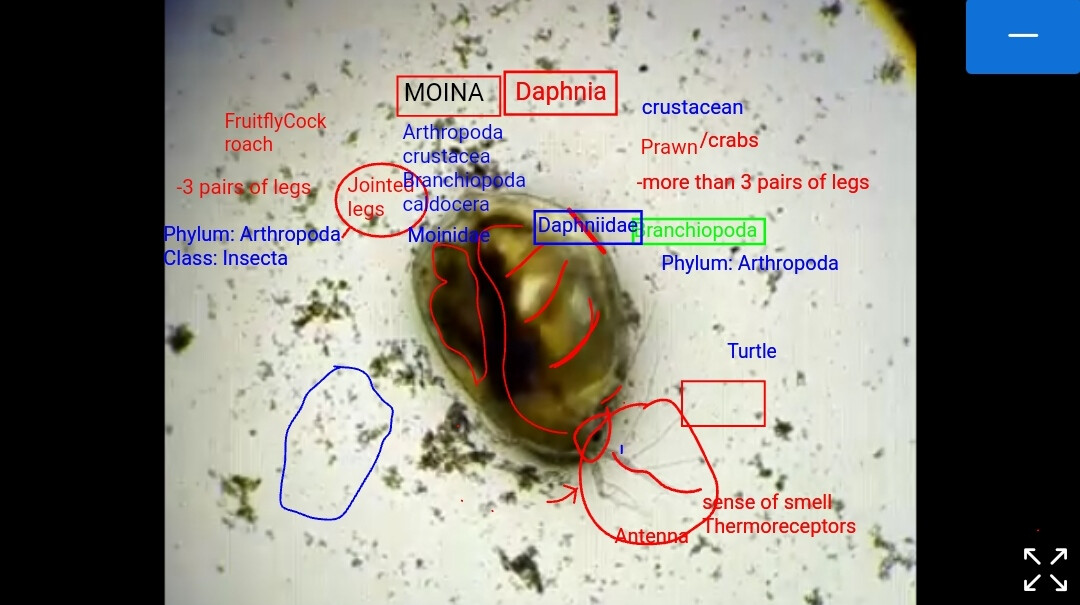 When these moinas will become adult and gravid and produce baby Moina we will keep separating out new baby Moinas and we will keep observing them until they die. 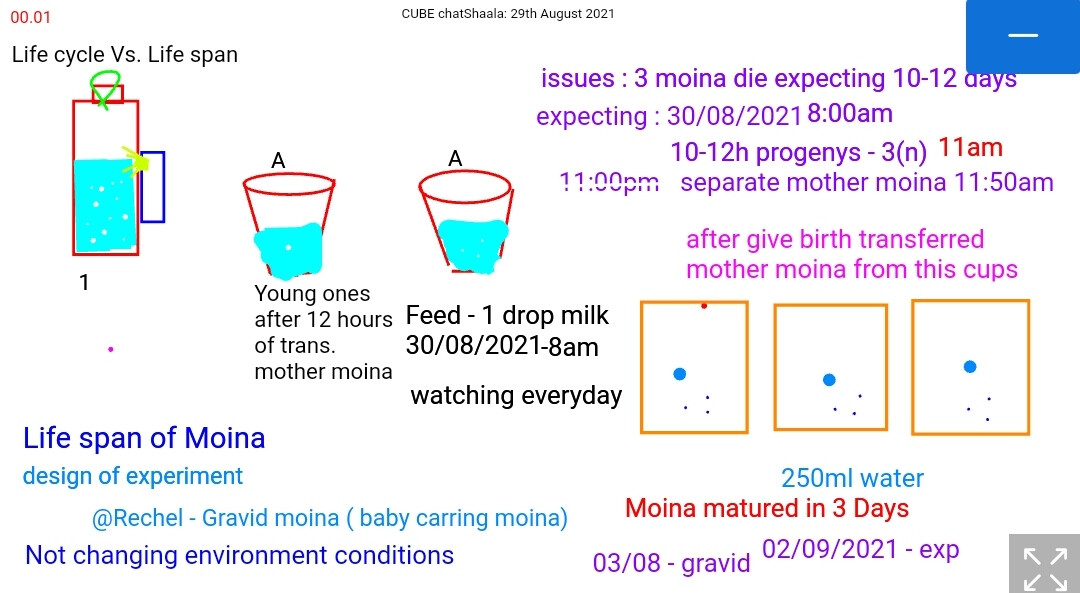 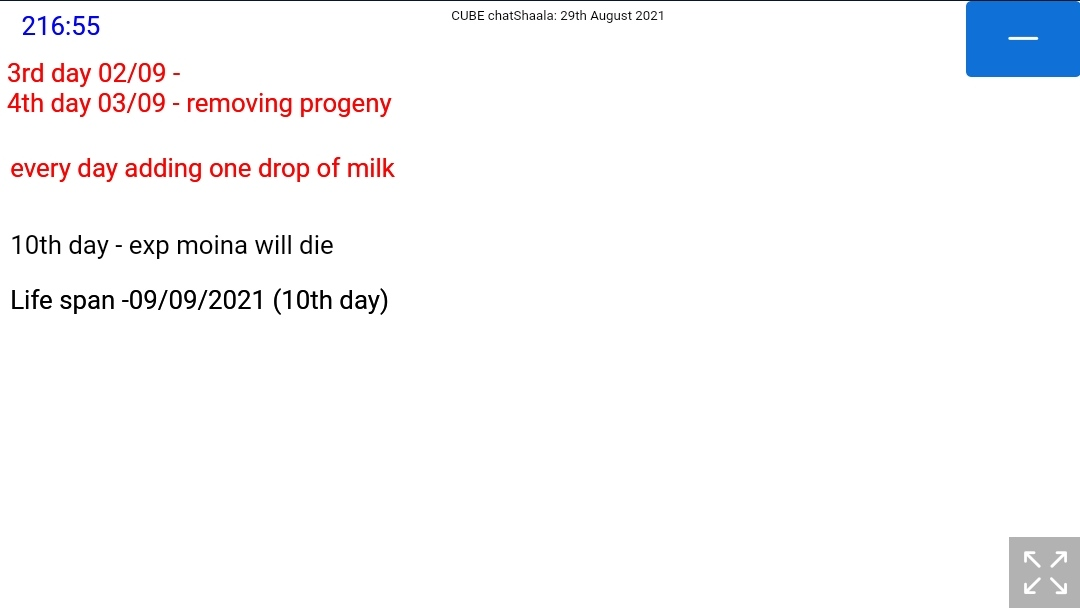 Note CUBists who had joined the session but their name isn’t included in this list, kindly reply to this message.