Science with a rubber band

What kind of science can be done with a simple rubber band? In this post I want to discuss some ideas which use the rubber band as the basic unit in the experimentation. The rubber band is common enough material that will allow these ideas to be explored well. It is a low cost attempt at bringing in aspects of scientific process, experimentation and measurements.

How to construct your own spring balance?

One of the basic properties of rubber bands is that they are stretchable. This property makes the rubber band a common item as it can be used in a variety of situations.

Rubber bands stretch when a force is applied to them. The force can be in any form. For example, you can use your hands to stretch a rubber band. This stretch is temporary within limits, if you stop the force, the rubber band comes back to its original length. If you stretch too much the rubber band breaks.

We will use this property of the rubber band its stretching when applied a force in order to construct our own spring balance - a device to measure weight!

Now answer some questions about this

We will use the property of the rubber band that it increases length when a force is applied to it to measure force. Now let us talk about weight. Look at the following conversation and answer these questions before you go further:

Weight is a type of force that is .

Why does it stretch?

Charges on a rubber band 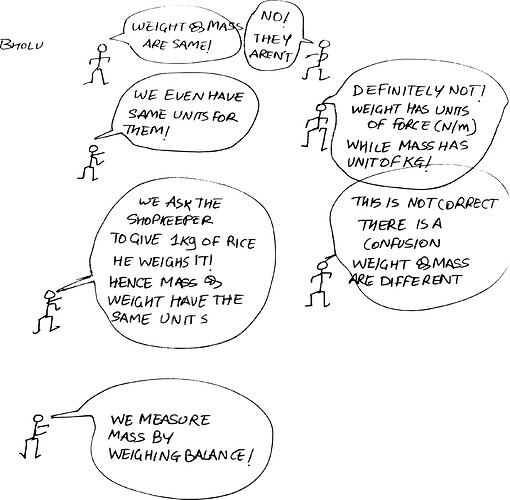