STEM Chat COVID Chat
covid-19
The Controversial Lancet Study about Hydroxychloroquine Drug for Treatment and its Retraction Amidst the COVID-19
0
meena74 (Meena) June 6, 2020, 5:16am #1
A Study on Finding Efficacy of Drugs for Treatment of COVID-19
Meena Kharatmal
HBCSE

A recent paper in Lancet gained publicity because of its strong claims about efficacy of both the drugs chloroquine and hydroxychloroquine. The study conducted as a multinational study in a span of short time and even getting published has gained quite a lot of criticisms and comments. This also led to WHO halting its solidarity trial, followed by resuming it due to lack of conclusive evidence. To begin with, the study is described and it is followed by various criticisms from around the world.

In the current COVID-19 outbreak, two repurposed drugs viz., chloroquine and hydroxychloroquine have been widely used for treatment, albeit without significant conclusive evidence. The recent paper published online in Lancet (22 May 2020) is a multinational study indicating no evidence of benefit of both the drugs, chloroquine and hydroxychloroquine with or without antibiotics. On the other hand, some evidence suggests the association of these drugs with risk of increase in heart-beat and in-hospital mortality.

The use of hydroxychloroquine or chloroquine in COVID-19 started as a publicity although with uncontrolled studies, suggesting that a combination of hydroxychloroquine with the macrolide azithromycin was successful in COVID-19. Other than this, the FDA had issued an emergency use authorization for these drugs in patients if clinical trial access was unavailable. Therefore, other countries, started allowing use of these drugs and several countries started stockpiling the drugs. This resulted in shortage of these drugs that are designed in treatment of other diseases, such as malaria, autoimmune disease, rheumatoid arthritis, etc. Two other instances of similar use of drugs raised concerns. One in which patients were treated with the use of hydroxychloroquine were associated with a greater hazard of death. While in the other instance, patients treated with hydroxychloroquine did not indicate any measurable clinical benefit in patients with COVID-19 pneumonia. The authors of the Lancet study, point out that their multinational study not only supports the absence of benefit of chloroquine and hydroxychloroquine but also points to potential harm in hospitalized patients with COVID-19.

The authors conducted a multinational study with 671 hospitals in six continents with 96,032 patients (mean age 53·8 years, 46·3% women) with positive cases of SARS-CoV-2. All the cases were confirmed on the basis of positive results from RT-PCR diagnosis test. Those patients who were started treatment within 48hours of diagnosis were part of treatment groups classified into four categories: chloroquine alone and with macrolide; hydroxychloroquine alone and with macrolide. Clinically the macrolides are type of antibiotics, specifically, azithromycin and

clarithromycin, that were used in combination with these two drugs.

Table 1 The number of patients in the four treatment groups showing mortality rate and increased risk of heart-rate data from the study.

The concerns raised from use of chloroquine and hydroxychloroquine are due to the fact that these drugs are associated with cardiovascular toxicity, specifically because of known relationship with QT interval prolongation (the time taken for ventricular depolarization and polarization). This relates in blockage of potassium channels, lengthening ventricular repolarization and duration of ventricular action potentials. In some cases, soon after ventricular depolarization, it can trigger into ventricular arrhythmia (a type of condition of abnormal heart beats in ventricles in which the heart beats too fast, preventing oxygen-rich blood from circulating to the brain and body, and may result in cardiac arrest). Patients with cardiovascular conditions have a tendency for developing arrhythmia. Moreover, cardiac injury has been reported with high frequency during COVID-19 disease.

The study also indicated the independent association of either hydroxychloroquine or chloroquine with the occurrence of de-novo ventricular arrhythmias, with an increased hazard of de-novo ventricular arrhythmias, during use of drugs in combination with a macrolide. The findings indicate not to use the drugs outside clinical trials although requiring confirmation from randomized control trials.

A commentary on the study, though commended their findings, but also mentioned the missing parameters about the relationship between death and ventricular tachycardia, and causes of deaths (ie, arrhythmic vs non-arrhythmic) were not examined.

This study published in Lancet, has raised quite a lot of criticism, comments. Scientists and clinicians have questioned the authenticity of this massive database used as part of the study. Skeptics have also questioned about just 4 authors conducting study on over 96000 patients (with no acknowledgements), which otherwise studies in medicine field are contributed by about 50-100 authors in a collaborative group. The critics have questioned the lack of transparency in mentioning which countries and hospitals were part of the study. To which the authors responded by mentioning the code of confidentiality about not disclosing the countries and hospitals.

Ten major concerns are raised about the statistical analysis and data integrity of the study. These are related to – non-adherence to standard practices; no release of code or data in public; no ethics review; etc. The letter also raises doubts over unlikely results of death from the cases across the countries, considering the significant differences in demographics.

WHO had launched a ‘solidarity trial’ to evaluate efficacy of chloroquine and other therapeutic drugs in multicountry clinical trial (08April2020). However, in light of the findings from the Lancet study, WHO had suspended the solidarity trial (23May2020) of use of hydroxychloroquine, as a precaution for which the safety data was to be reviewed from solidarity trial, other ongoing trials and any other evidence. On the other hand, the Lancet findings received criticisms and raised concerns on its findings. After reviewing the safety concerns, based on available mortality data, WHO has resumed the use of hydroxychloroquine (03June2020).

The Indian authorities also expressed reservations about WHO’s suspension of the solidarity trial of use of hydroxychloroquine in COVID-19 patients. The Indian Council of Medical Research (ICMR) wrote to WHO citing stark differences in their dosage standards between Indian and International trials, and resulting in significant findings that can have efficacy of these drugs in COVID-19 treatment. The ICMR pointed out that their low dose protocol has been effective in quick recovery of COVID-10 patients in India. Further, the ICMR emphasized that there was no reason for the WHO to suspend the trial for safety concern. The CSIR and its institutes have also written to Lancet and raised questions about the effectiveness of the study.

Signatories to the Lancet have been in agreement on the need for randomized control trials based evidence to inform policies and practices. Lancet’s editors have taken a note of the questions about reliability of findings, and called for independent audit of this work. The Lancet is also one of the signatories adhering for sharing research data and findings relevant to COVID-19 outbreak in public.

In a latest development (as of 04June2020), three of the authors have retracted from the study, citing that they were unable to complete independent audit of data, and that they can no longer support the primary data sources, nor vouch for the paper.

Meena Kharatmal is a Scientific Officer and a PhD Student at the Homi Bhabha Centre for Science Education.

The jury is still open, though. The withdrawal is due to inability of the authors to review the source data, not any specific accusation of data falsification. The 4th researcher, who was responsible for the actual data, seems to be involved with a startup business, and quite possibly has signed some nondisclosure agreement that prevents releasing access to the data itself.

Very interestingly, in this specific context, IBM Research has just released a cryptographic tool (for iOS and MacOS: the link is to the latter; more releases are planned for the next few days) that empowers a data controller to give highly selective access to untrusted parties to sensitive data, in a manner that works around any such legal barrier.

The effect of HCQ described here is interesting. I was told verbally by my cardiologist (a decade back) that it had a tendency to either promote or dislodge existing blood clots, that could create problems around the network of heart supply channels, or worse perhaps, the brain. Is this explained also by the ventricular depolarisation issue, or is there some other mechanism, or is this suspicion not supported by any research findings? 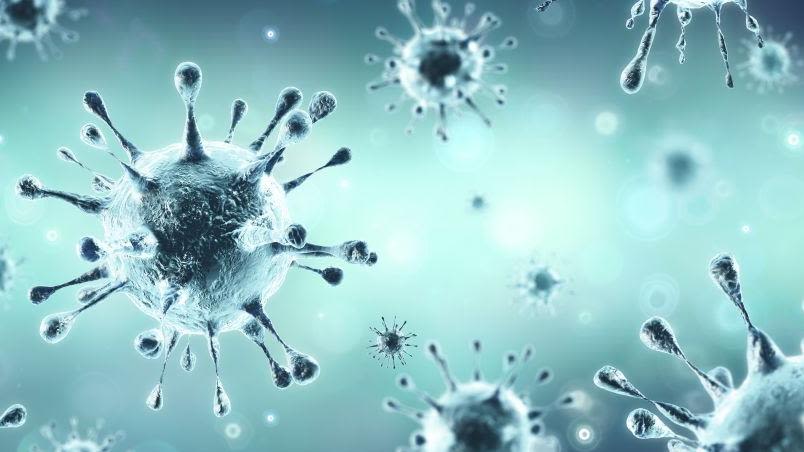 No clinical benefit from use of hydroxychloroquine in hospitalised patients...

Statement from the Chief Investigators of the Randomised Evaluation of COVid-19 thERapY (RECOVERY) Trial on hydroxychloroquine, 5 June 2020

A new fabric that generates it’s own electric charge killing bacteria. Also the principle of operation for current N95 masks.

Can Piezoelectric energy can be stored or commercialise in form of electricity STEM Chat
3 Likes
meena74 (Meena) June 8, 2020, 2:42pm #5

The jury is still open, though. The withdrawal is due to inability of the authors to review the source data, not any specific accusation of data falsification. The 4th researcher, who was responsible for the actual data, seems to be involved with a startup business, and quite possibly has signed some nondisclosure agreement that prevents releasing access to the data itself

Ok, agreed. But this also indicates, why the initial peer review by the Lancet did not take all these factors into account. The initial peer review should have come up with those questions about data, and then they could have mentioned a disclaimer. Infact Lancet itself is a signatory for open access data (it should apply while peer review as well). This is my opinion.

Also when they were embarking on such study, they should have alarmed , checked with WHO as it had started the solidarity trial. Rather they created panic by just publishing

All the covid-19 research work is getting published in a hurry!. I made a joke on twitter that : just as the SARS-CoV-2 is contagious, the publication around it is also getting infectious.

Totally agreed about the peer review. It raises serious questions about the manner in which the proprietary publications are handling research. If they fail to exercise due diligence, why are they accorded such special privileges?

Note: quality research should normally be publicly funded, in order to avoid the possibility that vested interests might influence the conclusions, might even create the conclusions before the research is done.

But that ship sailed long back, in several important fields, not only that of pure science.

Which is not to say that ‘open’ publishing has fully grappled with these issues, but at least the published works are accessible, no matter who paid for the research.

And accessibility is the key, so that the validity (and, of course, the relevance) of research can be subjected to the cold glare of open review, both pre and post publishing.

The relevance is also hugely important. While much of scientific thinking is supposedly about the repeatability of experimental results, there is little or no societal value (which is primarily within the academic environment) for the actual conduct of such research. It isn’t that nobody gets a PhD for doing published research over again, nobody runs academic departments that regard such repetition as a badge worth possessing. Certainly, donors aren’t falling over themselves to fund repeat studies. Instead, as often as not, some funded research will encompass laying out some aspect of an experimentally proven theory that adds no value at all to the field of knowledge.

Ok, slight digression from what the Lancet did, or did not, but it needs to be seen in perspective, and discussed openly, and solutions found.