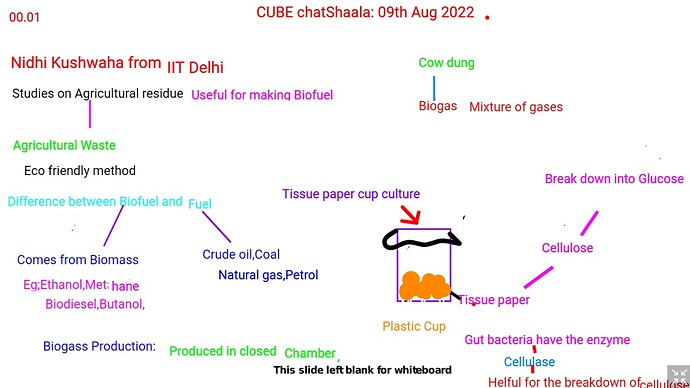 Nidhi Kushwaha from IIT Delhi is concerned with the study of agricultural residue and how it can be used to make biofuel.
What is biofuel?
Its fuel derived from plants so basically its plant based fuel.
They are eco-friendly fuels.

One very common example of biofuel that many of us may have come across is biogas.
Biogas is a mixture of gases like methane, Carbon dioxide and other gases.

Then we discussed about biogas production-
So as Nidhi said for producing biogas plant waste is put in a chamber and anaerobic conditions are provided. Here anaerobic bacteria will breakdown the complex molecules is the plant waste and produce gases.

An overview of physico-chemical mechanisms of biogas production by microbial...

Biogas is a combination of methane, CO[2] , nitrogen, H[2] S and traces of few other gases. Almost any organic waste can be biologically transformed into biogas and other energy-rich organic compounds through the process of anaerobic digestion (AD)... 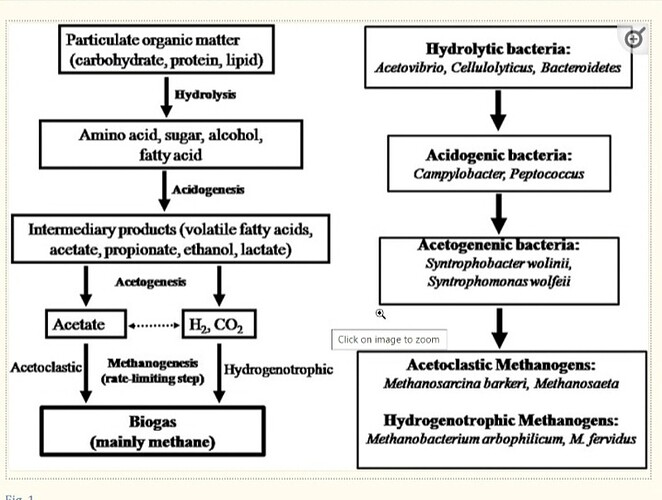 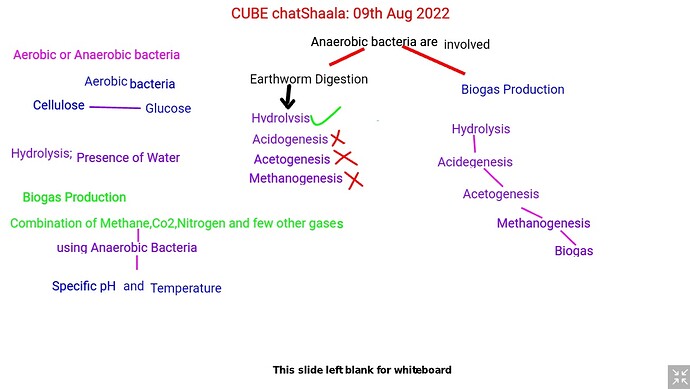 So Biogas production occurs due to anaerobic digestion of plant waste to produce biogas
Earthworms living in soil they eat plant waste and digest it.

We had a great discussion, Thanks to Nidhi we could discuss about biogas production something I’ve studied in textbook but didn’t really understand before.