Unusual behavior of a cat who lost a kitten 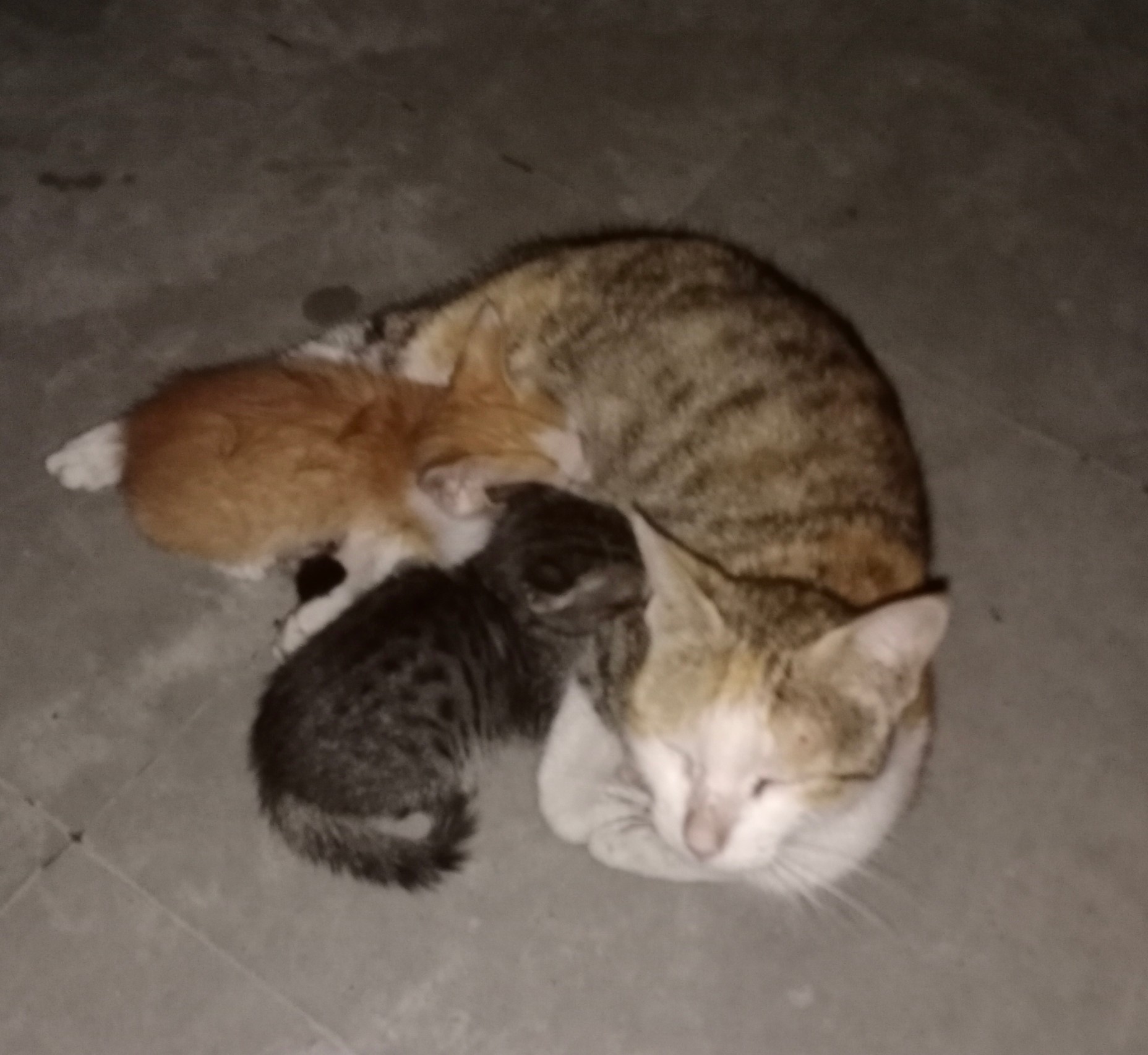 I was playing with my cats and her kittens in my garden. I left for 15 mins to attend to a call when I heard a dog barking from my front door. I opened the door and saw the first kitten unconscious on the floor. I had not seen the dog till then. I walked to my garden where I saw a black dog and it had the second kitten in its mouth. I shooed the dog away. It left the second kitten on the grass as it left my house. A few seconds after checking both the kittens, they had both passed away. Their mother had stayed up on the large tree the whole time but after the dog left, she came down and the first thing I observed was her smelling the kittens. After I picked them up from their spots, she continued sniffing those particular spots for the rest of the day.
The further observations were that every day for the next three days she would roam all around the house meowing very loudly and these shouts were longer than her usual meowing voice, which I viewed as a sign of grief or her calling out her kittens. She was also not as demanding and needy as before. On the fourth day, i.e., 28th June, 2021 I observed her yowling had stopped and she started playing and being needy more than the past few days.
I have seen this particular behavior in two of my adult cats after losing their kittens, but the same behavior was not observed in a cat I had, which gave birth for the first time.

An interesting observation that you’ve made!

And good that you’ve followed it up over time.

Was this (cat in the picture) the one which gave birth for the first time?
What had happened to the previous cat duo? If you elaborate on their stories, then it’ll be exciting to relate it with the current story.

The cat in the picture is the one whose observations I’ve made, hence, not the cat who gave birth for the first time. I foster stray cats and help them find owners so the cat(who gave birth for the first time) now has a different owner, hence, I’ve not followed up with her behavior.
As for the previous adult cat duo, when I had them they both showed unusual behavior as my current cat, like, loud meows and one of them even kept shooing the crows away which would roam around her deceased kitten. As of now, one of them has a different owner and the other one passed away in 2016.
Though through these recent observations I’m now keen to know whether the cat who gives birth the first time and does not show the same behavior, does show it during her second or third time. I’ll make sure to post it here if I make any further observations on the same!

her yowling had stopped and she started playing and being needy more than the past few days.

A similar behaviour is seen among lions. When a male lion takes over a pride, it immediately kills all the cubs of the previous lion. After the cubs are killed by the new pride leader, the lionesses come to heat and mate again to produce new litter. They are back to normal in no time even after seeing their own kids being slaughtered in front of their eyes and soon start mating with the same lion that killed their kids.

We tend to anthropomorphize and feel that the animals should behave as we do and often find such a behaviour to be morally wrong (as in the case of lionesses). But that’s the life in the jungle. Lions and domestic cats being feline may have a lot of similarity in their behaviour. Considering this, the cat is behaving as it should do.