👀 Whitefly:- Path to the first know horizontal gene transfer between plants and insects! 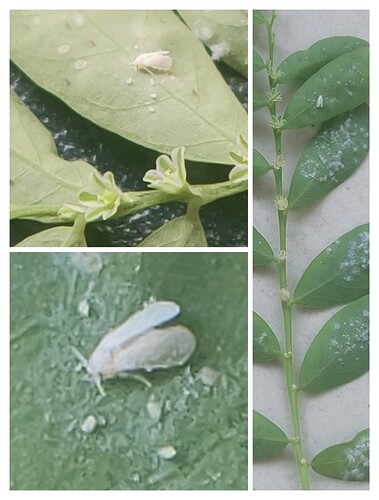 I observed a fly on my phyllantus plant that may have caused the infection. What pest was it??Is it aphids??..It was later found out in chaatshalala that the fly is a white fly! Aleurodicinae Aleyrodinae Udamoselinae †Bernaeinae Aleurodidae Whiteflies are Hemipterans that typically feed on the undersides of plant leaves. They comprise the family Aleyrodidae, the only family in the superfamily Aleyrodoidea. More than 1550 species have been described.

@Himanshu shared a reference that hinted towards a very recent study (2020-2021) of the very first horizontal gene transfer between plants and insects! 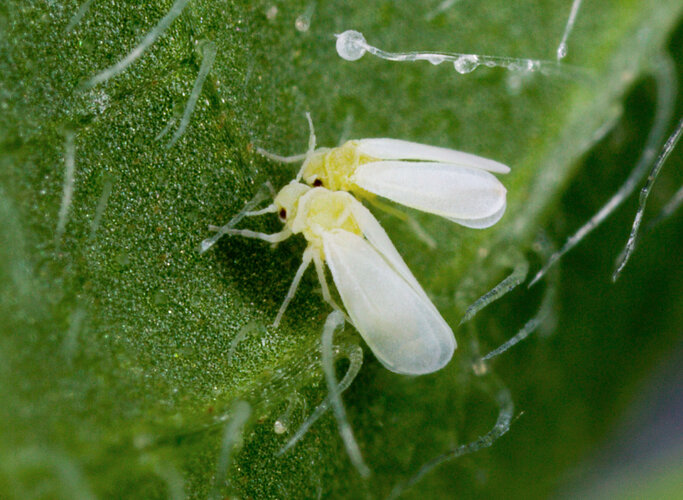 The silverleaf whitefly is a major crop pest in the tropics and subtropics. After studying its genome, an INRAE researcher and a CNRS researcher identified 49 plant genes transferred to the insect's own genome.

This is the original paper shared by @Theertha
https://www.researchgate.net/publication/350394774_Whitefly_hijacks_a_plant_detoxification_gene_that_neutralizes_plant_toxins#:~:text=Whitefly%20hijacks%20a%20plant%20detoxification%20gene%20that%20neutralizes%20plant%20toxins,-April%202021 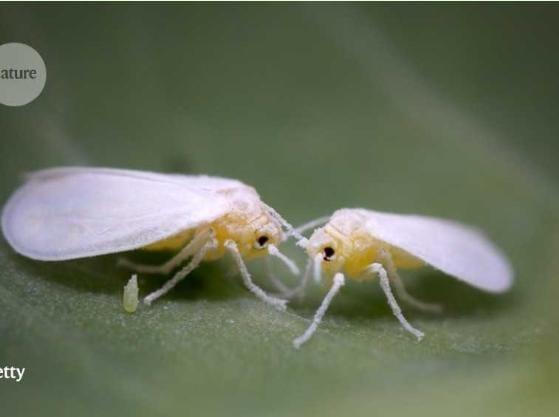 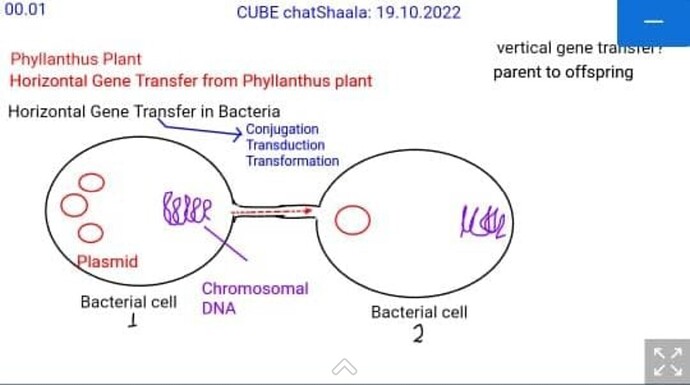 #There are two methods of gene transfer as told by @Chitralekha

So how does horizontal gene transfer occur in plants ? Do plants have plasmid ? 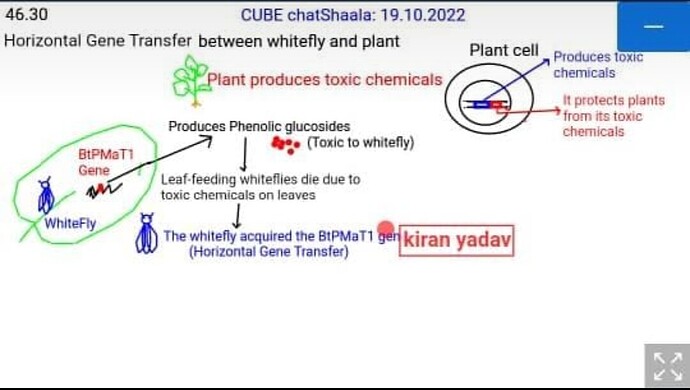 Acc to ref sent by @Theertha

Ideally The toxins should have affected and killed whiteflies

However it was found that the white fly acquired gene ( BtPMaT1) from the plant, that protects plant from its own toxin, thereby making whitefly resistant to the toxins produced by plant 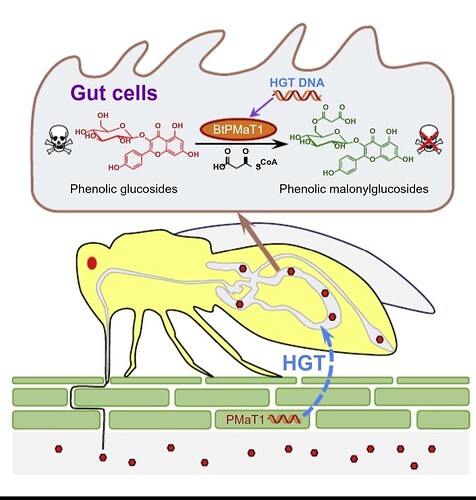 •Gene BtPMaT1 in plants produces an enzyme , phenolic glucosidemalonyltransferase , that transfers a Malonyl group on compounds ,including phenolic glycosides (secondary metabolite),required for its normal metabolic activities.

•The whitefly acquired the gene through horizontal gene transfer and is use it to transfer malonyl group to phenolic glycosides which they are toxic to.

•Malonylated phenolic glycosides are not toxic to the fly. Hence the insect (whitefly)is now resistant to the secondary metabolite

How does the gene transfer ? Does that happen directly or via bacteria/viruses? Does evolution play any role?

Nice summary @Ichha @Theertha @khushi_goel
Now there are two questions upfront let’s find answers for the following…
1 How we are sure that the gene responsible for detoxification was transfered from a plant to whitefly?
Can’t this be an Atavism (the reappearance in an individual of characteristics of some remote ancestor that have been absent in intervening generations)

@Ichha @Theertha and others

A wonderful picture of the whitefly shows the gene in the gut cells. The gut is the favourite ecospace of microbiota. Yesterday my friend Vijayaraman told me about a 17 Nov 2022 Nature paper “Intermittent Fasting protects against Alzheimer’s disease … through remodeling of the gut microbiota.”