Why would a dog attack a puppy?

My friend who is also a senior of mine lives just few blocks away from my house is a dog lover , she always feeds stray dogs and plays with them.

The incident I want to share happened about four years ago, At that time she used to feed a stray dog daily, and it became a ritual for the dog to come everyday at specific time and wait at her door step , after some days of feeding and playing together the dog stayed outside her house ,he was always near her house we could easily find him in the vicinity,we played with him ,named him moti. He was a lovable dog, he fixed his place at her door step cause she didn’t had enough space at her house to keep a dog ,yet he was always their.

One day my friend brought a stray puppy with her, Moti and the puppy got along nicely they played with each other , chased each other, playfully bit each other, and other stuffs that dogs usually do while playing .The puppy didn’t stayed with her but came once in a while to play and eat. Everything was going well but after three or four days , I went to visit my friend at evening like every other day and what I saw was heart wrenching the puppy was covered in turmeric and bandaged wounds. He was awfully quite and was breathing very slowly. Moti wasn’t there.

It was an awful day.That day Moti actually attacked the puppy while they were playing and bite him harshly,he harmed him immensely,At first my friend thought they were playing but after hearing the cries of the small one she ran to help him , her dad came to her aid and seperated moti and the puppy, moti ran away and uncle tended the wounds of the puppy but he couldn’t make it, he died shortly after.

Moti came back the next day but my friend couldn’t forgive him for what he did and chased him away but he kept coming back everyday.she even striked him but he never tried to harm her in any form just ran away and came back later she fed him after some days but was indifferent to him, eventually he stopped.

I still don’t know why it happened maybe he got jealous , or something might have gone wrong with him. I don’t know the reason behind his actions but it’s something that has never left my mind. 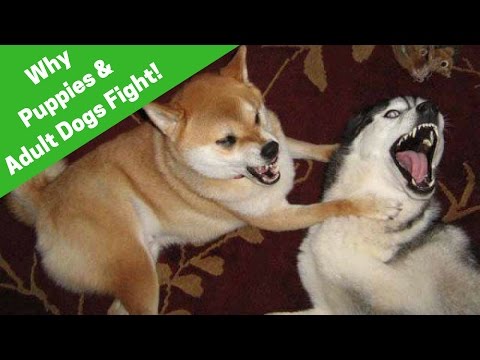 I came across this video recently and it was really enlightening ,helped me to understand the reason behind moti’s actions. Moti was just trying to train the puppy but he might have gotten more aggressive than needed which caused serious injuries to the puppy but it might not be his intentions, he was just trying to help (dicipline )him in his own way .

That’s how dogs interact with puppies which is completely normal but for us humans it’s an act of aggression ,we see it as a threat to small ones.we sometimes fail to understand that animals have their own way of living (socializing) which can be different from ours.According to the information from the video Their is 5 percent chances of happening what happened with moti but 95 percent times it’s just their way of teaching pups without hurting them severely.

I have always wondered about why dogs would be violent but this gives me some clarity and an alternative scenario to think about it in. Great insight!