In the last session, we extended discussion on social contract and reflected on the underlying need for order or chaos. Please check the recording of the session. 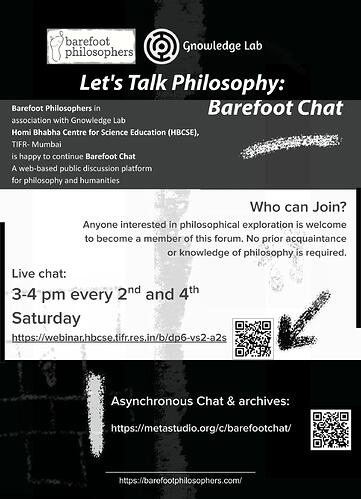 Small snapshots of the board activity can be found below. The points are listed roughly in the order of conversation. You may use them to jump to specific parts of the conversation in the recording.

Sir, can you give an example of order and chaos in the universe ? @karnamdpdurga

Yes, @2020ugchsncnseethala, for example when we look at the sky we find stars and planets moving all over the place and initially we would have thought their movement is completely chaotic.

In fact, many years ago, astronomers made careful observations to find out patterns in the chaos. For example, read https://en.wikipedia.org/wiki/Tycho_Brahe

And later people started finding some order in it. And today we have the heliocentric solar system as a model describing that order.

Similarly until Darwin gave the Theory of Natural selection, the origin of species seemed very Chaotic and today we find some order in it!

Can you now try and give any example? Say from your own work in CUBE with ants or what we are doing with mango-mapping (Link-1, Link-2)

Please ask if you don’t understand any!

Mango trees have not systematic life cycle because they flowering and fruiting in different times
Then we will think that its life cycle is chaotic.
We observed it regularly every year and then realized that it blooms and bears fruit in certain months.it have a regular order.

In the case of ants at first we think their colony is not working systematically.
Their colony is chaotic .
But we start to finding some order in it.
Their colony have some category queen, male, workers and each of them have certain jobs.
@karnamdpdurga

So, the debate we had yesterday in the live session was – if entropy is the fundamental property of the system out there and if ‘order’ and ‘chaos’ are only indicators of how much we, humankind, understand the system?

Is this question making sense to you? Or do you want me to elaborate?

sir, Order and Chaos it can be considered as development of science ? Because when we consider a system, we try to find an order in it as best we can,then you can learn more about it. when we try to analyse whole thing we can see our right and wrong things.
If iam wrong please correct me.

No, I don’t think there is anything wrong with your understanding. This is precisely what we tried to hit at.

I do not know if there is anyone who looked at the process of science as a journey of discovering order from chaos. Did any, @nagarjunag @Sharvay? Also @kruthik you can add if Taleb gave any examples of this effect?