What is this Cardamine plant, why are we focusing on it, and where will this plant be found?

Cardamine is a small flowering plant and belongs to the Family Brassicaceae.

Let me explain in easy words, Cardamine is like the Mustard,close relative of Cabbage,Cauliflower, Turnip, Broccoli and *Arabidopsis thaliana YES!

Cradamine is a close relative of Arabidopsis, which is a popular model organism in Plant Biology and Genetics.

Here’s the Research paper title Cardamine hirsuta: a comparative view
Corresponding authors: Hay, Angela (hay@mpipz.mpg.de) and Tsiantis,
Miltos (tsiantis@mpipz.mpg.de) from Max Planck Institute for Plant Breeding Research, Germany.
The Research paper says: Cardamine hirsuta is related to the model plant A.thaliana and comparisons between these two experimentally tractable species have advanced our understanding of development and diversity.
http://dx.doi.org/10.1016/j.gde.2016.05.005
This the link of above Research Paper published in 2016.
Since Arabidopsis is an European species so what conditions (Favourable) will have to be given to cultivate it inside the lab.

A piece of sunshine on a grey day, i felt like i won the lottery when Prof. Arunan showed me Cardamine plants which are growing happily in the main lawn of HBCSE Building and said that this is one of the model organism (Seriously the model organism that has grown without any maintenance),i found it ubiquitous around HBCSE campus, preferring cool weather , damp soil, all of which we have in abundance and it is easy to identify with it delicate micro-green pinnate leaves and with its miniature four petaled white flowers.

You will find it about everywhere in the world.It’s tiny so you might not notice it, it prefers any kind of soil with enough moiture so it’s literally EVERYWHERE.

All of these pictures were taken in January 2020.
Cardamine is a weed that grows everywhere and you will definitely have some in your garden. as Nazish found some cardamine plants in her Graden
Nazish could you please share the photo of your Cardamine Garden. 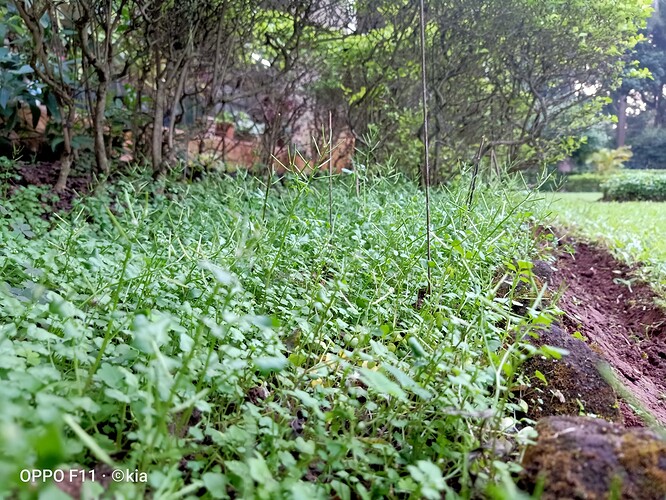 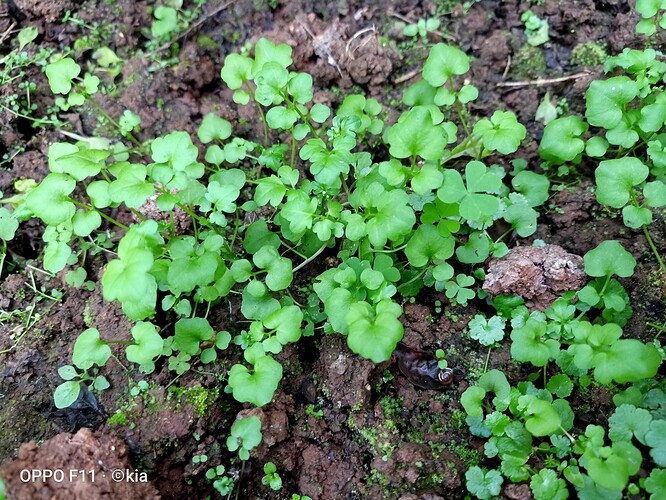 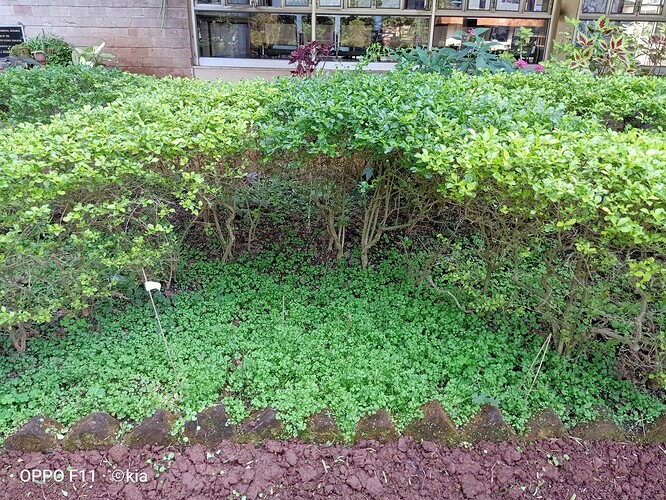 Cardamine forest growing under these shrubs in the main front lawn at HBCSE campus.
The little plant that pops up all over the place and spits out seeds when you pull it or touch the seed pods. Some plants are flowering and seeding Right now. 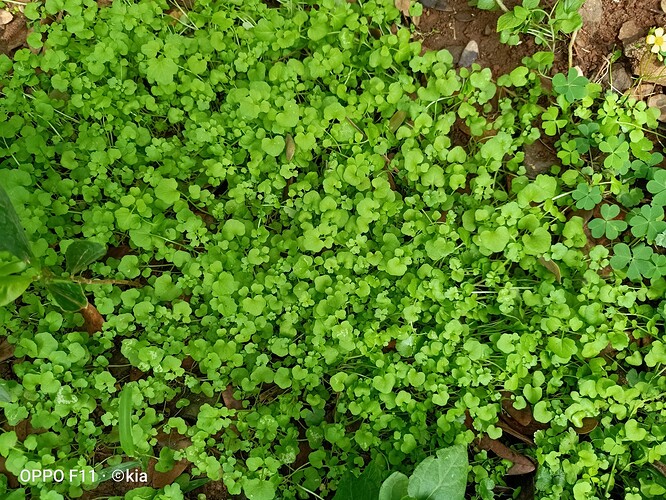 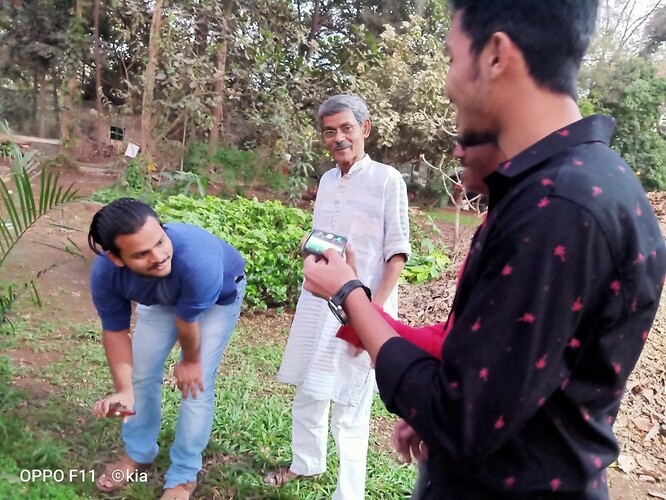 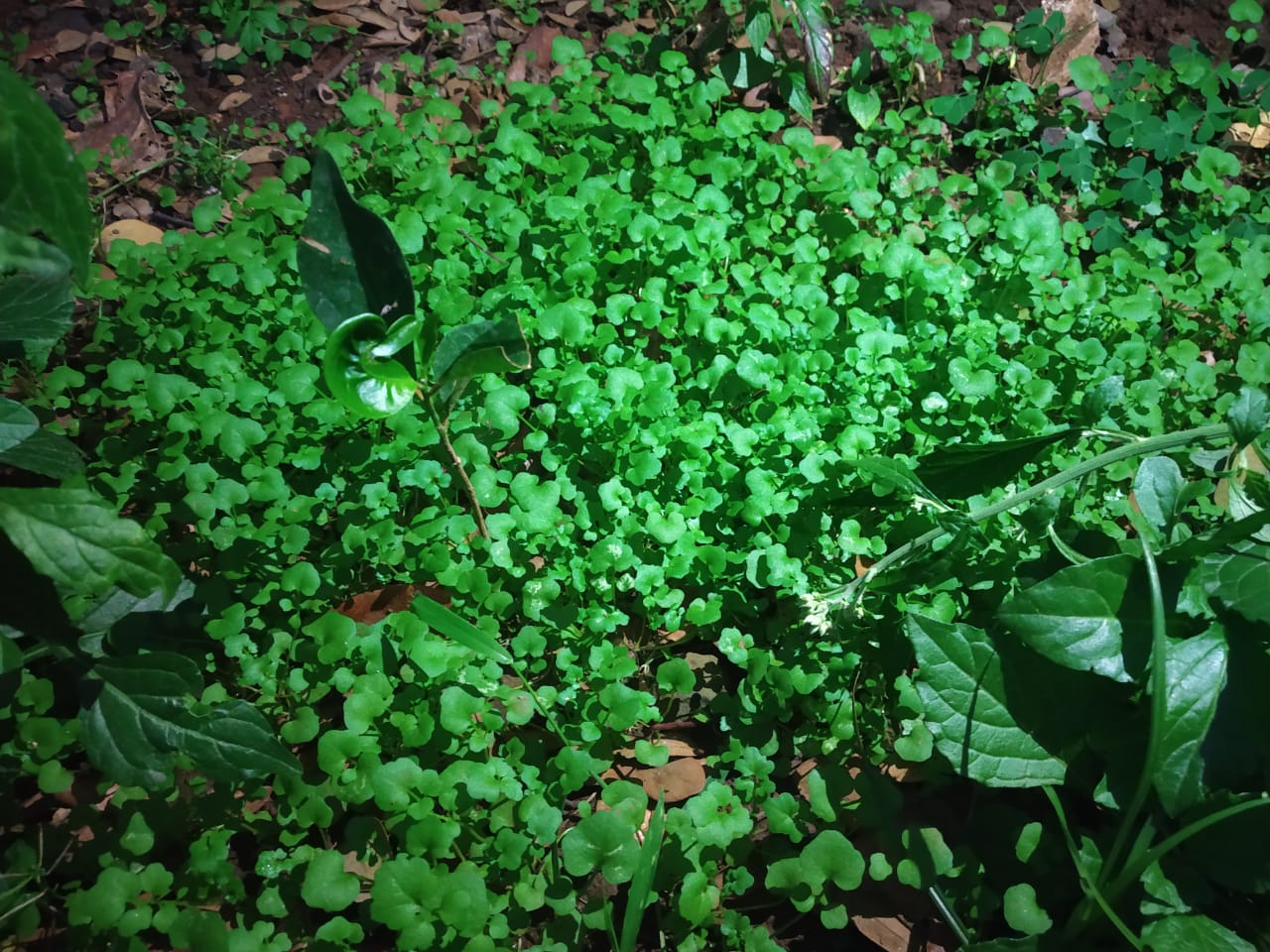 These were the pictures of Cardamine plants growing in Homi Bhabh Centre of science Education what about other places across the INDIA. Let,s start the hunt wherever you will see these little plants and take the picture and post it on the stemgames with date and location.

Note: Cardamine is a small weed growing in all parts of India and is a close relative of the most powerful model system in Plant Science called Arabidopsis. However, Arabidopsis does not grow in Indian condition, except in temperature controlled labs! Hence, Cubists’ interest to develop it into an alternative model in India and other tropical countries! GENE TRANSFER TECHNIQUES ( GENETIC ENGINEERING) can be done in this without fancy labs!

This is all about the Cardamine plants those are flourishing in an open environment, what if i want to culture a nice Cardamine patch for my experimental work? 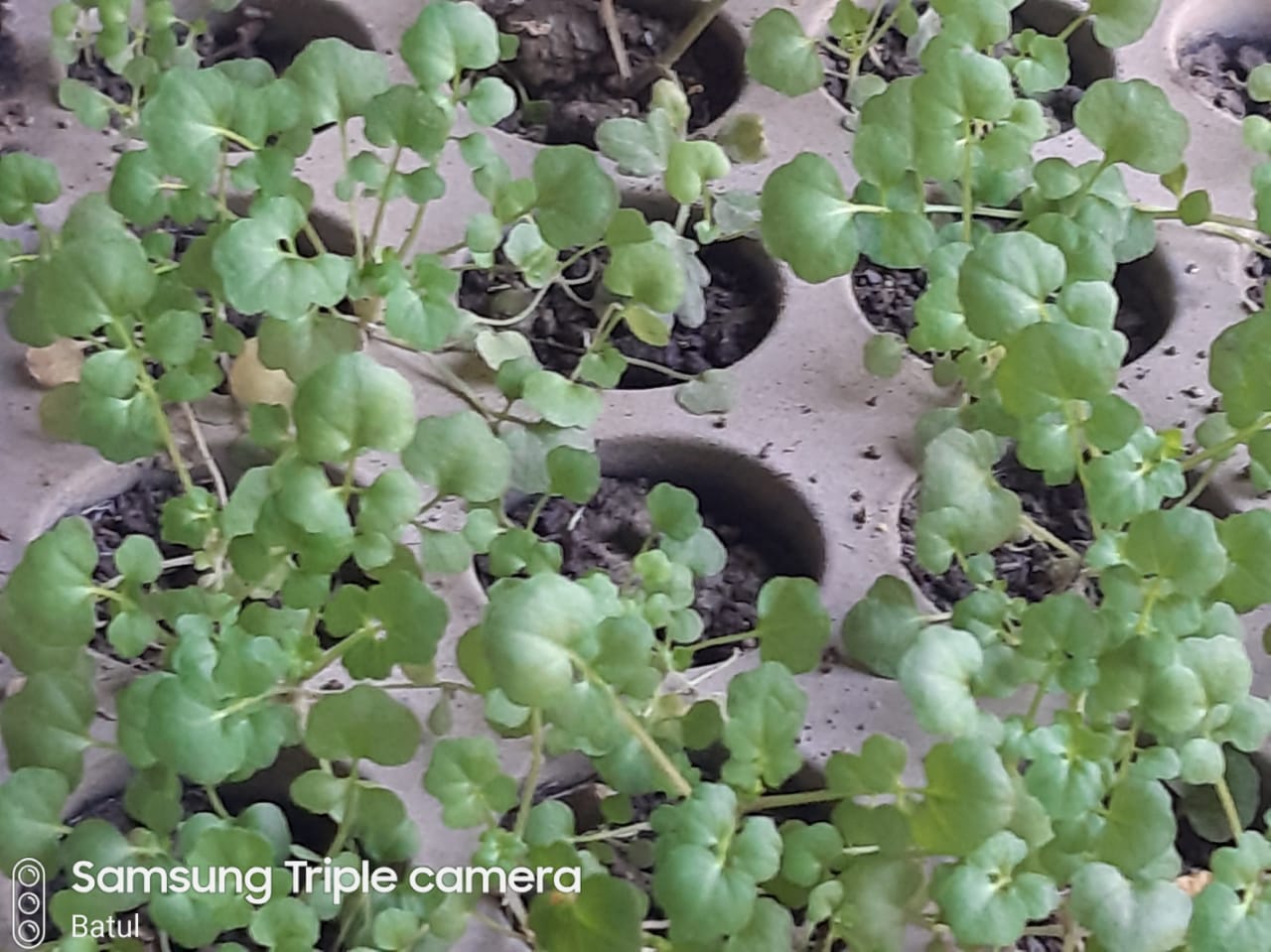 The above picture was clicked by Batul Pipewala from Cube Home/Kitchen lab kolkata one of the CUBIst who is maintaining Cardamine plants. 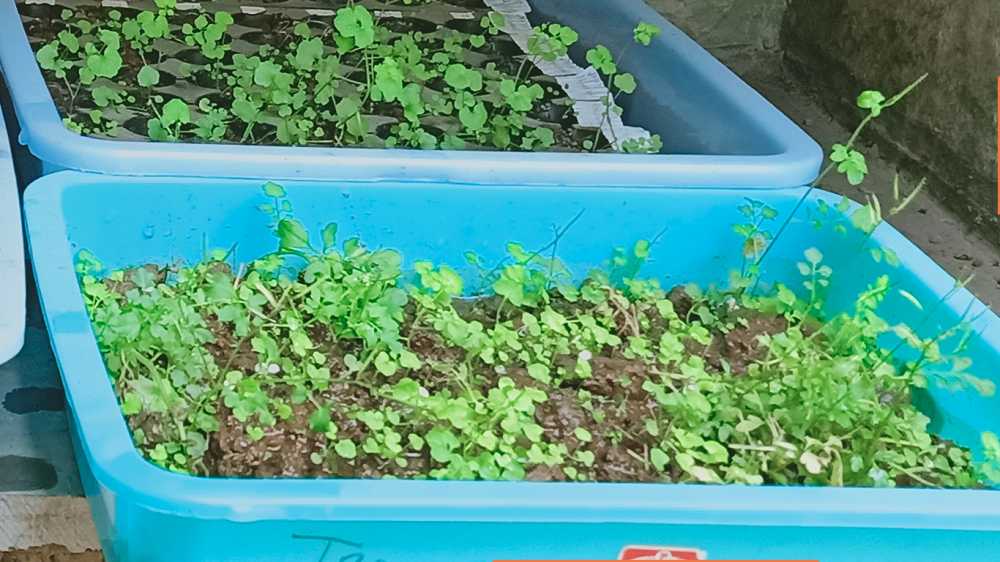 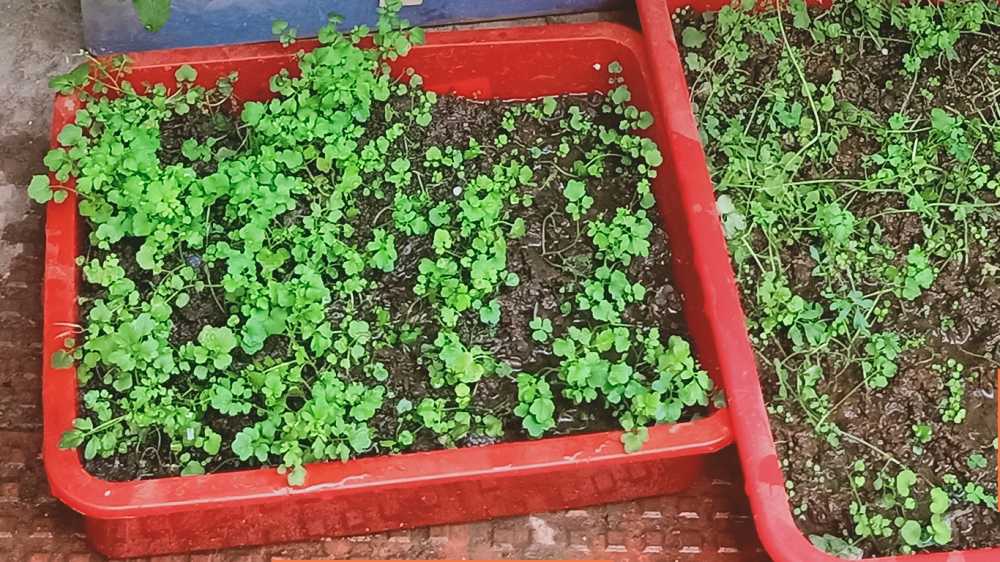 CSRG1000×562 53.3 KB
Cardamine seeds were harvested from Cardamine plant forest and directly sown in the soil.

Cardamine seeds were harvested from yellowish brown ripped seed pods and directly sown in soil in this plastic cup of dimension 4.8cmx4.8cm=length x base. Cardamine were sown on 18.02.2020
Picture A 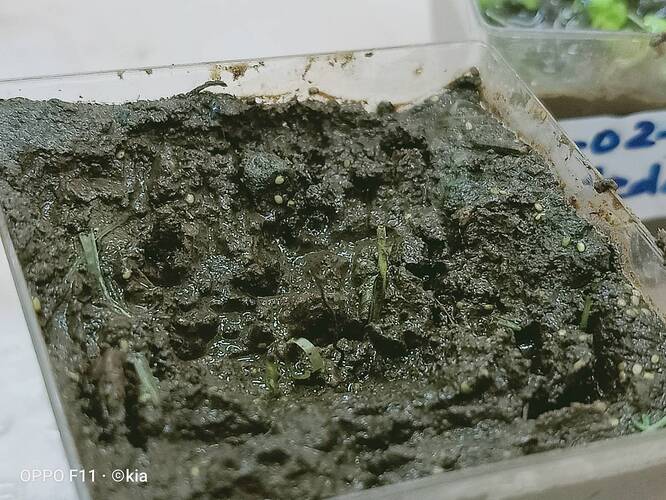 Cardamine seedlings, above picture was snapped on 25.02.2020. Cardamine seeds germinated with in a week.
Picture B 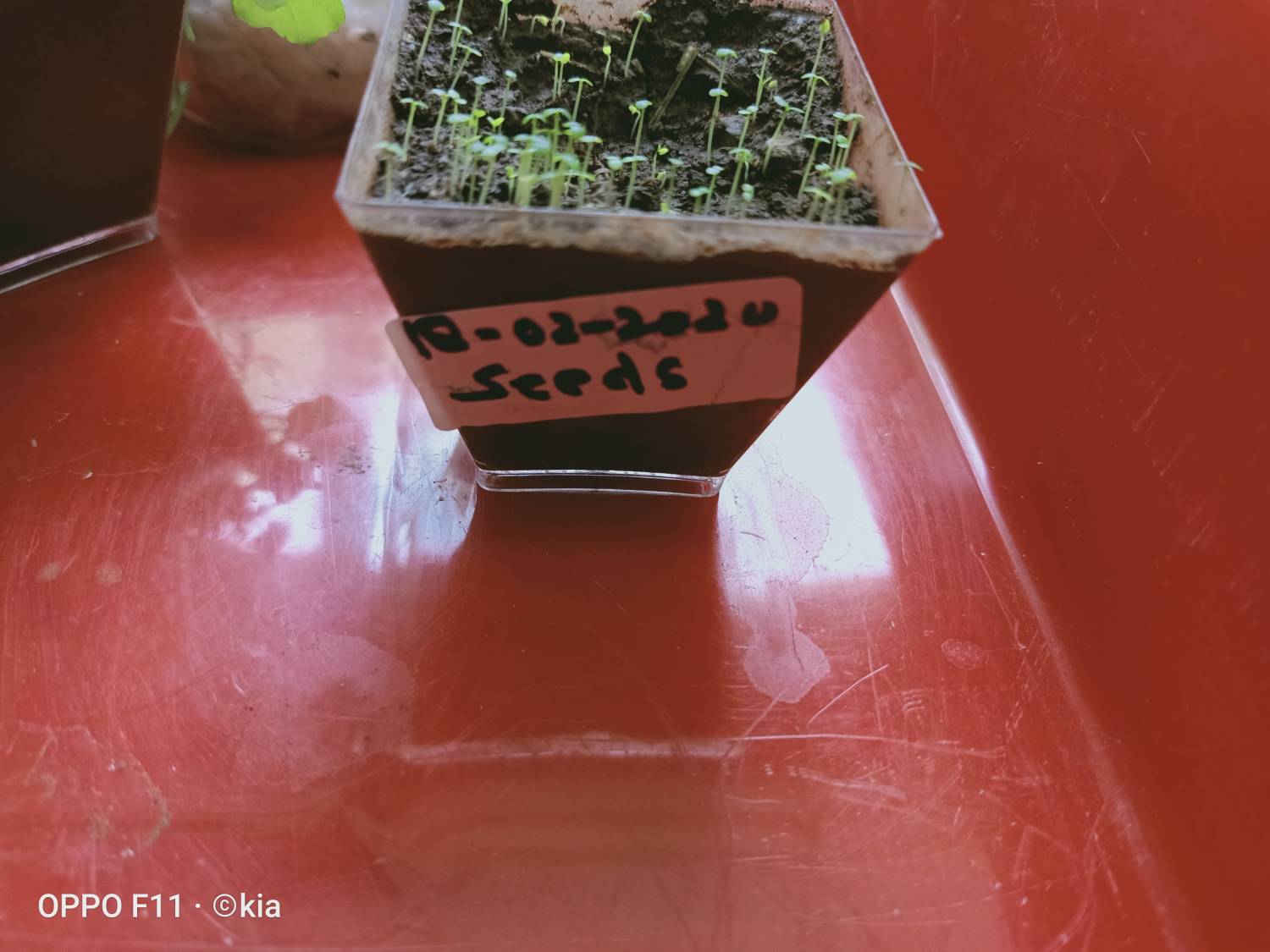 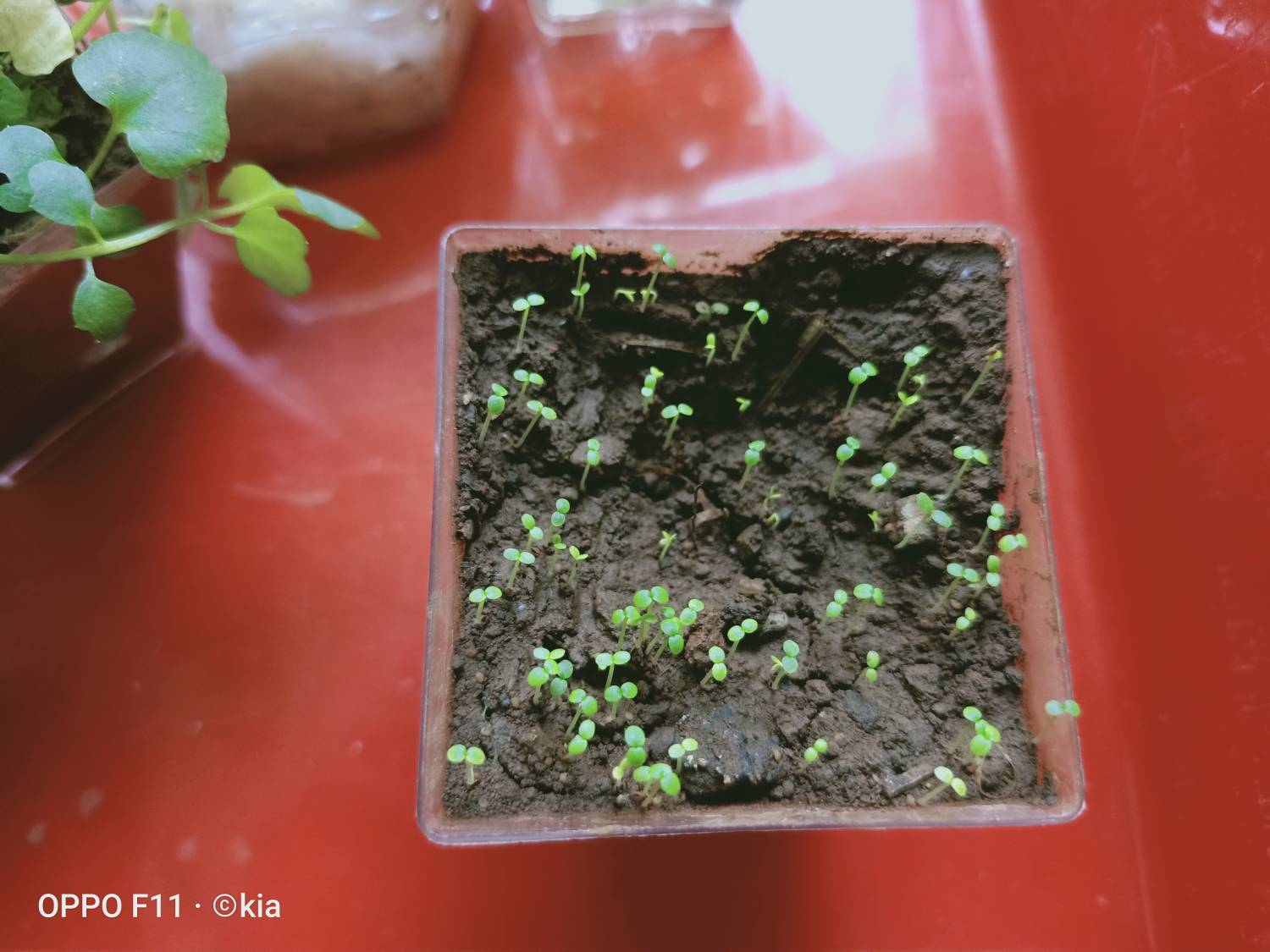 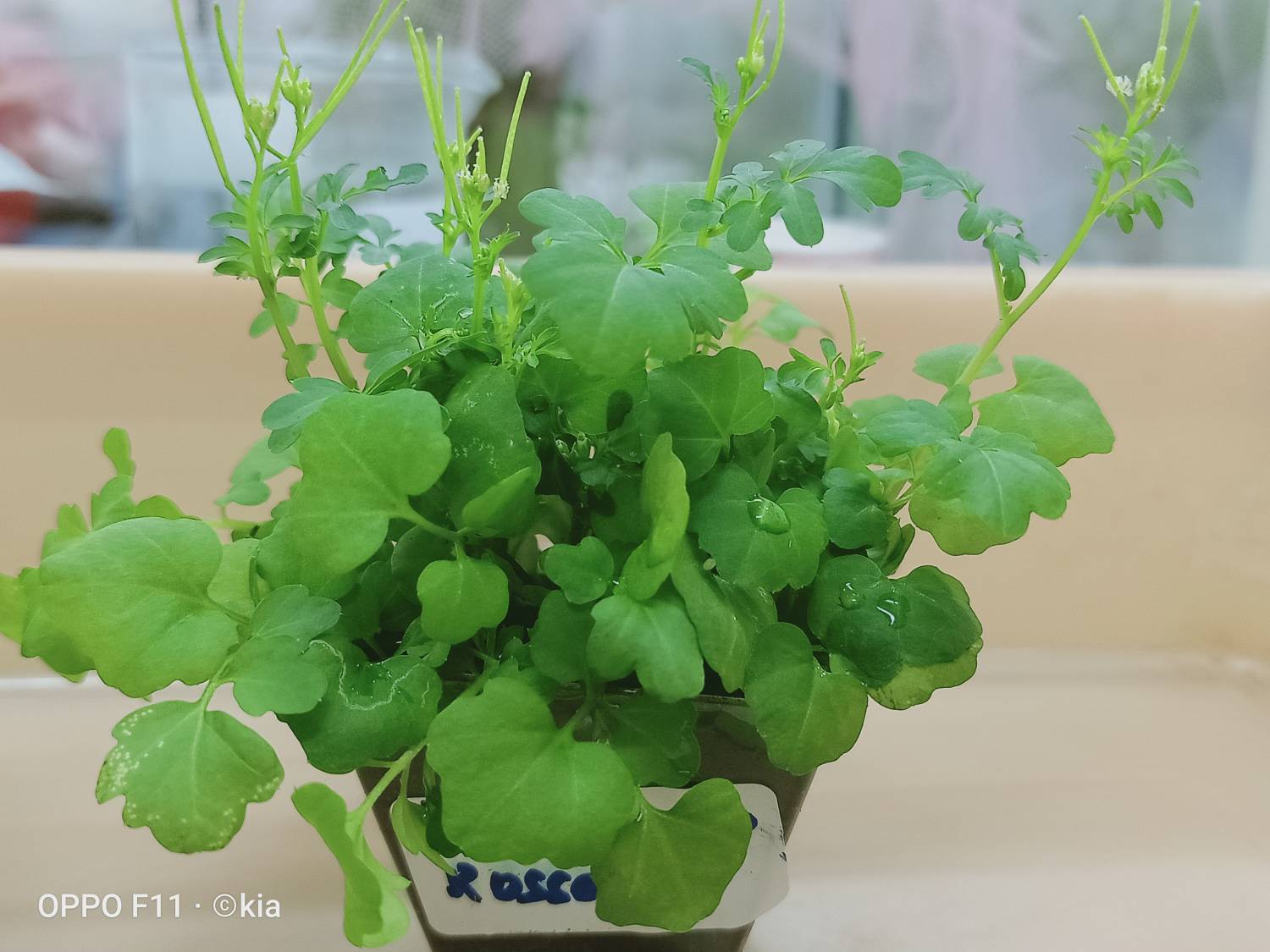 Please give dates and credits with location @KiranyadavR

Who is Kia, who holds the copyright of the photographs posted here?

Kia is me!! Kia names is registered as an author in phone camera setting.