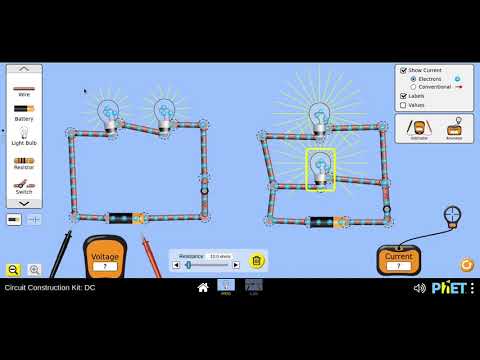 We would also like to get feedback if this was useful and how can be collectively make it better.

The simulation platform is really cool and nice. I also liked the interactive session. I just want to reflect upon the answers of the questions in the reflection section,

As the power consumption at the parallel case is more; hence the brightness of the light source in the parallel source is more than that in series.

Yes even in series configuration we increase the resistance of one bulb by x times, then the current will decrease by (1 + x) times (in the case of two bulbs in series).
And hence the power consumption will be [x/{(1 + x)**2}] times of the former case.
And hence brightness will decrease.