Isolation of C elegans at home lab from soil in Bengal 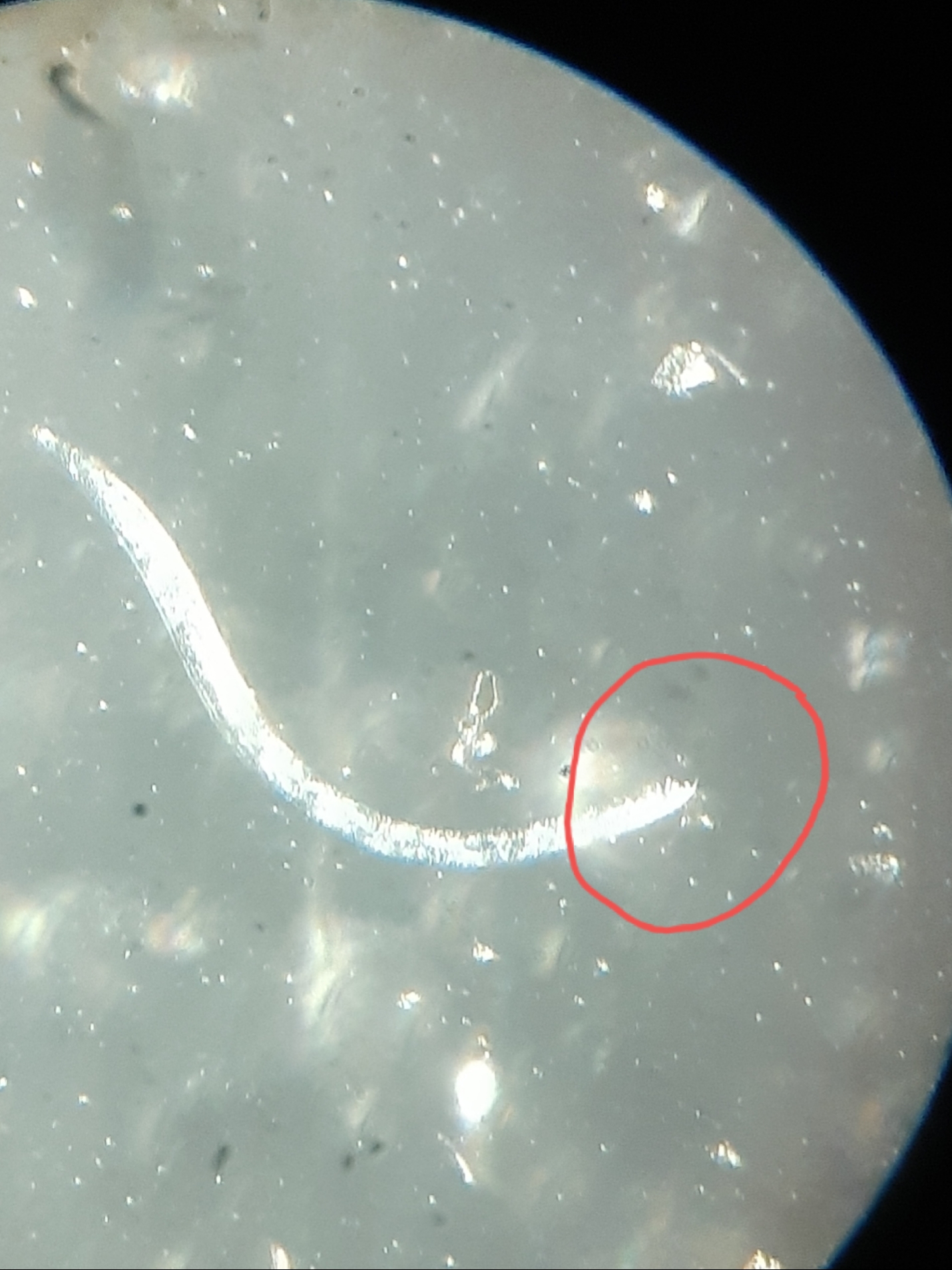 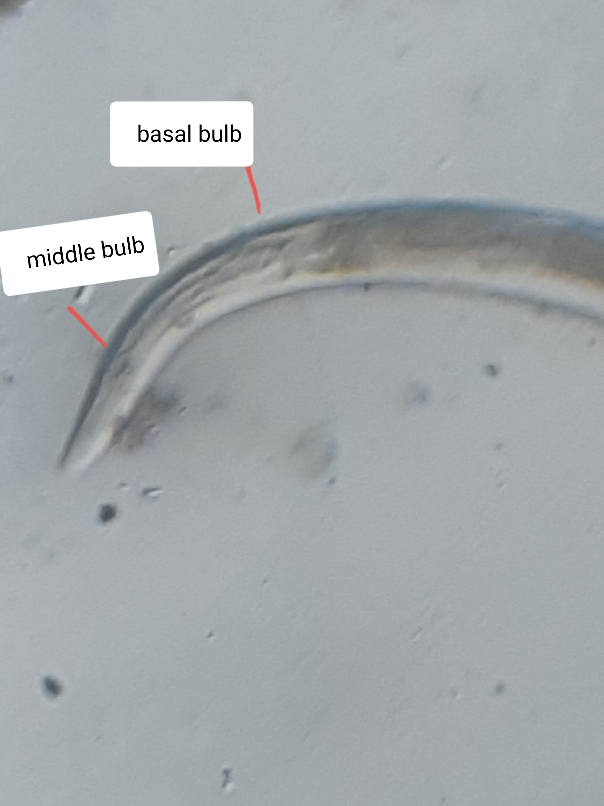 My story of Isolation of C elegans the star nematode from soil sample in Bengal India.

A sprouted potato was cut into slices and soil from Bartir Beel Nilgunj West Bengal mounted on it.10drops of milk was spread on the potato slice to help in growth of bacteria as feed for nematodes. The potato slice was kept on a moist tissue paper.Date of the set up was 8th Dec 20.
On 11th Dec20 I could see growth of bacterial colonies on the potato slice where milk had been put.
On 12th Dec 20, I could see a yellow slimy growth where the bacterial colonies were present.Were they slime mold? I could not prove.

On 16th of Dec 20, there were thousands of nematodes on the potato slice besides the roots and the buds of the potato plant had grown.Surprisingly there was no smell from the potato slice nor any visible fungal growth!!!
On 19th day the nematodes were numerous and were digging deep into the potato slice.I now started mounting them on a slide and observing their features under the compound microscope to identify them.

With the pics I had I discussed my findings in the CUBE Chatshaala in the evening with those who had worked with nematodes and those who had queries about my work.I claimed that the nematode I had isolated was C elegans but they asked for more evidence with pics and references.

Finally on 23rdDec 20 I had enough photo evidence of morphological characteristics of my nematodes to show that they were C elegans namely, a brown gut, two pharyngeal bulbs, straight stoma, vulva in the middle, oval embryos, the tail forming a hook.
Today 25th Dec 20 The nematode culture which has C elegans is still thriving 17 days after set up.

Future Aim:To grow a subculture of only C elegans nematode. 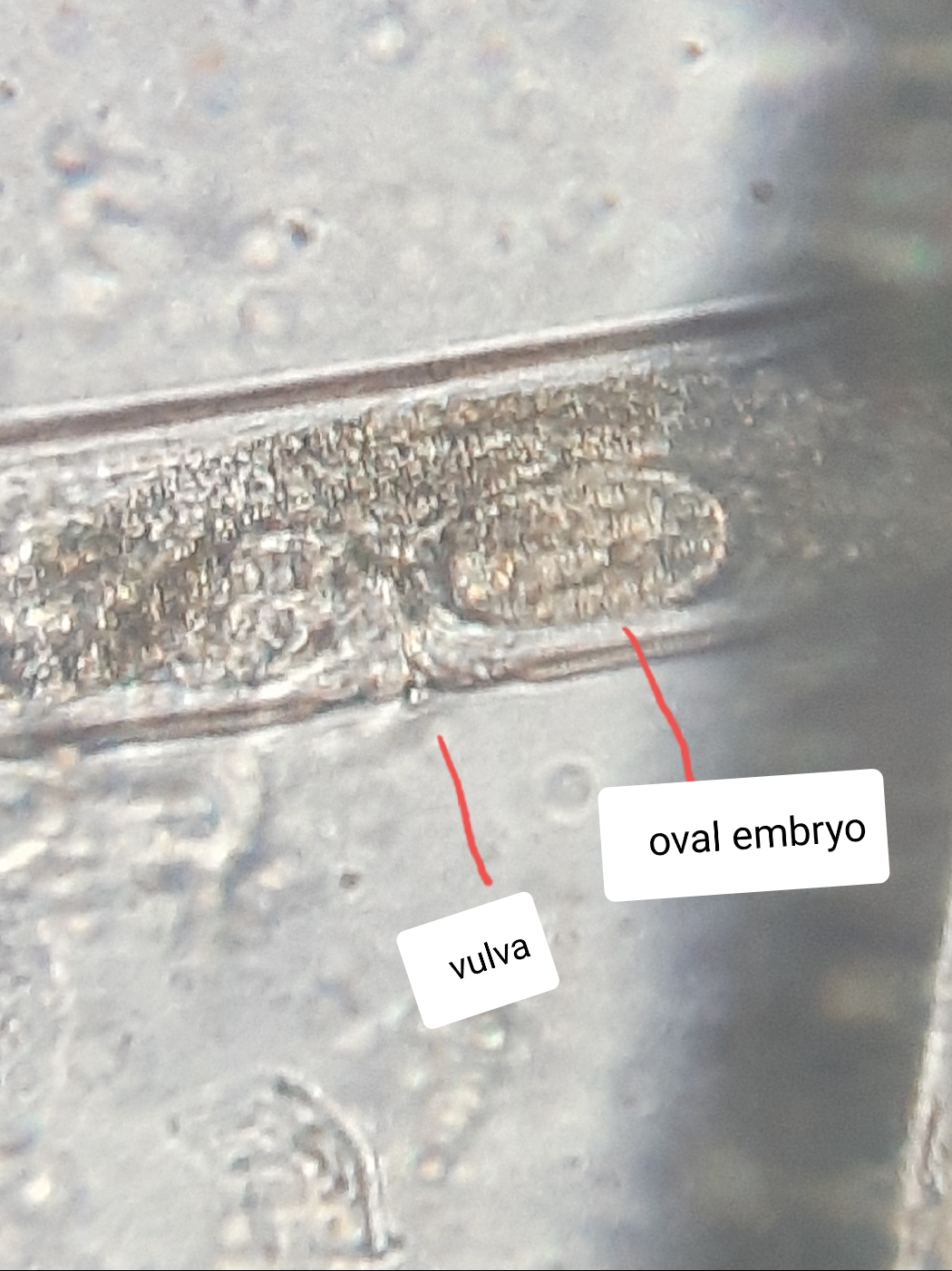