Do Butterflies Mimic Each other! 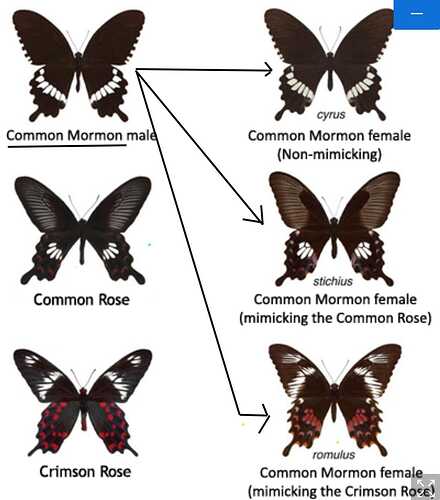 There is a interesting Story from Krishnamegh kunte ,National Centre for Biological Sciences, TIFR ,India.

@Ichha got a news that was from NCBS by Krishnamegh kunte .About the mimicking pattern exist between Common Mormon ,Common rose and Crimson rose .

While discussing we came to know that there are 1 male and 3 female Common Mormon butterflies .In which one of them were mimicking Common rose and Crimson rose butterfly each. 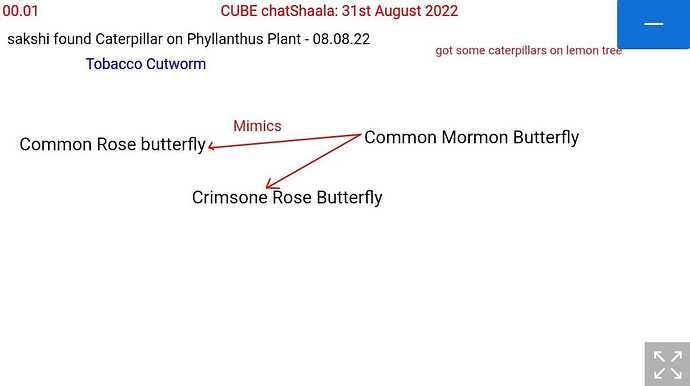 Yesterday the disscussion was started with @sakshiconsultant2002 about the caterpillar that she got from Phyllanthus plant .

@sakshiconsultant2002 kept it in a box and feed them with both P.urinaria and P.amarus plants .

Then we discussed between the differencebetween P.amarus and P urinaria about the flower ,fruits,leaf etc.Also the importance of Phyllanthus plants and the meaning of phyllanthus in Hindi and in Malayalam .

According to @Sakshi that caterpillar similiar to tobacco cut worm.

Then we discussed about the reliability of that .Also tried to explain the anterior and posterior part of caterpillar . 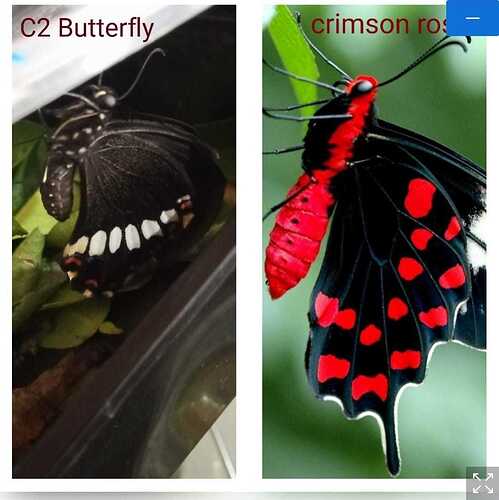 Also in second picture they used a crimson rose butterfly for the comparison with C2 butterfly and mentioned that these were not similiar .

Then we came across the interesting part about the mimicking in butterfly .

Why actually Common Mormon is mimicking other butterflies !?!?!

Also the intersting thing is female Common Mormon is showing this mimicking !

Is this because only to escape from predators ?