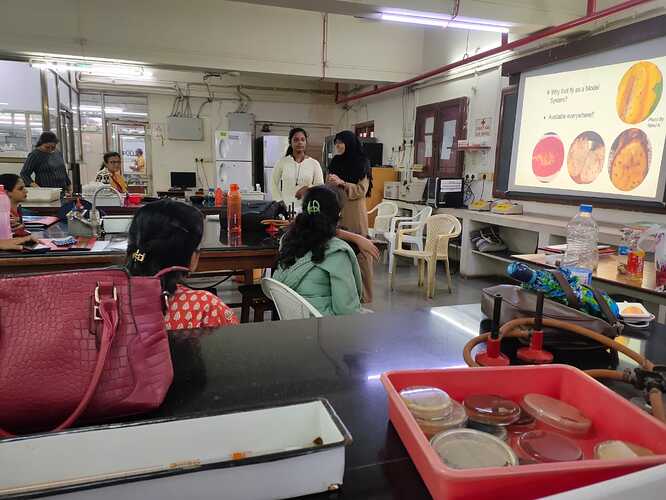 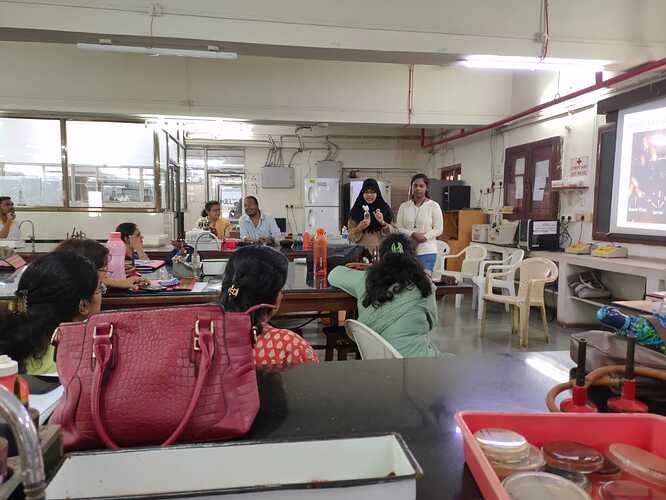 @saida786110 introduced CUBE to teachers and @Isha_23 talked about fruit flies by the help of presentation. She explained why do we use drosophila melanogaster (fruit fly) as a model system. After that we went to SYBSc. Microbiology students to present different model systems and to discuss and explain them what are the model systems CUBists are working on. 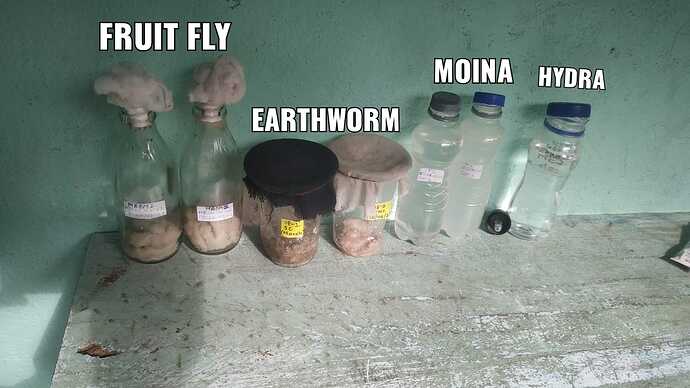 I forgot to mention that the culture i was showing them was given to me by @Misbah and she only wrote the article given above.

We had college presentation that day for internals so @Misbah, @Neha2 and @Parab96k1 couldn’t join us and i left as my work in college was done with everyone’s model systems so in the picture here…
Earthworms were given by @Misbah
Moina by @Neha2
Hydra by @Parab96k1
And Fruit fly by @Smiti (me)

After discussing about nutrition and regeneration in earthworms, i showed them some other model systems and told them about different Citizen science projects…

In the same way @Isha_23 showed them the homemade BRSV (Banana, Rava, Sugar, vinegar) media and told them how it was a alternative to STANDARD CORNMEAL AGAR MEDIA used in College and other research Labs

For this how it’s an alternative (comparison thing), you can go through the article given below

Fruit fly as a context to learn Biochemistry by building up from basics!

Also @dhanraj.tribhuvan explained about why he started culturing hydra and about the regeneration study they performed along with the light and dark experiment

And @saida786110 Discussed about epigenetic studies done on moina, how genes are activated and hemoglobin is produced, because of which moina turns red and how do we connect it with humans… Starting from very basic classification to the complex questions!

Moina as a epigenetic model system by @drishtantmkawale

Moina as an Epigenetic model organism

After 1 hour of discussion we had a Causerie, where the group of 9 students were presenting what each of the mentors discussed with them in front of rest of the class and their teachers, after they were done presenting other groups asked them questions

I don’t know about others but for me this was really fun as we had a Causerie offline with so many people after long 3 months!

Now I’m back with fruit flies and I’m updating about them on groups, soon I’ll be creating a tread here too and will post all my work from the beginning that’s 4th October 2021. Till then stay happy and safe, Thanks for reading

Congratulations @Smiti @saida786110 @Isha_23 Please post to Context2curriculum group and lets have a great discussion on the fall out of this great even at VES college, at Chatshaala.
Please post in all relevant CUBE groups. @Smiti