Last week, while analysing “X made Y”, we ended up reflecting on the notion of “agency”.

Extending the conversation on “What is being Human?”, in the last 5 weeks, we will continue our chat live, this Saturday, 19th Dec 2020, from 3-5 pm at webinar

and if we consider mustard it will not create this. So their is presence of agency.
And we discuss cause and effect and how pot maker’s make pot from clay and coffee machine make coffee.
So to counter this the point is came that to make coffee their are different factors from this we proceed towards creator.
Again @gnowgi sir make point of multiudes. The world has from beginning has different entities and that entities created another and from this variety and disorderness came.
Also they mention if they get boon from God they will ask for variety and randomness from that they will make the universe and rest for life like God did.
Then @Farhan came with idea of coffee maker machine that their is other factors to make coffee.

We have to consider different factors for coffee and human also responsible for making coffee from this I said about the god uniqueness and their is only one creator. In this context sir counter with me about new theory which says from this moment universe begins and we don’t have to care about creator. Then I interepted about past and research concept that every object we invent we say we have researched it. Then sir explained me their will be all space time factor just we have to consider the moment as beginning then we will not create mess and we live happily.
Then @Surjamit came with point of prakriti and purush to counter my single creator. He said their also two seperate entities and he also agree with @gnowgi sir concept of multiudes.
In countering this I presented the model of one source as light which is covered by cylindrical container which has numerous small hole. From this example I want put idea about their only one source which illuminate all holes means all entities in universe. If the source is not their we can get idea about all object.
That is consciousness
From which we observe and their is cause and effect.
So two counter this prakriti and purush I said their is mahattatva above all the single entity from this all the entities in inverse is created.
Also I put idea of imagination of consciousness to prove point of single creator for cause of randomness and multitude.
That’s how conversation ended. Which will continue in next webinar

In this video, we continue the analysis of “X made Y” and agency. We analyse what it means to “make” or “create”. Then we discuss the creation – the world – and debate possible views of explaining these consistently drawing on some ideas about steady-state theory of cosmology, and other theories of creation.

Also, see the description by @palaneprashant

We explored the idea of creating multitude and diversity. One interesting conversation that you could hear is this dialogue between Richard Dawkins and Lawrence Kruas on how to get something from nothing. 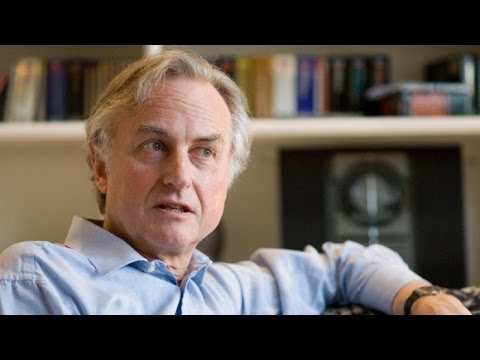 Thank you for sharing this

This may be a good read. I haven’t read it though!

A Universe from Nothing

A Universe from Nothing: Why There Is Something Rather than Nothing is a non-fiction book by the physicist Lawrence M. Krauss, initially published on January 10, 2012 by Free Press. It discusses modern cosmogony and its implications for the debate about the existence of God. The main theme of the book is how "we have discovered that all signs suggest a universe that could and plausibly did arise from a deeper nothing—involving the absence of space itself and—which may one day return to nothing vi...

I watched this and I am agree with with the concept little bit.
Most important thing is to not believe in anyone as he/she is public figure or personality. On writing consciousness post I have also countered by @Arunan sir about reference to it. I just read and shared the pdf of swami Vivekananda about the relativity discussion between Nikola Tesla and swami Vivekananda in 1897.
But it is not proof.
From that I understand that whoever is stating something we don’t have to follow it we have to ask for proof.
Even for the god.
The conversation is really interesting means comprises infinity equal to zero and zero has also mass.
The examples and thought process is amazing.
The best part is when say don’t follow religion and then one lady ask question about science is also like religion.
But the answer from sir is right that we are not claiming we know everything we are searching the answer if we prove something and some other says it is wrong by giving definite proofs we change the concept.
That’s the difference between science and religion.
Religion has definite goals and answer.
Science has definite question and we always search for truth and neglect false assumptions.
@G_N I am now in between for the barefoot discussion from unity to nothing like 1 or 0 like schrodinger cat.

Religion has definite goals and answer.

Religion merely anoints itself as knowing all answers.
I find it rather strange that scientists well versed in the rigors of science never care to mention - even in passing - in any of their writings one tiny iota of the bombastic claims that “vedic scientist” proclaim as being the source of influence - nay make that inspiration - for the scientist and his science.
Even worse I completely fail to understand why any of these blokes, who having read - or heard - the “vedic science” tomes for well over 3000 years failed to come even remotely close to the discoveries of the scientists they claim to have inspired.

That “vedic science” is an oxymoron wrapped in irony.

I don’t know all the vedant I text but which I read or know which is based on vedanta
Like dyaneshwari, kathopanishad, garu puran and concept of DAAN (importants of donation) an other new york vedanta sessions about Vedas and daily

I find significant proofs or we ca say it I very relatble to today’s condition.
An Same them are prooved by science theory.
For example
Adaivta like unduality laws or uncertainty principal.
I don’t know much but I found some of them ar useful. As science student I can or we have to disprove it. Otherwise we have to ignore.
Science every Time ignore what is not correct an from that experience we proceed for highe definite proof

I context what we are discussing
We can say

An Same them are prooved by science theory.

Make sufficiently vague statements in sufficiently large quantities and you will inevitably find cherry picked bits to proclaim as science.
Here is an example:

Not Newton, a Vedic Sanatani scholar Bhaskaracharya documented the principal of Gravity before 1,200 years of Sir Isaac Newton.

One of the leadin’ astronomers & mathematicians of the medieval times ( 12th century) was Bhaskaracharya who in his books ‘Siddhānta Śiromaṇi’ ,and ‘Sūrya Siddhānta’ elaborates Gurutvakarshan Shakti ( gravitational force), before the birth of Sir Isaac Newton of 16th century.

Meaning: The spherical earth standing at the center of the earth in space due to the dharanatmikam sakti, refrains earth from falling away, and assists it to stand firm.

Meaning: Every object falls on the ground due to earth’s force of attraction. This force allows the sun, earth, moon ,and constellations to stay in the orbit.

Bhaskaracharya also further explains the shape of earth in a treatise called Lilavati dedicatin’ to his own daughter by mentionin’ :

"If you draw a very big circle and look at one fourth of its circumference, you see it as a straight line. But in true sense it is a circle. Similarly earth is spherical in shape.”

Spot the fallacy in the above that shows whoever wrote it knew precisely zero about gravity.

Religion is assertion without evidence.
Science is the other way around.

And we are talking for software open source all

this entities are proprietary involving religion (knowledge) as source of income and using us to create big following and in backend doing bad works.

Some of them might be good but most of them are like this.
Now same problem like for copyright or software patent we are facing in past philosophers are faced when they want translate or put blame on the all कर्मकांड and other black magic they ignored them and removed them from society like all big giants are doing in tech and FMCG sector monopoly is created.
But their will their is way and for betterment of society they counter the old text or made their own understanding literature
And change the system one of the well known example is gitarahysya book

by Bal Ganghadar Tilak aka लोकमान्य(accepted by people) Tilak.
And also all philosophers.
Always I think knowledge is God means consciousness which brings all the perception of knowledge.
And everywhere their is knowledge if we observe consciously.
All philosophers had only said one thing take name of the god or that supreme creator and knowledge or knowing or doing anything consciously will show the path of freedom that is open source.
And open source is the freedom where all want to reach.
But they are facing difficulties and neglecting that proper knowledge and trying to sell. Which has created quios in past history and it will be in future.
The person only will survive is the knower of knowledge and they will free from this cycle

Like this all right about God and relate with science and claim we has found path of knowledge path of freedom and they will free from this कालचक्र and attained मुक्ती
Join us we will guide you and predict or do magic and by using science forecast their life and people fall in love of them and donate all thing in wrong way.
दान माहात्म्य ike that but it is true but they don’t tell the all meaning which is great and which is not considered as a daan. Just they will provide incomplete knowledge which will complete their goal of life style.

So, now I can understand @jtd sir what point you have to make

We should collect all the books from all region, time and other aspects to study for barefoot chat
Like we study data sheet of components in #chipchat and makerspace
Then we can solve the equation of x & y
But the philosophy is never ending process.
Because of this we get knowledge and knowledge is the path of freedom

The linked paper is really bad science. It completely misses the oldest knowledge hoarding racket in mankind’s history. Caste.
The author also jumps to an utterly erroneous conclusion of needing IPR to protect businesses.
Which is the exact opposite of the intended purpose of patents. Which is to enable the spread of knowledge through society and provide a limited period in which the patentee to recoup the effort.
Due to precisely this type of apologia - plugged primarily by corporates like GE, Aka Thomas Alva Edison, a known patent troll - that such papers see the light of day.

Also I fail to find even a modicum of similarity in your attempts to link science and religion. Infact I find it quite disgusting that you seek to legitimise a whole lot of thoroughly discriminatory, inhuman and illogical ancient texts by cherry picking bits and pieces that suit you.

“Can you prove that all ancient text are wrong.
So, let’s challenge this and do the needful work”

sir how to defend science because it is STEM of all ecosystem.

sir how to defend science because it is STEM of all ecosystem.

Science defends itself by being a stringent critic of itself. There is a never ending process of rigorous introspection.